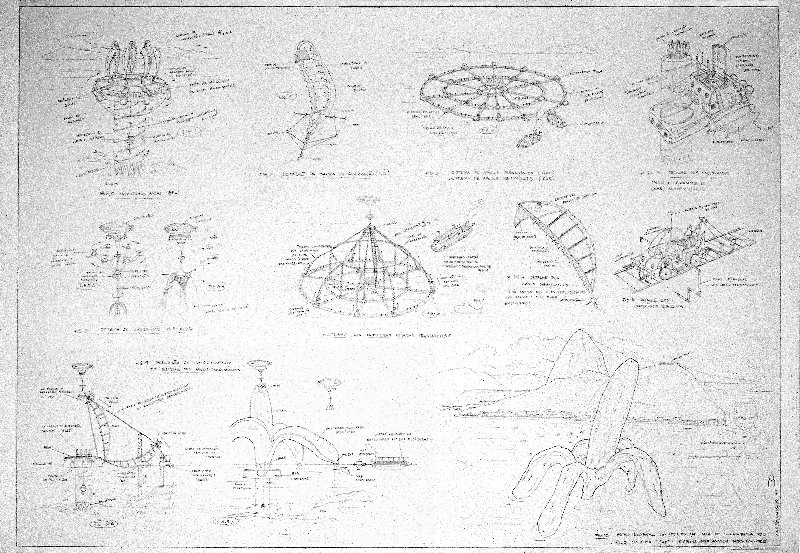 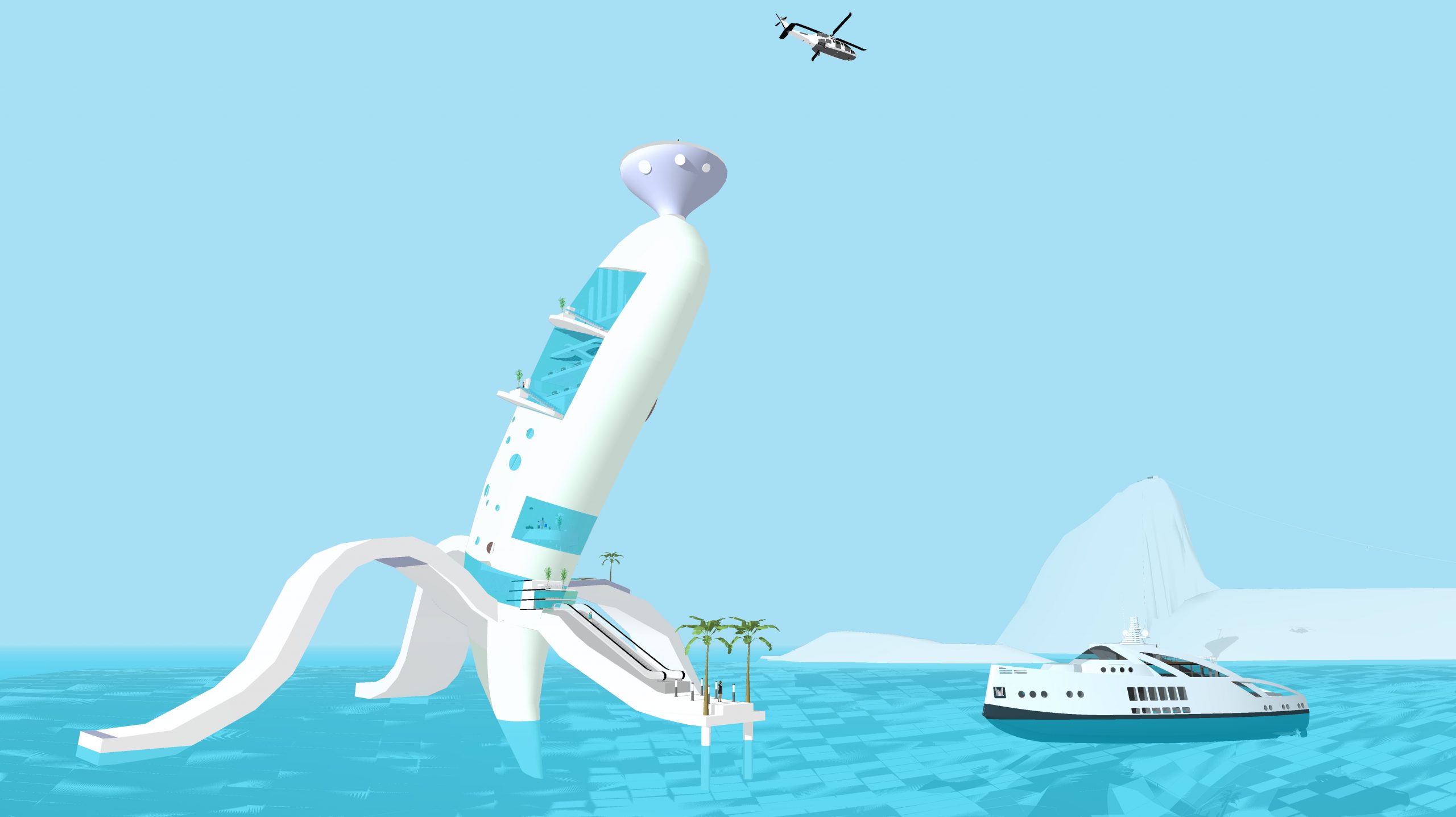 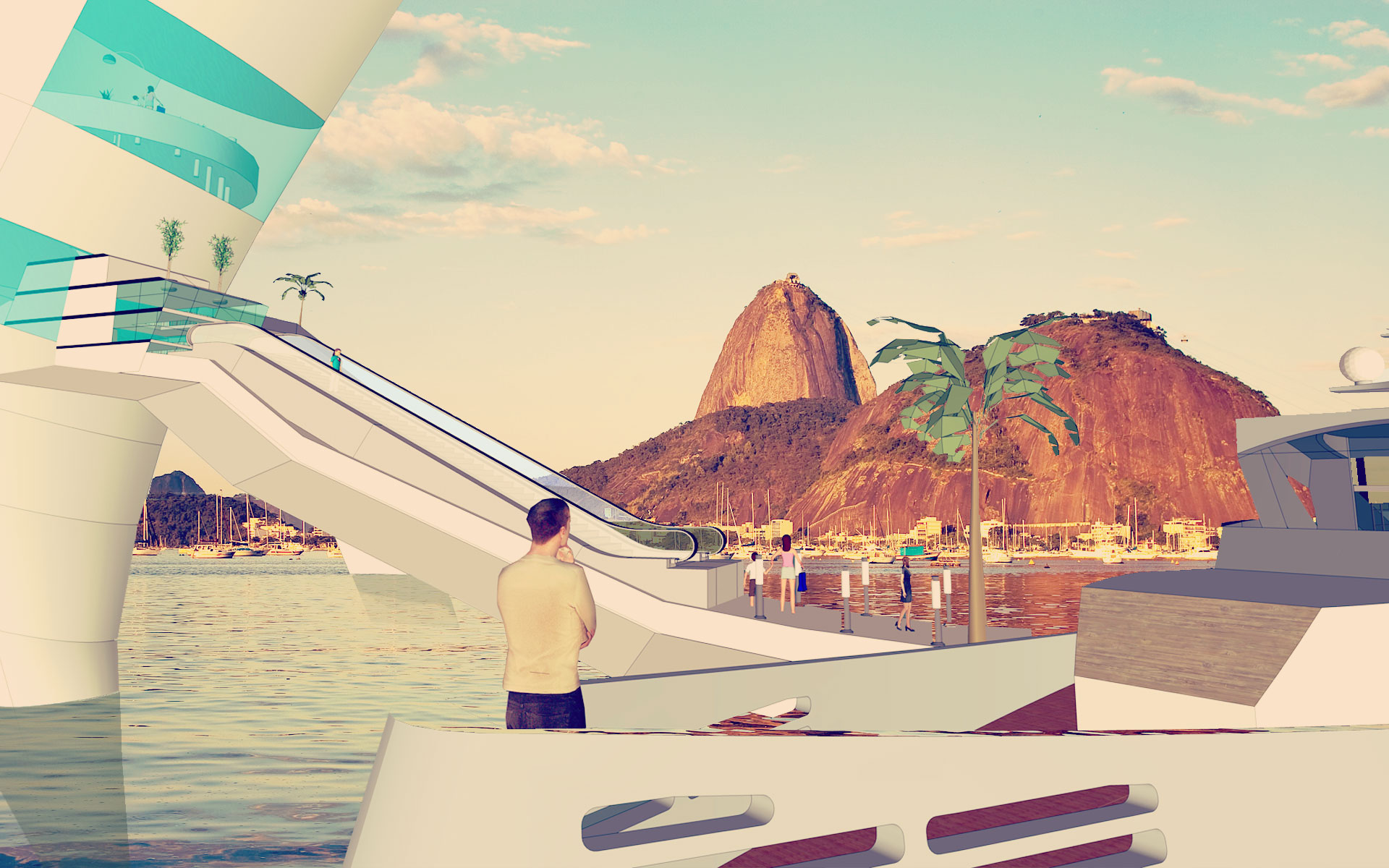 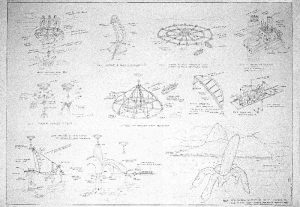 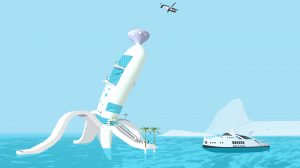 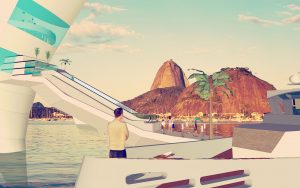 Credits: Work inspired by a drawing by Miton Machado

In 2014, the fictional property company Da Silva Brokers announced the construction of a luxury, banana-shaped hotel in Guanabara Bay, Rio de Janeiro. Based on a sketch by architect Milton Machado (who envisioned a futuristic building on the same site in the 1960s), the hotel’s opening was intended to coincide with the 2016 Olympic Games. Dubbed the Hotel Tropical, the exclusive building consisted of a tower shaped like a half-peeled banana emerging from the sea, accessible only by boat. This architectural design encapsulated Brazil’s stereotype as a tourist destination by exploiting the fruit’s sexual connotations. The project was considered to be outrageous. At the time, Brazil was experiencing unrest due to unequal opportunities, a lack of public services, racism and violence, while the country was promoting tourism and high-end accommodation for the Olympic Games.

The Hotel Tropical was described in great detail on Da Silva Brokers’ website, as though it were a genuine construction project. This included plans and elevated renderings of the building. It was also widely publicised, both on citywide billboards and through presentations by representatives of Da Silva Brokers in São Paolo and beyond. In the municipality of Sorocaba, Da Silva Brokers set up a small stand in a shopping centre to promote the project. The artists behind Da Silva Brokers even went so far as to hold a mock ceremony to officially open the project. The ceremony was covered by Belgian media, which awakened local interest in the building and sparked protests by neighbourhood residents against the project. The protests grew and a petition was started to halt the project. Da Silva Brokers ultimately ‘cancelled’ the project due to the unrest. The project proved that the ridiculous construction of an enormous, banana-shaped, luxury hotel seemed plausible in Brazil, where it was apparently more important to support large companies and satisfy the exotifying gaze of foreign tourists than to deal with the environmental, social and aesthetic impact of such a construction.