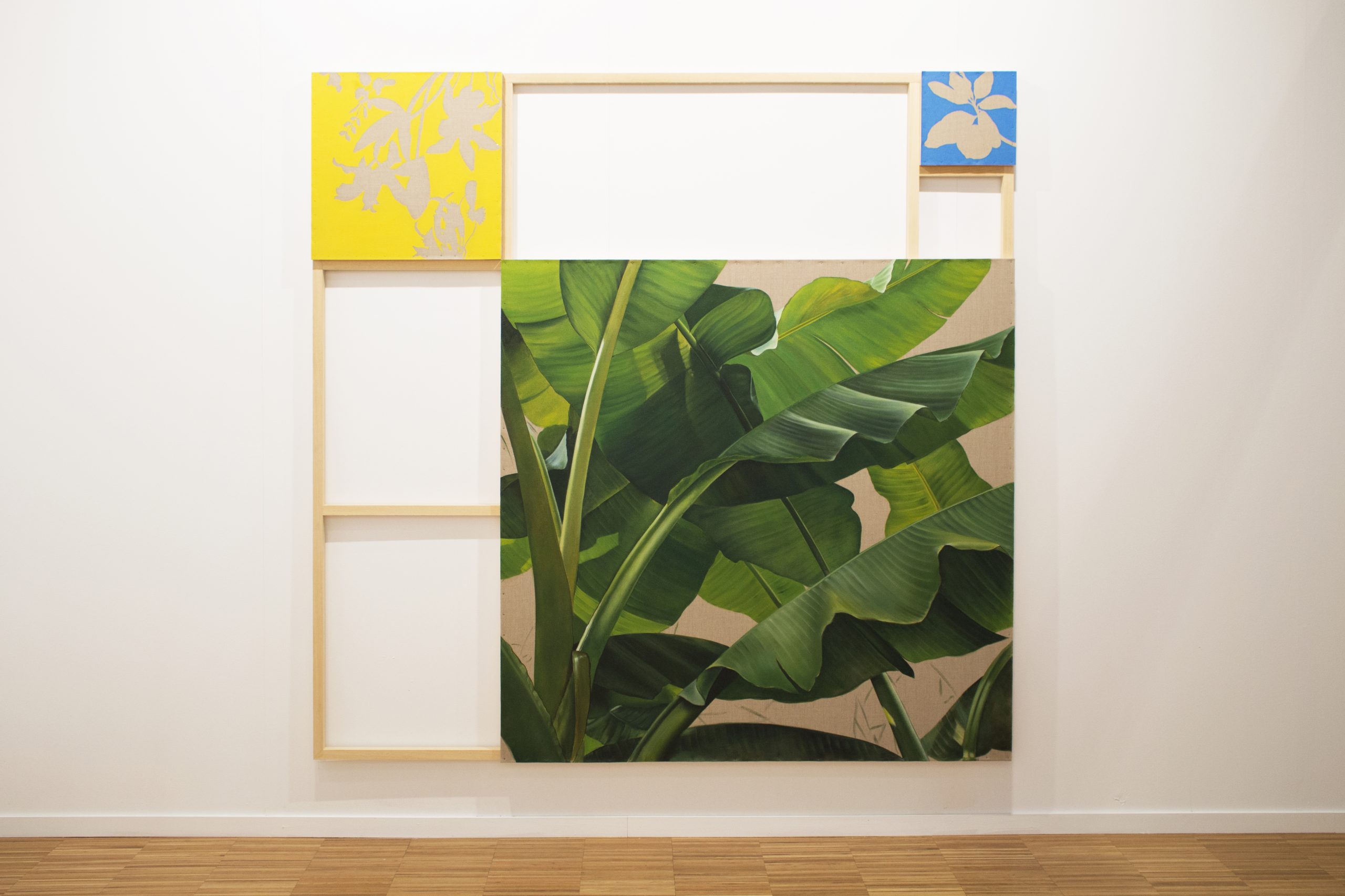 Credits: Image courtesy of the artist and Galería Sabrina Amrani

The Spanish-Argentinian artist Gabriela Bettini explores the relationship between local landscapes, traditional ways of life, and feminisms, in pieces that examine the close relationship between the exploitation of the female body and that of natural resources. The artist unmasks the real motivations behind the regulation of the ecosystem, often seemingly harmless, with profitable industrial and scientific purposes. In works such as Musa paradisiaca, from 2018, and Musa x paradisiaca, from 2019, Bettini reflects on the deforestation processes in the Americas caused by some of the most predatory monocultures, such as cacao, sugar and strawberries, focusing on this occasion on bananas (the scientific name of which is musa paradisiaca).

Bettini’s oil painting series also alludes to three pioneering women in environmentalism. On the one hand, the profusely detailed representations of worms and butterflies are reminiscent of the picture books of 17th-century German entomologist, Anna Maria Sibylla Merian. On the other hand, Bettini’s paintings also evoke the prolific botanical art collection of the 19th century explorer, Marianne North, who defied Victorian codes of scientific illustration by richly recording tropical fauna and flora – including several now extinct species – coexisting harmoniously in their natural surroundings. In these pieces, by including regular monochrome forms, Bettini also refers to the book, Monocultures of the Mind by Vandana Shiva, published in 1993. In this book, the Indian activist and academic denounces monocultures as a colonialist practice that violently imposes the homogenisation of societies and their agriculture in the Global South by suppressing the free growth of species and, in turn, promoting the commercialisation of life. The almost hyper-realistic representations that Bettini creates of extravagant natural species are combined with large monochromatic rectangular areas that operate almost like negative space, reminiscent of geometric abstraction. These rigid, block colour forms amidst exuberant forms lead us to think of the rigid hetero-patriarchal structures of classification that often dominate the narratives of history, scientific investigation, and creative processes.