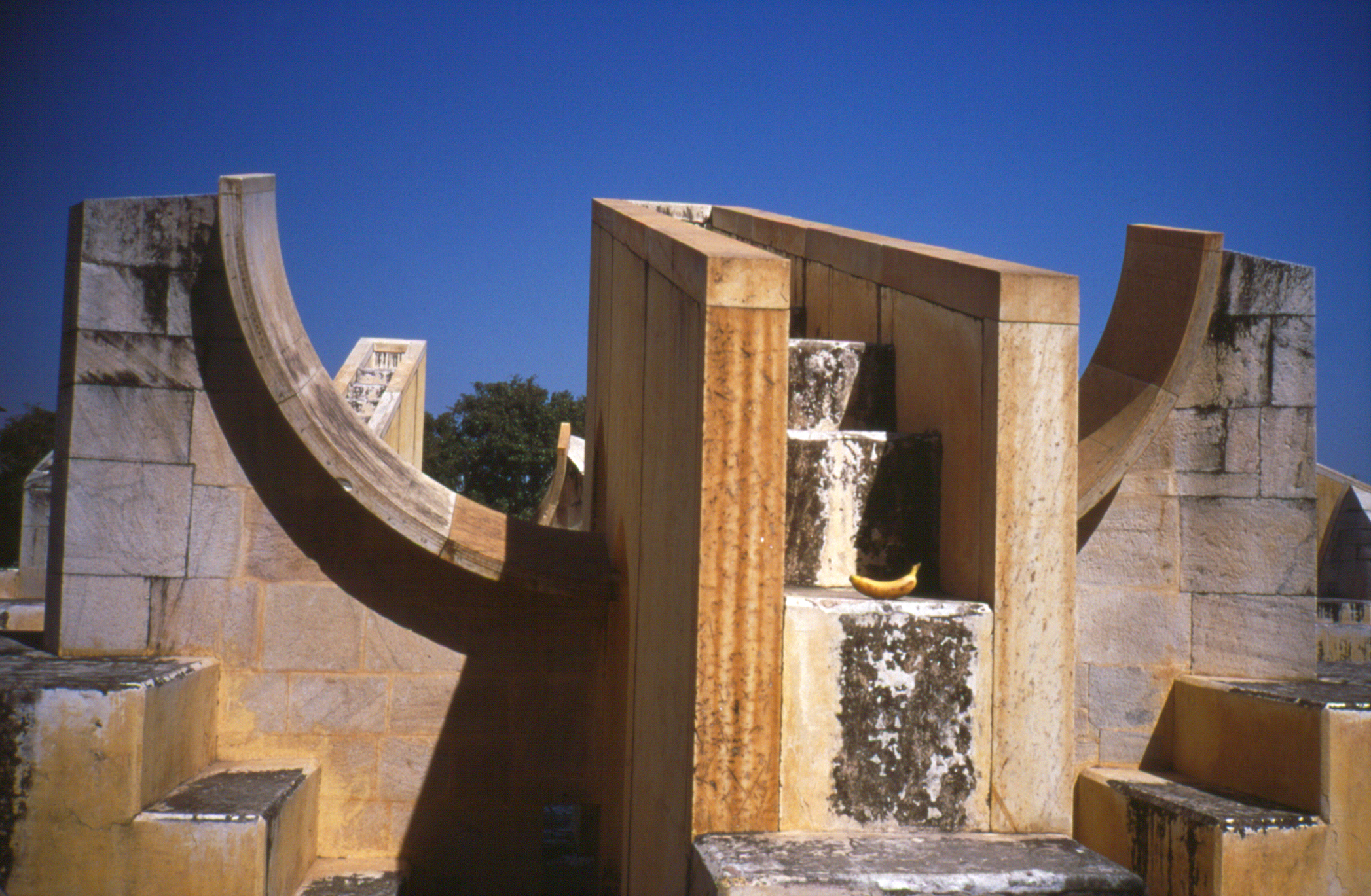 Credits: Courtesy of the artist and of Marian Goodman Gallery

Known for highlighting the extraordinary in the everyday in his work, the Mexican artist, Gabriel Orozco, sometimes photographs everyday items in their usual context to highlight their function as signifier and signified. On other occasions, Orozco slightly alters the space, setting an object out of place in a different context to usual. That’s what we see in this piece, in which the artist rehouses a banana into the middle of a giant sundial. Half way between contemporary and pre-Columbian architecture, the sundial harks back to the style of the American architect, Robert Venturi, in that elements of classic antiquity are revisited with a kitsch lense. Adding a layer of meaning to this palimpsest, Orozco places a banana where the clock hand should be. In a composition that reminds us of the legends about the sacrificing of maidens at the altar, here the banana appears selfish as if it was a cult object to be revered. With this simple gesture, Orozco gives the fruit the status it deserves, calling the viewer’s attention to its important role in the history and culture of Latin America. Years later, in 2007, Orozco made a series of photographs entitled Bananas in which you see a bunch of bananas on the ground next to a tree trunk. Following an opposite strategy to the former, in that piece the artist highlights the shapely beauty of the banana, that often goes unnoticed, by the simple act of photographing it close up. When viewing the bunch of bananas close up, it seems to come alive and is even reminiscent of a group of figures.