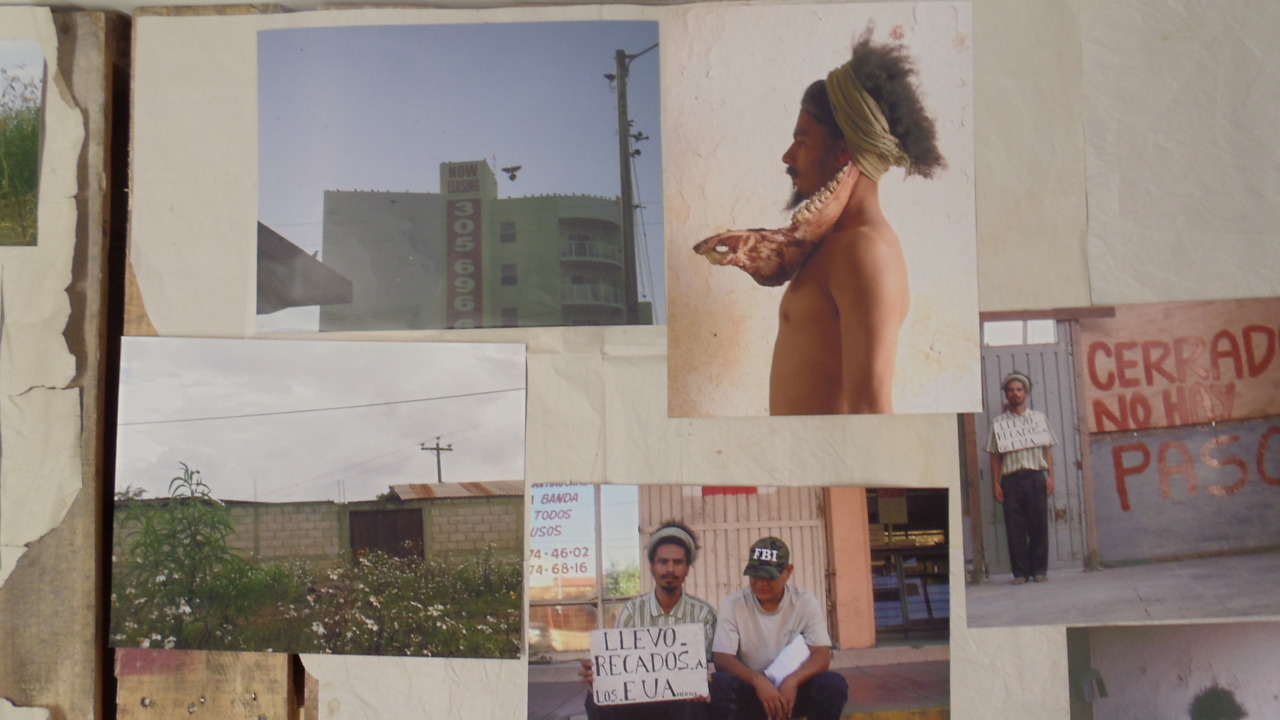 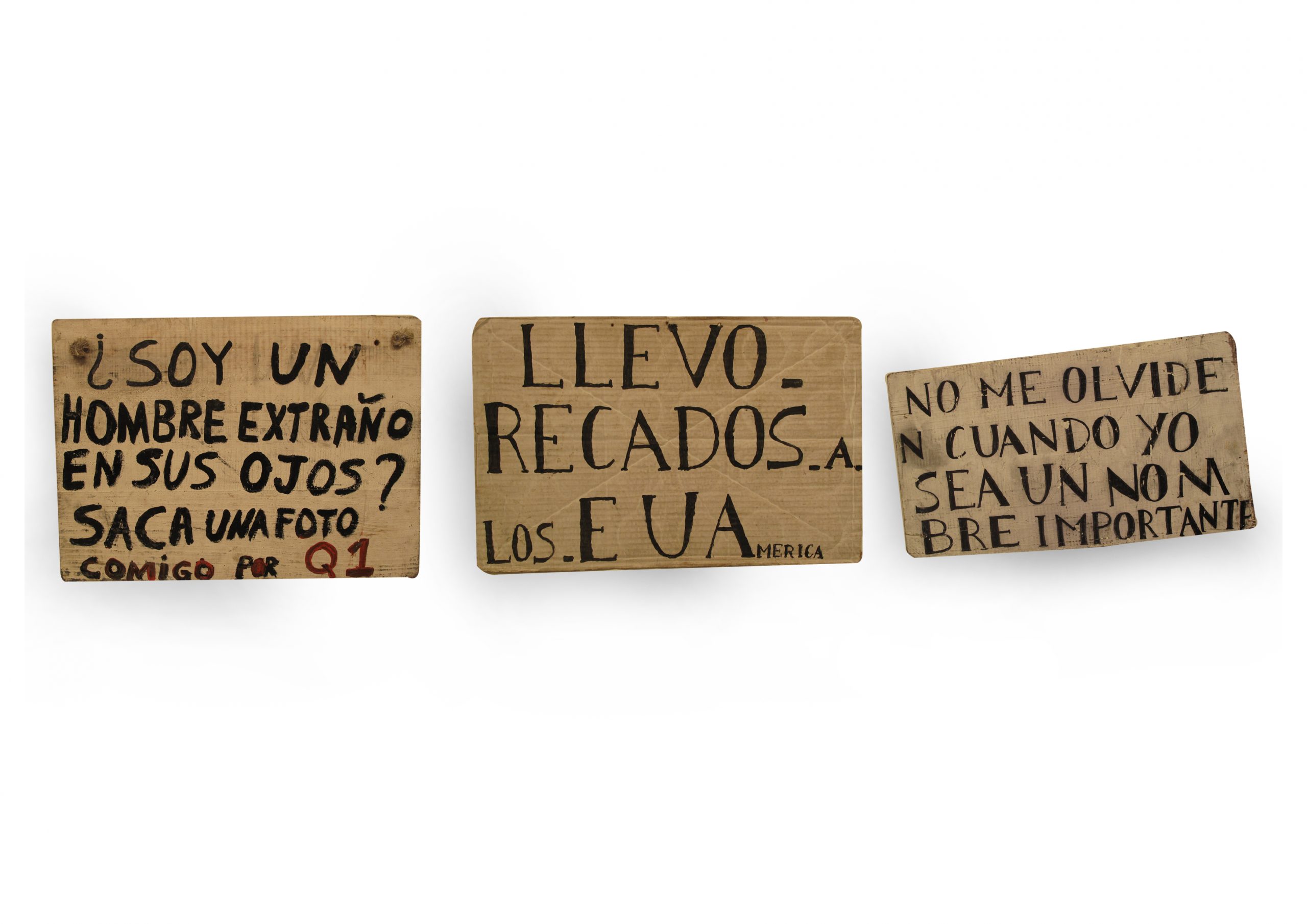 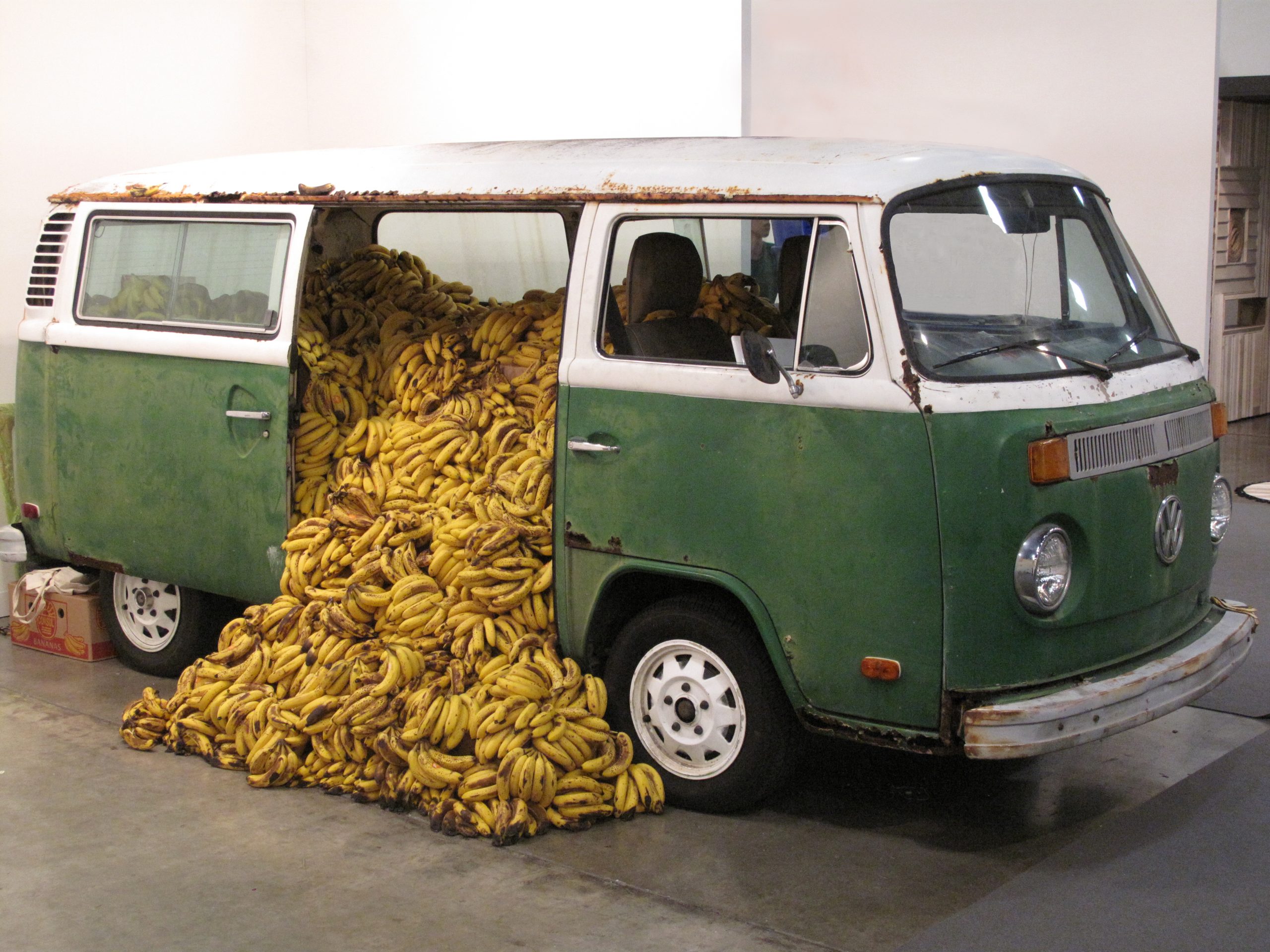 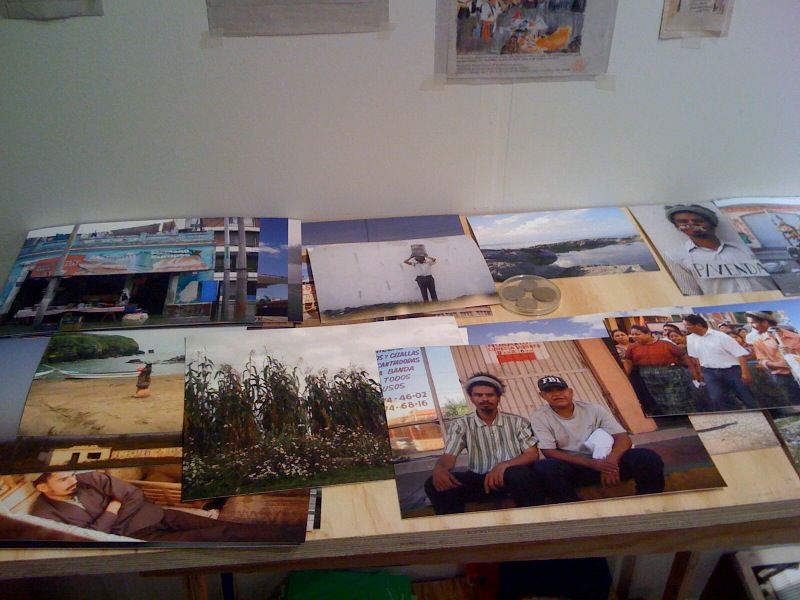 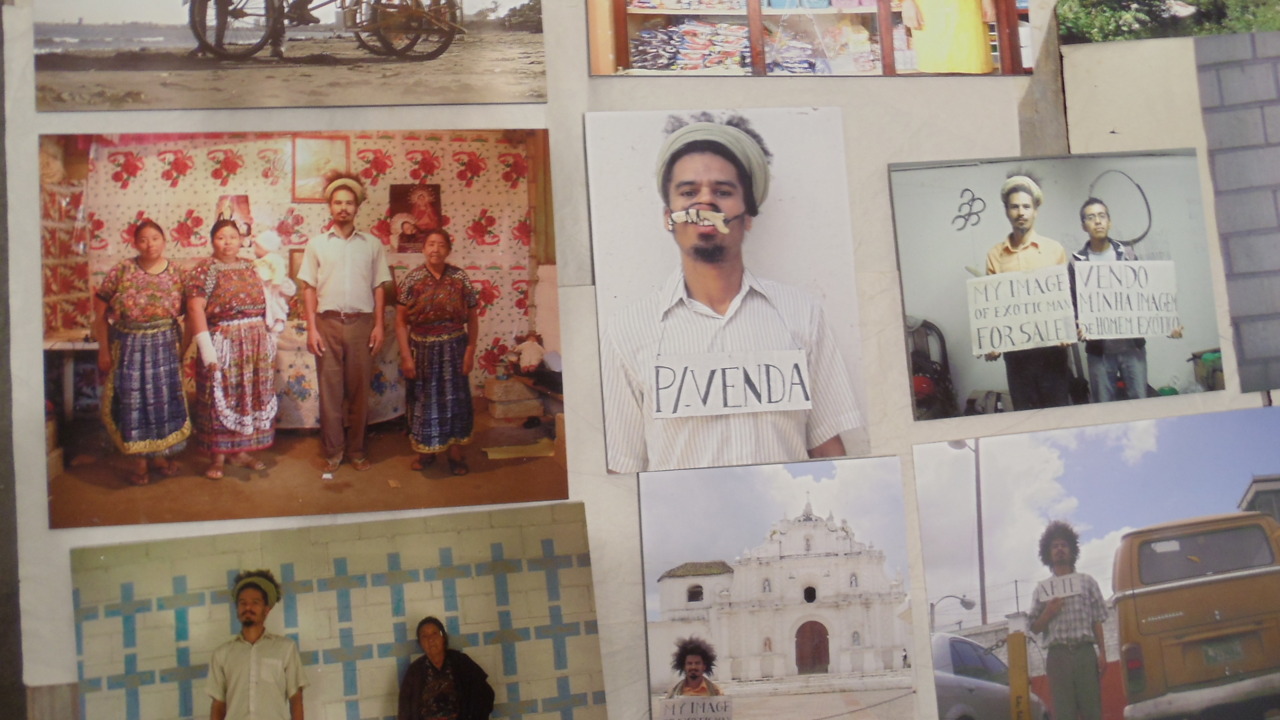 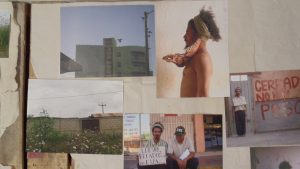 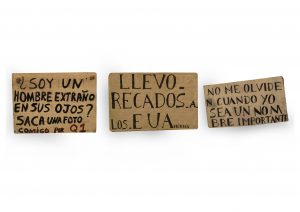 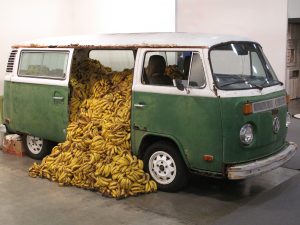 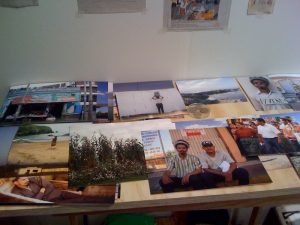 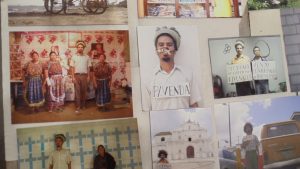 In 2010, as part of a project titled Noticias de América (News from the Americas),  Brazilian artist Paulo Nazareth embarked on a journey on foot from Belo Horizonte to New York, crossing fifteen countries on the way. After almost thirteen months of traveling, the artist washed his tired feet in the Hudson River and headed to Miami to participate in the city’s famous art fair. Once there, he displayed the documentation of his trip (photographs, drawings, handwritten notes, etc.) next to a 1978 Volkswagen pickup overflowing with bunches of bananas purchased in Guatemala, a symbol of the countries known as “banana republics”. As the days went by, the aroma of the bananas ripening in the truck spread through the fair, inviting spectators to participate in the game. Halfway between installation and performance, in this work Nazareth assumed various identities: that of an artist, traveling salesman and object of desire exposed to the exotic gaze of the collector, among others. The visitors to the fair who took a closer look at the striking installation, reminiscent of the Brazilian flag with the light green color of the truck and the yellow of the banana trees, were sold bananas for 10 dollars a piece. The fair’s cleaning staff, however, were given the fruit for free. This unequal treatment would offend an assistant who took it upon themselves to steal a banana, thus unconsciously underlining the purpose of the piece. Nazareth also autographed the bananas that he sold and took photos with spectators, holding a poster with the inscription “My image of exotic man for sale”. Banana Market draws attention to the commercialism of art and artists and to the imbalances of power that exist between producing and consuming countries.