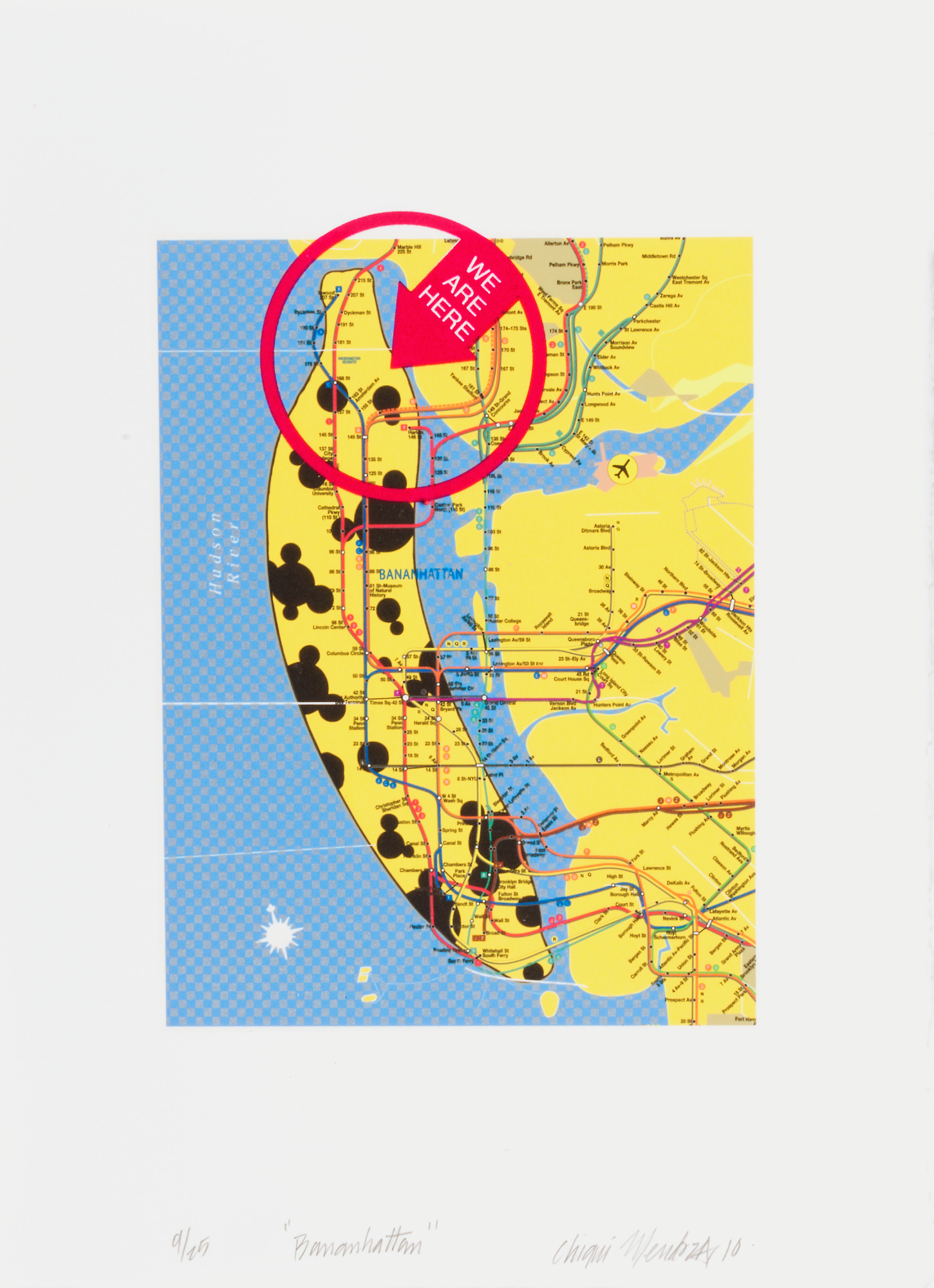 Credits: Collection and Copyright: Smithsonian American Art Museum, acquisition possible thanks to the R. P. Whitty Company and the Cooperating Committee on Architecture.

Dominican York Proyecto GRAFICA is a printmaking collective of 12 artists of Dominican descent who live and work in New York under the leadership of Pepe Coronado, they explore themes like migration and exile in their work. Yunior Chiqui Mendoza created Bananhattan as part of Manifestaciones, Dominican York Proyecto GRAFICA’s first art project, made up of 12 prints created with various techniques and in a limited run of 250 copies. In this screenprint Chiqui Mendoza gives a nod to the city’s nickname ‘The Big Apple’ by giving the island of Manhattan a new name, ‘Bananhattan’. The artist also modifies the subway map of the island to transform it into a banana crisscrossed by arteries in the colours of each line with the name of each station. Public transport is the most common way for working class people to get around the city, but Chiqui Mendoza highlights that this is a map of Dominican culture in New York by circling the area of Washington Heights which is the population centre for ‘Dominican Yorks’. Chiqui Mendoza visually reclaims this terminology, originally used pejoratively in reference to sportsmen of Dominican origin who played in American teams and later to signal criminals: the artist overshadows the city with the image of banana which directly refers to the Dominican Republic, one of the main exporters of bananas to the global market, and thus underlines the cultural importance of the Dominican community in New York.