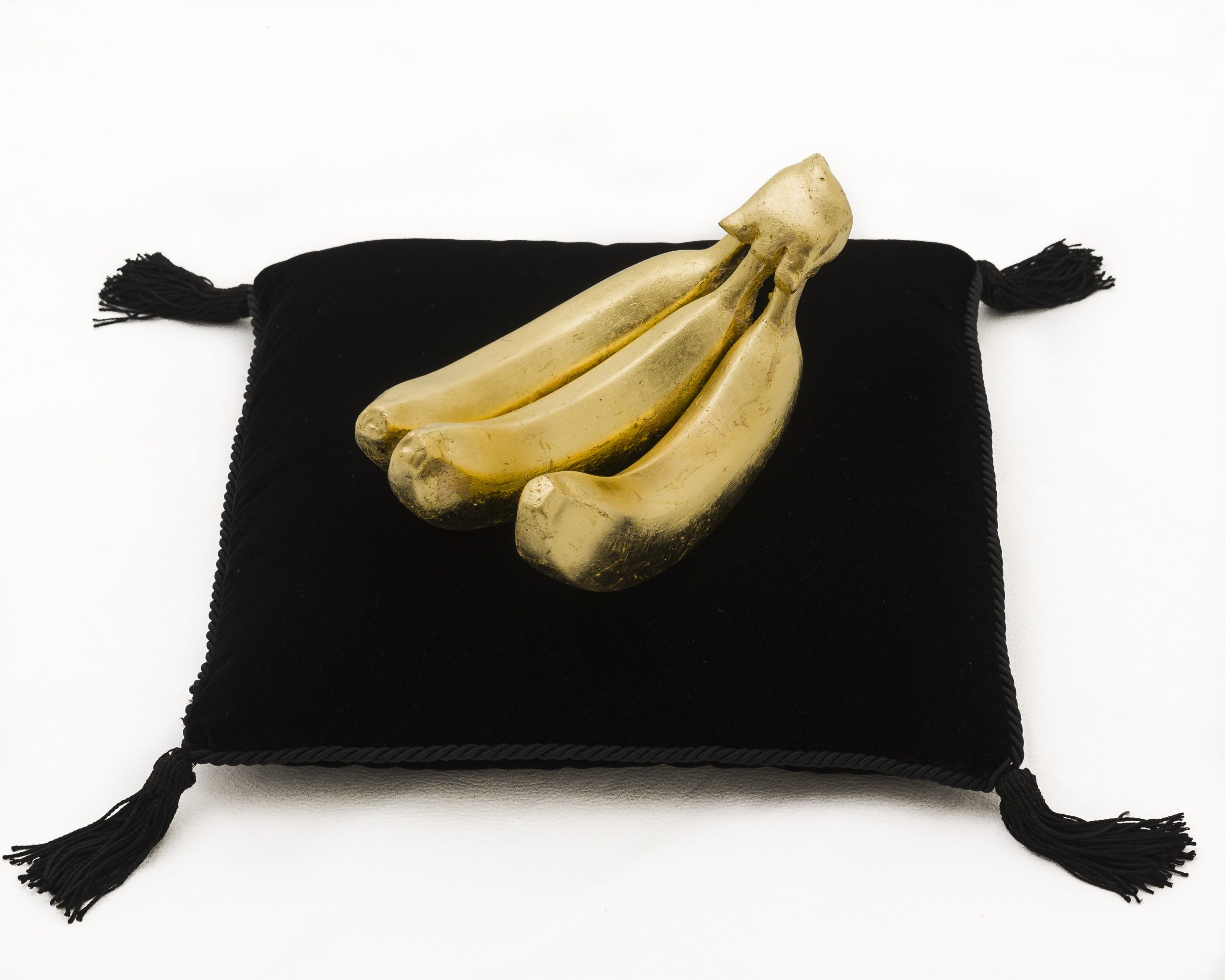 The fundamental line of research in María José Argenzio’s work focuses on the relationship between certain artistic materials and power dynamics, inequalities and historical injustices in her native Ecuador. In Chiquita these relationships are highlighted through the use of gold leaf – an ornamental technique used above all during the colonial period – and the iconography of the banana. These two natural resources – gold and bananas – are produced and exported in large quantities in Ecuador and at different times they have both served to consolidate the hegemony of foreign forces that exploited the low cost of local labour. For intermediaries and exporters of these resources, the exploitation of bananas and gold has become big business, whilst for the people working in the plantations or in the mines the work is hard and earns little. In addition, they are constantly exposed to pesticides and other chemicals that put their health at risk. Thus Argenzio’s work, comprising three bananas made of resin, gilded and displayed on a black velvet cushion much like a jewel, explicitly exposes the tensions that subsist in the production chain and in the consumption of these natural resources. Entitled Chiquita, the piece makes reference to the presence of the US banana company Chiquita Banana in Ecuador and to the dominance which the company has exerted over the fruit market for decades. Ironically, the highest-producing banana region in Ecuador is known as the El Oro (‘Gold’) province, symbolically uniting in one place the history of the extraction of two of the most internationally prized natural resources. The colonial past and the modern development of a country like Ecuador fuse together in this piece that questions the symbolic stories and materials of national identity through the use of a baroque aesthetic, which alludes to the colonial power structures still present in the country.