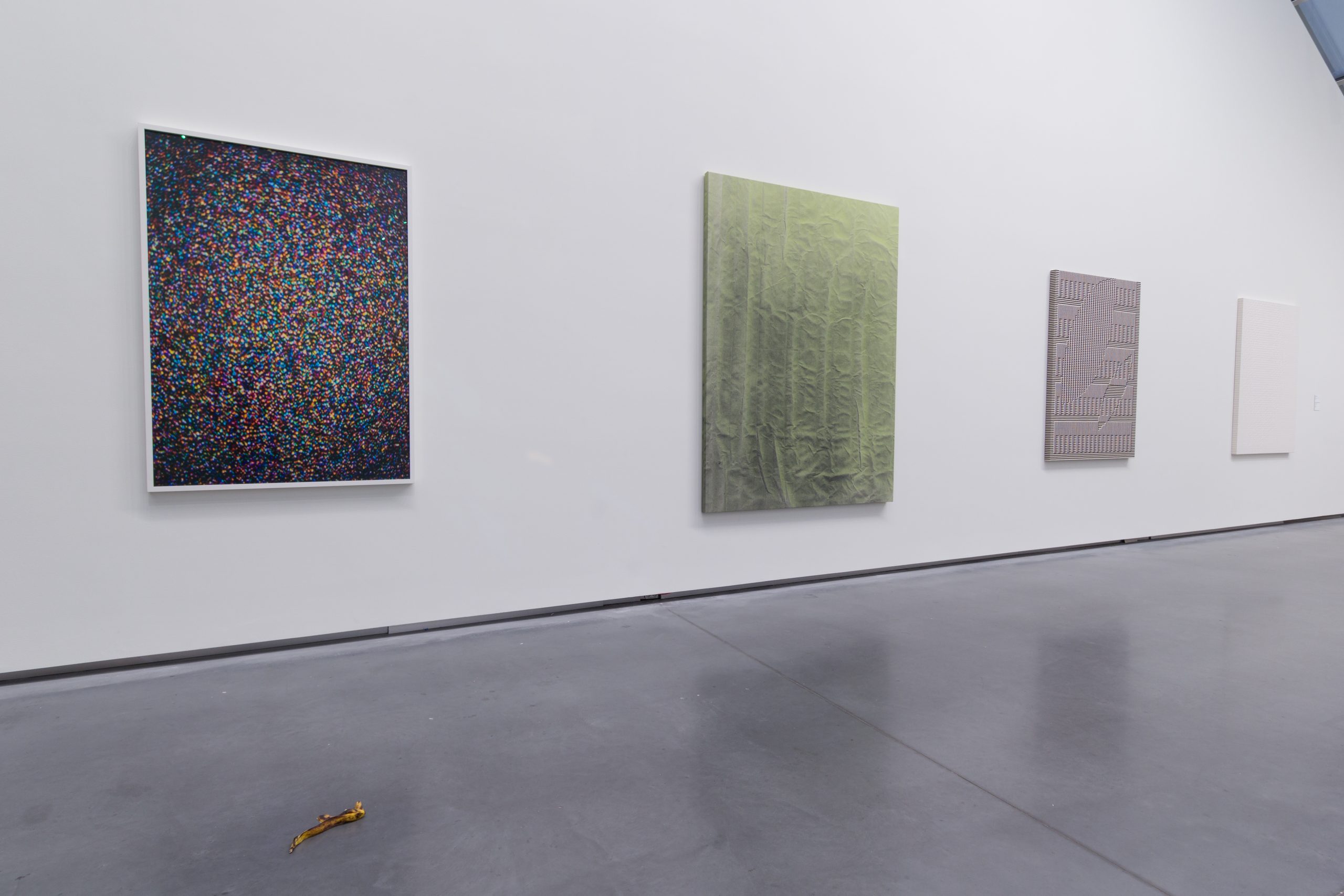 Banana Peel by the Mexican artist Adriana Lara is a work consisting of a very simple instruction piece, which the artist has repeated on various occasions. For the 2009 exhibition Younger Than Jesus at the New Museum in New York, the artist asked an employee at the museum to eat a banana every morning during the exhibition run and to randomly throw the skin away somewhere in the exhibit’s space. On other occasions, the banana appears in the exhibition space being carefully watched over by a security guard. Although it may seem very simple, the work can be interpreted from different points of view, whether as an exercise in institutional critique or as a commentary on the history of banana distribution and consumption in countries like the United States. In the early 20th century, during the banana industry’s first boom in the United States, what is now seen as a source of humour actually occurred in cities like New York: people would buy and eat bananas in the street, dropping the skins on the ground, where unsuspecting pedestrians would slip on them. The banana boom was so huge, and the consumption of the fruit so widespread, that scenes such as these, which now seem to be the stuff of comics, actually happened. In this way, Lara’s work enters into the heritage of the banana industry and the consequences of its widespread consumption for the average citizen in the countries of the North. These consequences, which often appeared as news items in New York’s newspapers, were in fact innocuous when compared to the impact and implications for those working in the banana industries in the producer countries in Latin America. However, Lara’s piece has been construed primarily as a contribution to institutional critique as it irreverently questions the value of objects of art and the way they are displayed at galleries, museums and auctions. Picking up on the idea of readymade—first introduced by Marcel Duchamp in the early 20th century—Lara recontextualizes everyday objects within the exhibition space and, instead of hanging her works on the walls, she places them in unexpected places. As her work is a kind of found object, it becomes lost in the exhibition space and appears to be an oversight on the part of the institution rather than a work of art.