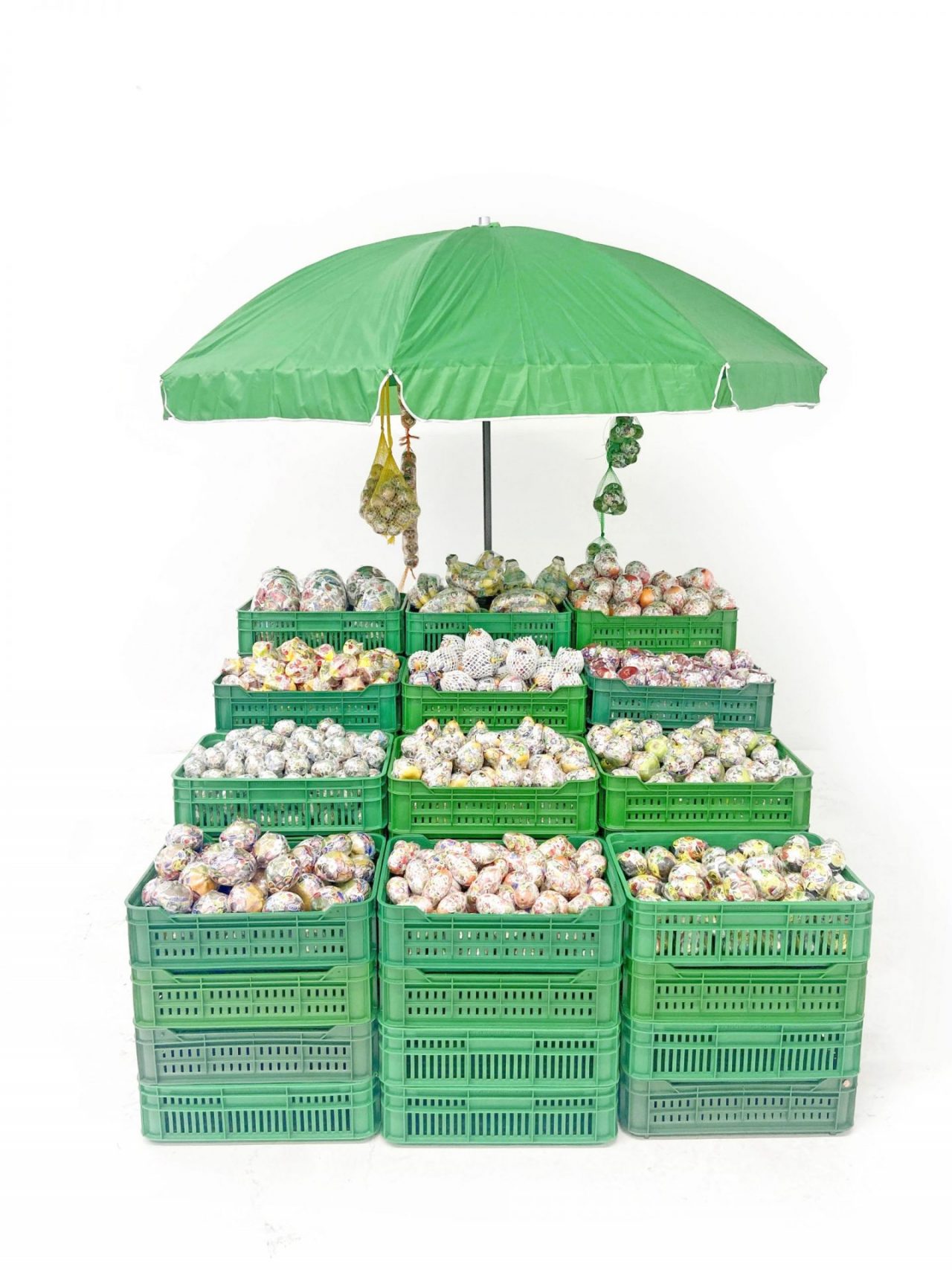 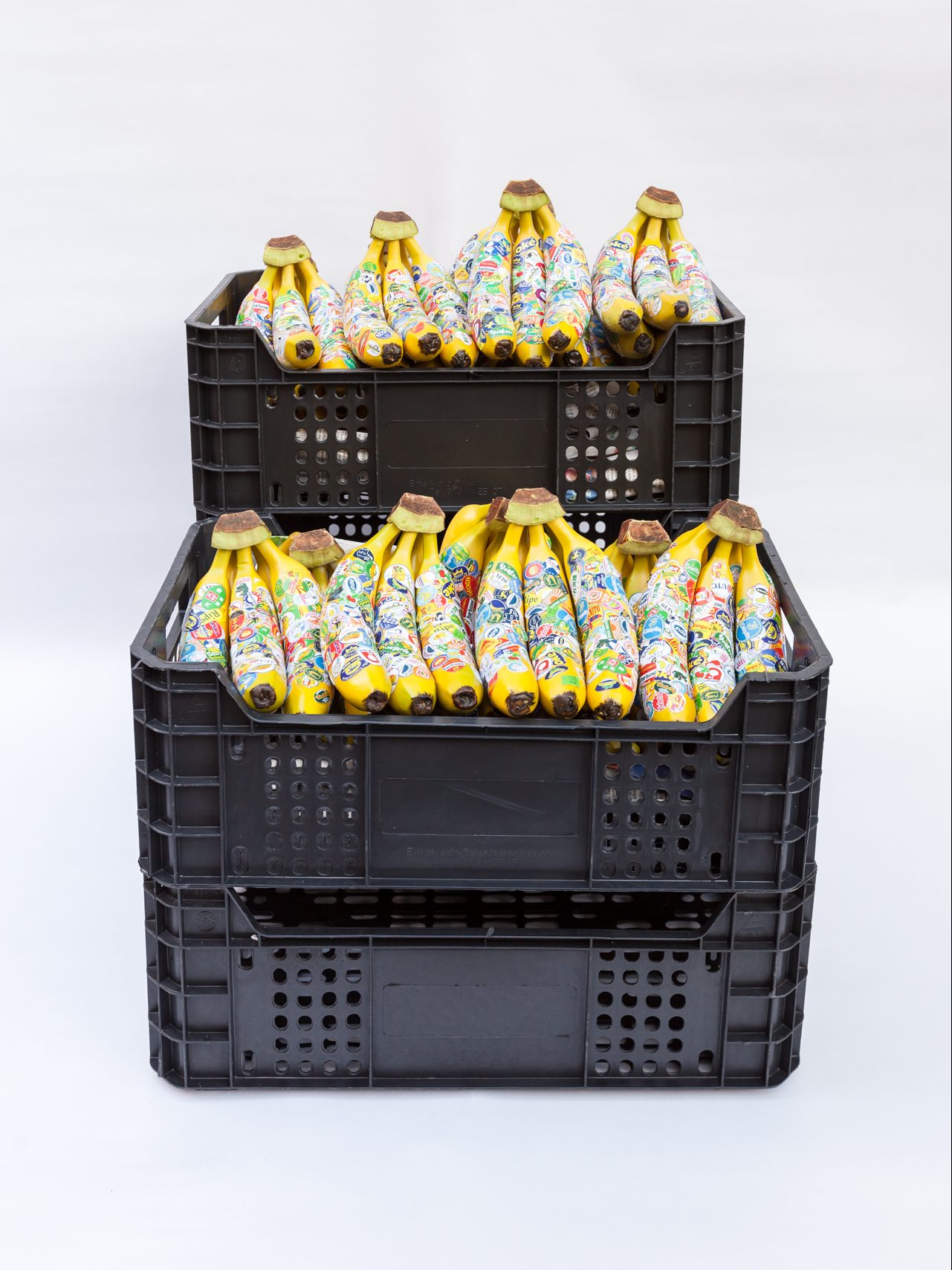 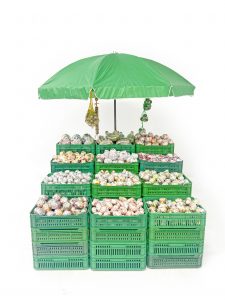 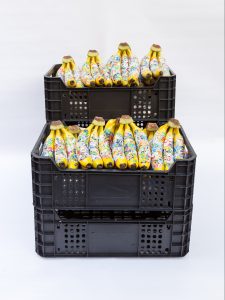 Adriana Martínez’s installation consists of a market stall with various fruit in baskets waiting to be bought. The fruits are covered in lots of layers of sticky labels, depicting the logos of the world’s largest banana companies. Amidst the coconuts, oranges, pears, apples and lemons, dozens of bunches of bananas stand out. For this work, the artist collected hundreds of stickers to study the infrastructure of the international fruit market and to chart the long journeys from where the fruit is grown to where it is consumed. On one hand, the colourful stickers highlight the geopolitical conditions that determine how resources are distributed and they remind the viewer about the trade routes. On the other, the stickers also evoke stamps in a passport, alluding to the barriers erected to the free movement of people between countries. In this work, Martínez synthesizes an inherent contradiction in economic liberalism, which allows natural resources to be exported from those countries whose citizens are not welcome beyond their own borders.