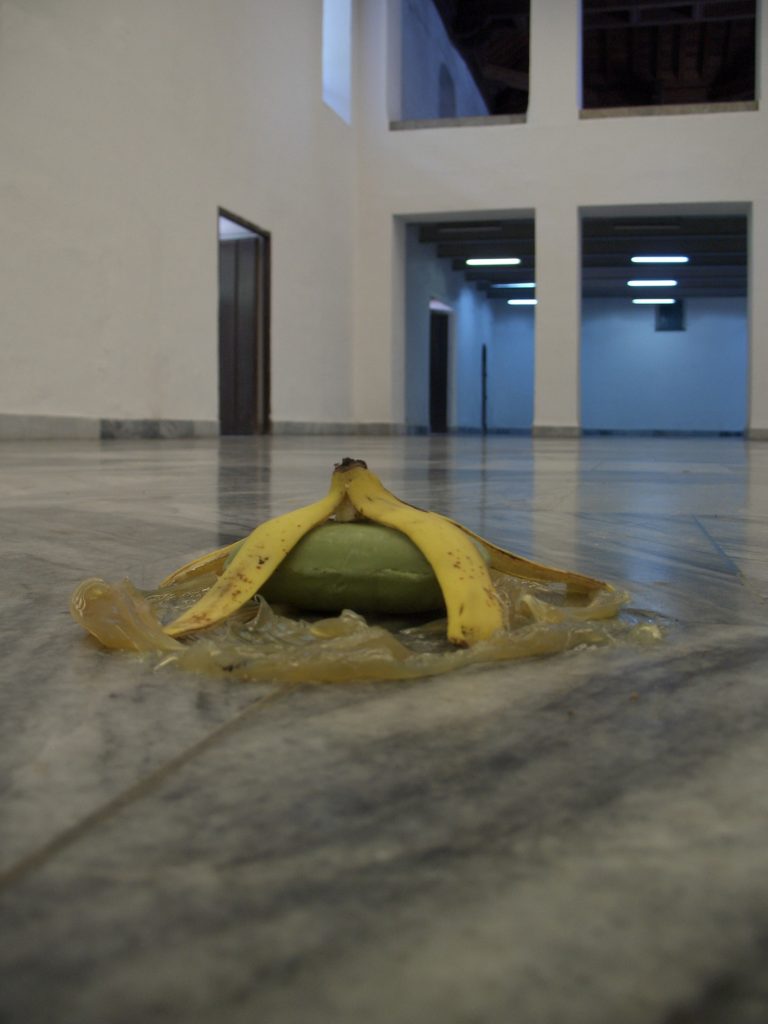 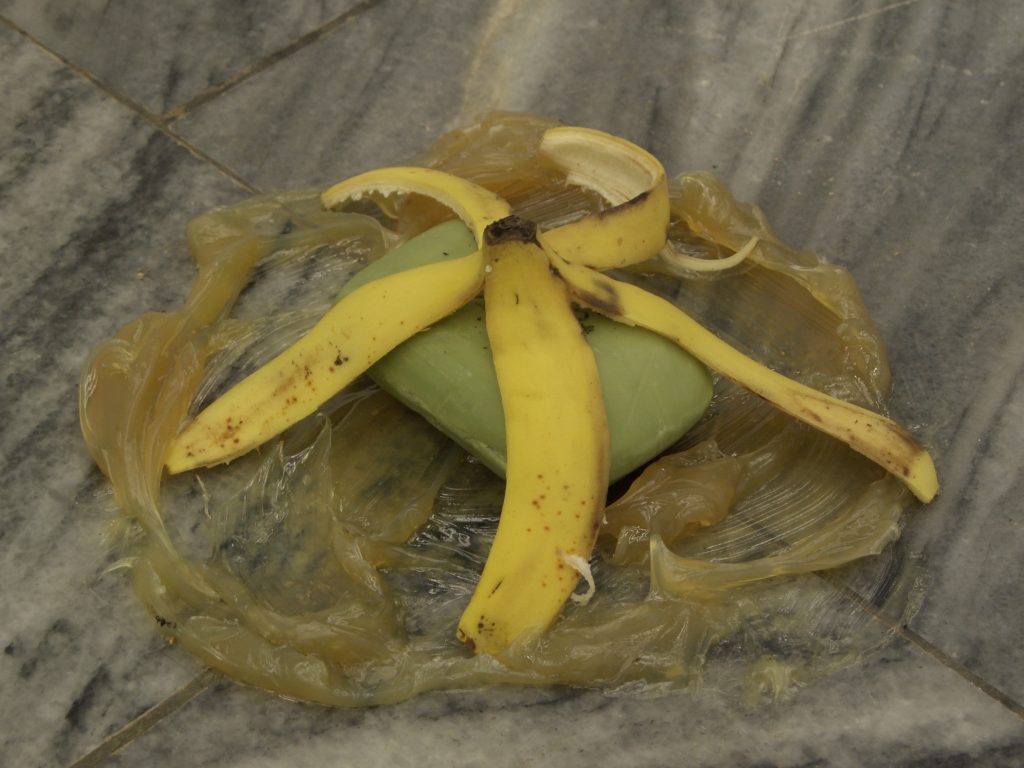 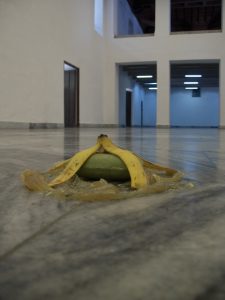 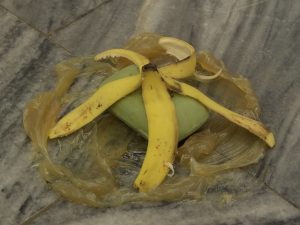 The work Grasa, jabón y plátano (Grease, soap and banana) created for the 2006 Havana Biennale and exhibited in the former Santa Clara convent, is self describing. The piece consists of a bar of soap placed on the floor, surrounded by a ring of yellow fat and covered by a banana skin. The work was barely visible to the visitors who entered the enclosure in which it was displayed for one week. There was nothing else inside the exhibition space. This type of intervention which is barely perceptible, is characteristic of the work of Wilfredo Prieto, a Cuban conceptual artist who plays with the meaning of objects to construct interventions that can be both critical and playful, as in the case of Grasa, jabón y plátano. The work suggests the action of slipping or falling, which remains a premonition or suggestion, as the action itself never happens. The tension created by the incompatibility between the large space and the tiny exhibit aimed to demonstrate that a series of physical objects simply arranged in a place can suggest an elementary change. In this way, the work cannot be reduced to the literal nature of its components, but rather is understood as the tension between space, the spectator and the suggested action. The grease, the soap and the banana skin becomes a source that has the potential to change everything. The elements that make up the work have their own meaning, but putting them together leads to a reading with a twist. In this way, the work minimizes the metaphor and focuses on the literal meaning suggested by the title. 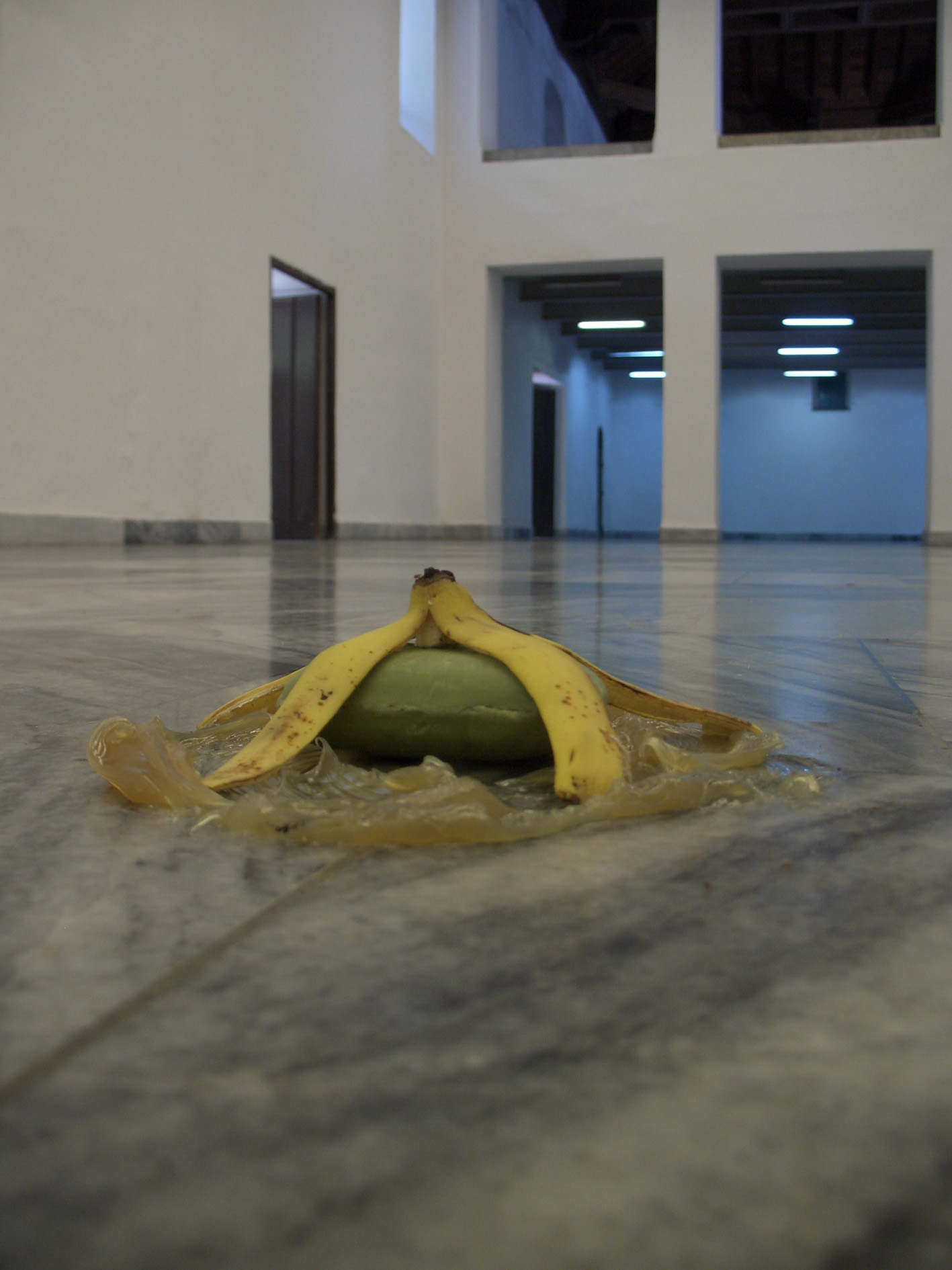 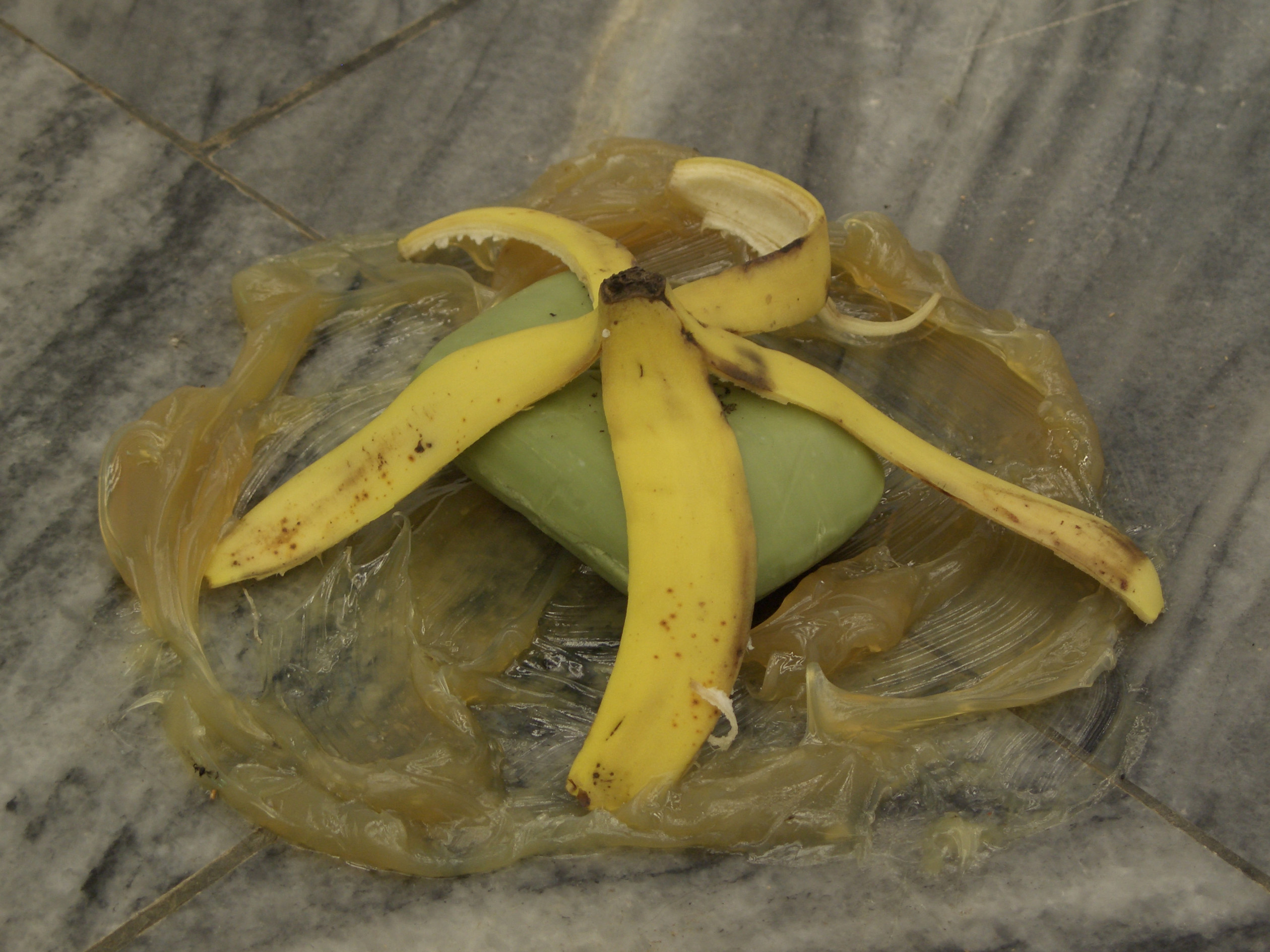