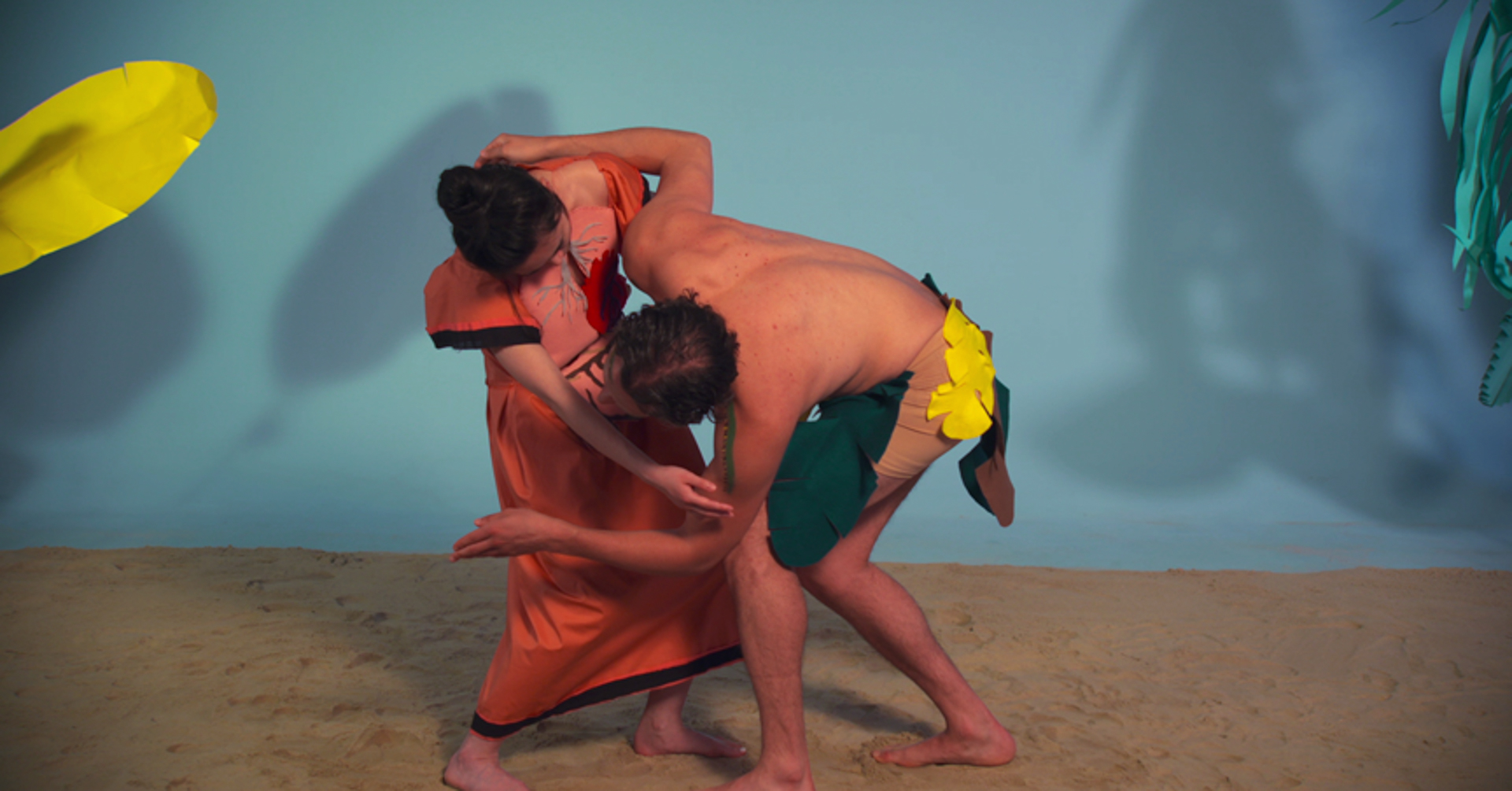 Variable (artwork is composed by the 5 pieces listed below)

produced by the United Fruit Company

Book compiling a selection of documents from the United Fruit Company and its intervention in the Guatemalan and Honduran governments.

Light box with advertising created in the U.S. to incentize the consumption of tropical fruit amongst North American families and audio device for the reading of a CIA document entitled Estudio para un asesinato, (study for a murder) declassified in 1996, drafted in the context of the Operation PBSuccess, when the CIA intervened directly in Guatemala in 1954.

Light box with ceramic sculptures of bananas and an audio device.

Created from the film Journey to Banana Land, produced by the United Fruit Company. The company devised several short documentaries and animations set in an imaginary Banana Land to promote the consumption of fruit and the colonial plantations where it is grown in different tropical territories.

Created from the audio-visual advertising campaign produced by the United Fruit Company to promote the Chiquita Banana brand from the 1940s.

Altered Views is Voluspa Jarpa’s project presented by Chile at the Venice Biennale in 2019. El hombre hegemónico, one of the three works that make up the project, includes the installation Caso 5. Juan Jacobo Árbenz: Fundación de la República Bananera. This work revolves around the relationship between banana operators and the coups d’état in Guatemala, centring on the case of Juan Jacobo Árbenz. Árbenz, the president of Guatemala, was deposed in 1954 in a coup d’état directed by the U.S. government with the support of the United Fruit Company and executed by the CIA via Operation PBSuccess. The work is an installation composed of a map of the world’s major banana growers, a PVC book with a selection of documents about the United Fruit Company and its intervention in the governments of Guatemala and Honduras and three videos. The videos Chiquita Banana and Journey to Banana Land incorporate material from the United Fruit Company archives, including the well-known advertising animation with the extremely famous jingle I’m Chiquita Banana and various short documentaries that aimed to promote the daily consumption of bananas at home in a family setting. The third video, Eat Bananas!, incorporates the reading of a document that has now been declassified relating to Operation PBSuccess and is accompanied by two banana sculptures in ceramic and a light box with period advertising from the United Fruit Company. Jarpa denounces the imperialistic U.S. intervention in Latin American governments and exposes the commercial interests of this country in the region through its close collaboration with the United Fruit Company.