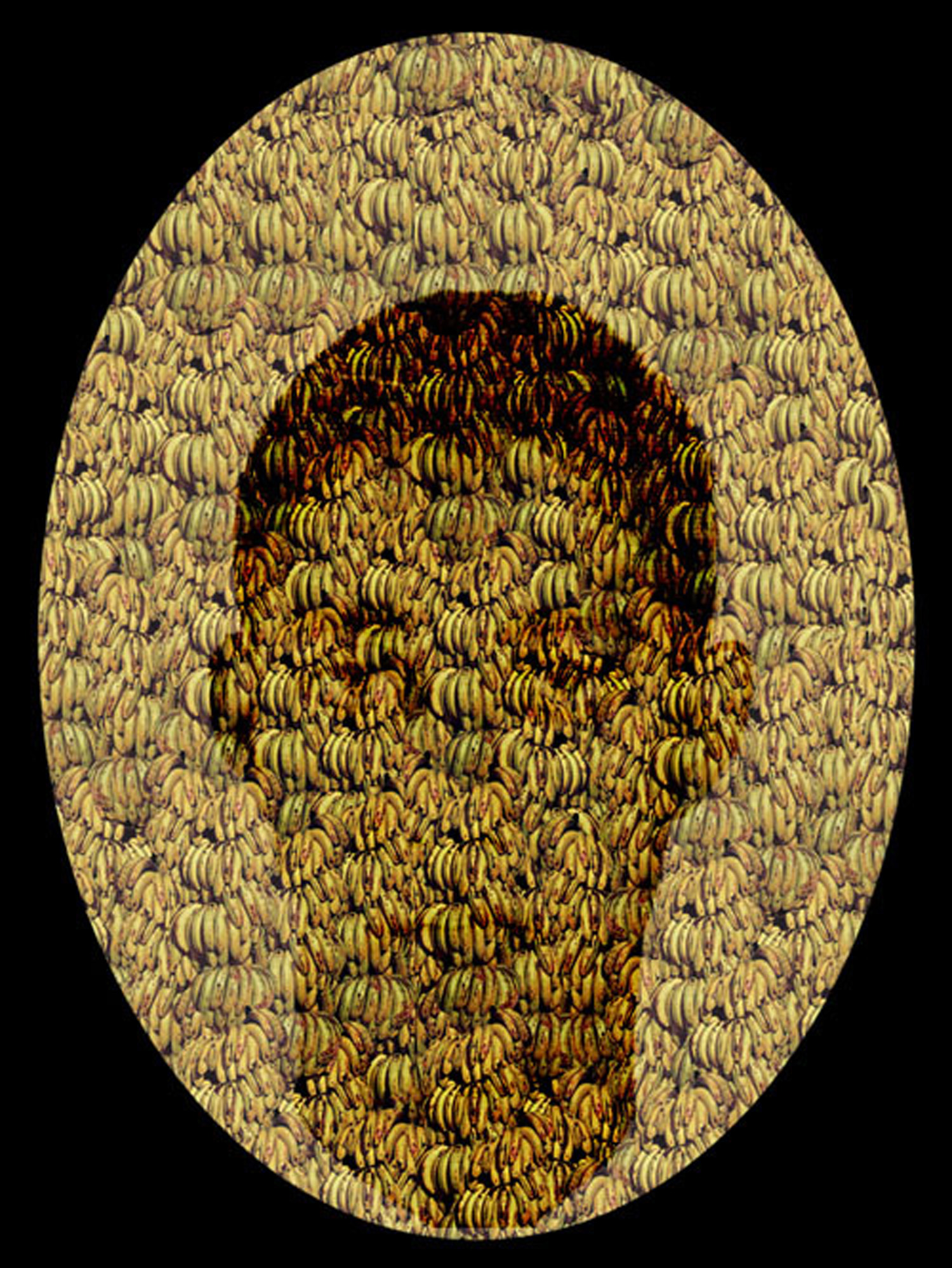 In Brother and Plátanos by Julio Valdez, tens of bunches of bananas come together to form a portrait. As though it were a camouflage print, the image of the artist’s brother and the bananas form a continuous and inseparable whole. Valdez was born in the Dominican Republic but brought up in the US, where he still lives. He discovered the technique of printing in the print shop which his brother leased, and he chose this medium to pay tribute to him in this work. Nevertheless, the use of the bananas, the oval composition of the piece, and its front and centred angle on the face – as though it were a cameo – mean that the individual is not identifiable and thus the portrait becomes a universalized image. In this way it becomes representative of the Dominican man, and/or of people of African origin – in essence, anyone whose cultural heritage is linked to banana plantations. Therefore the word ‘brother’ in the title of the work refers both to the artist’s relative and to the popular colloquial term which men often use in the United States to greet each other and establish familiarity. The combination of Spanish and English in the title also alludes to Spanglish, the language of the Latin American diaspora in the US. Brother and Plátanos is made with various superimposed pigments and printing plates, which give the canvas greater texture. This technique, which is halfway between silk-screen printing and collagraph, reinforces the idea of the Latino identity as a composition which is the sum of infinite traditions, interwoven stories, backgrounds, and accumulations throughout the centuries.