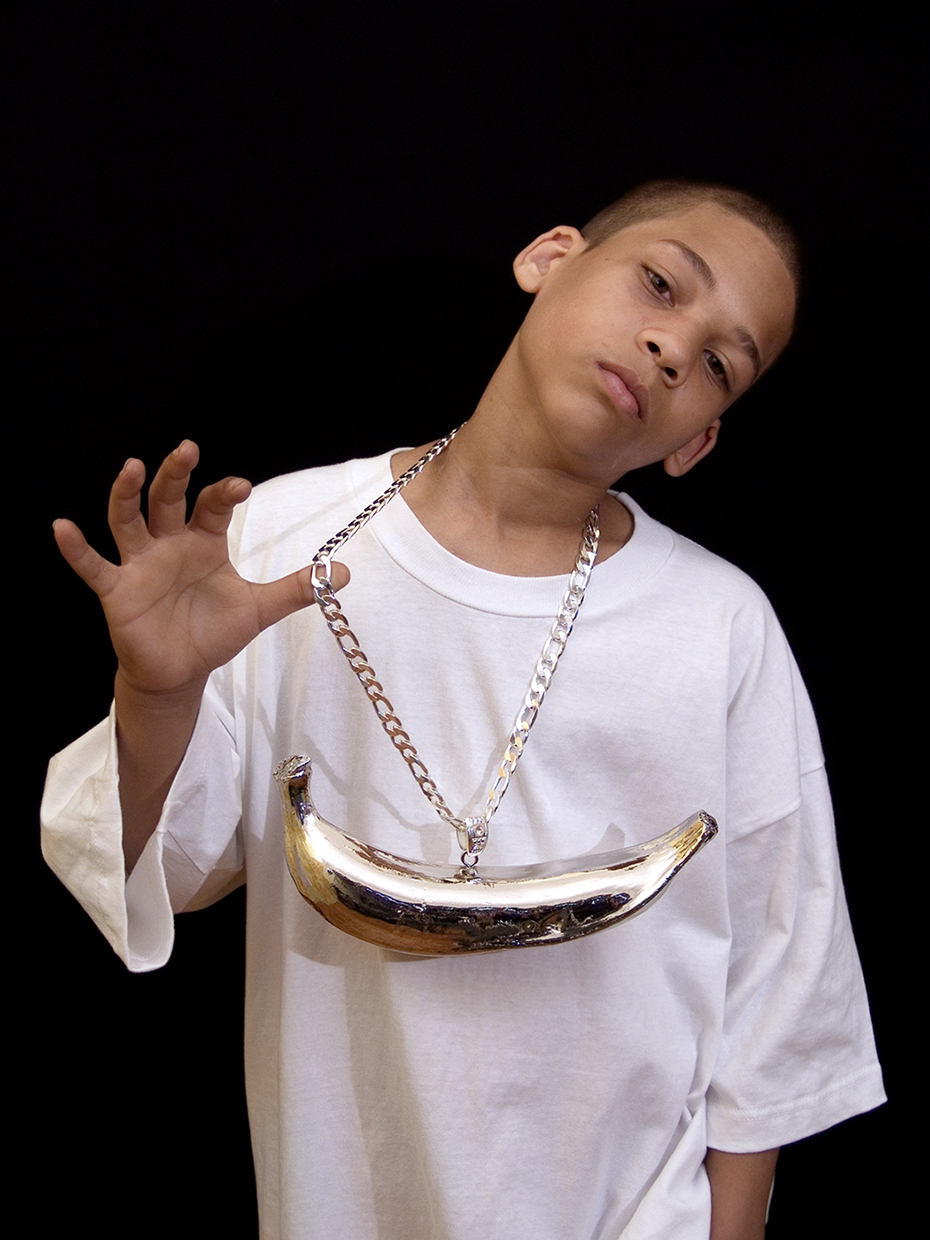 In Caribbean popular culture bananas have multiple meanings, including references to masculinity, national sovereignty and the region’s troubled African legacy. Miguel Luciano observes that for the Latino youth of the US, the banana is today also a proud emblem of the roots of their identity, even though there was a time when Puerto Ricans and Dominicans were pejoritavely called ‘bananas’ when they arrived in New York. Through a jewel-object formed by a decomposing banana plated with the precious metal platinum, Luciano reflects on how cultural symbols change through the experience of migration. Through this banana, which is sometimes presented on a velvet cushion and at other times hanging from an extravagant necklace which is reminiscent of those worn by hip-hop stars, Luciano calls attention to how Latinos play a fundamental role in the development of global popular culture.