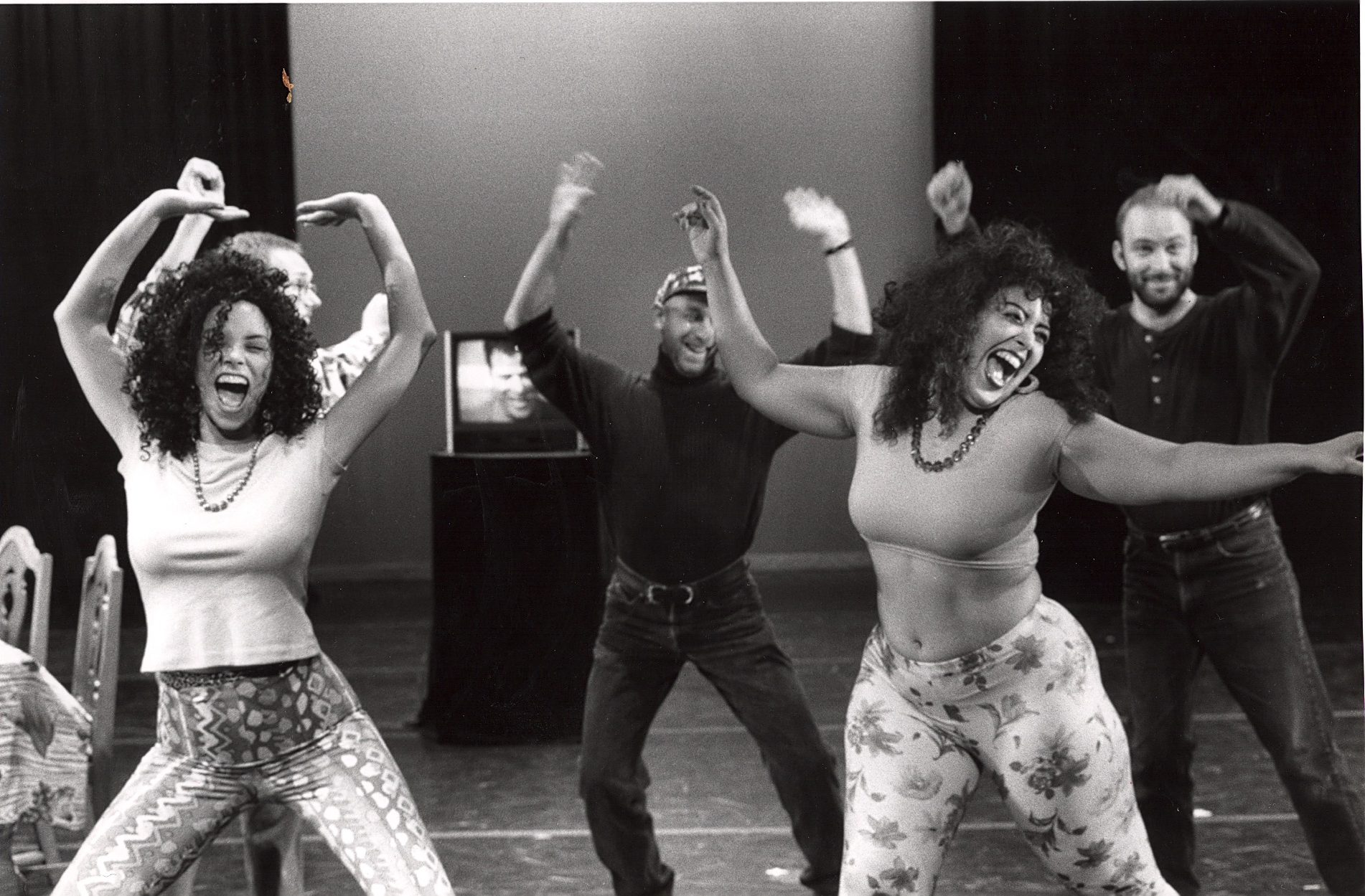 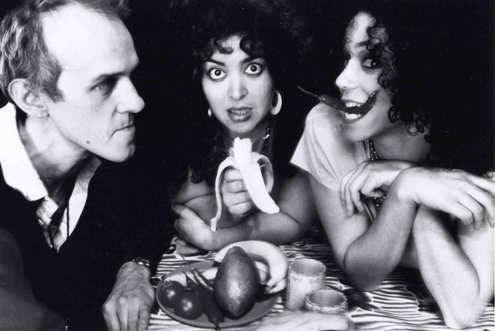 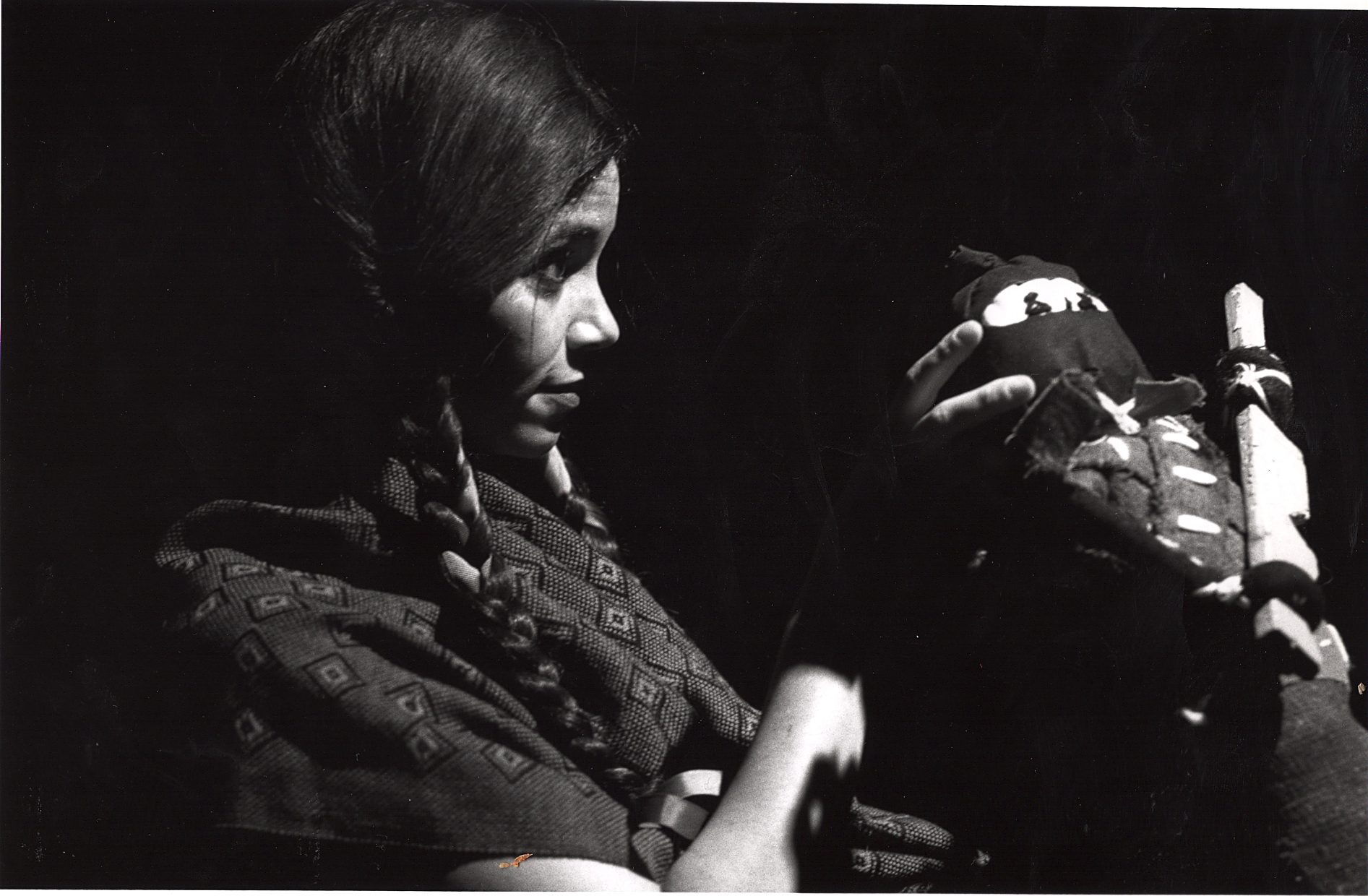 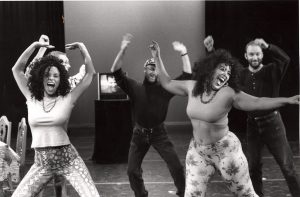 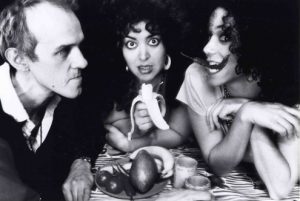 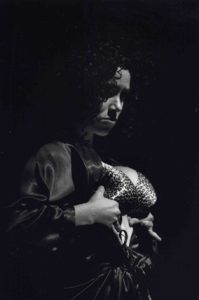 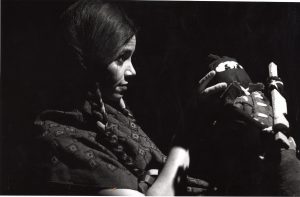 Stuff  is a narrative performance which examines the relationship between the USA and Latin America through an exploration of the tourist industry which connects the two regions.  Nao Bustamante and Coco Fusco focus on gastronomy and sex, two forms of consumption related to tourism, in order to examine the perception and representation of Latin American women in US society. The way the US consumes cultural identities and Latin American natural resources is countered by its fear of the ‘other’ which it perceives as a savage cannibal. Both artists wrote and directed Stuff, as well as playing various characters. The piece is made up of a series of comical sketches which convey the everyday nature of sexual harassment and employer exploitation that Latin American women experience at the hands of the tourist industry. A bunch of bananas stands out on a table in the centre of the stage, summarising the stereotype of Latin America as a politically unstable, hypersexualised and easily influenced region.