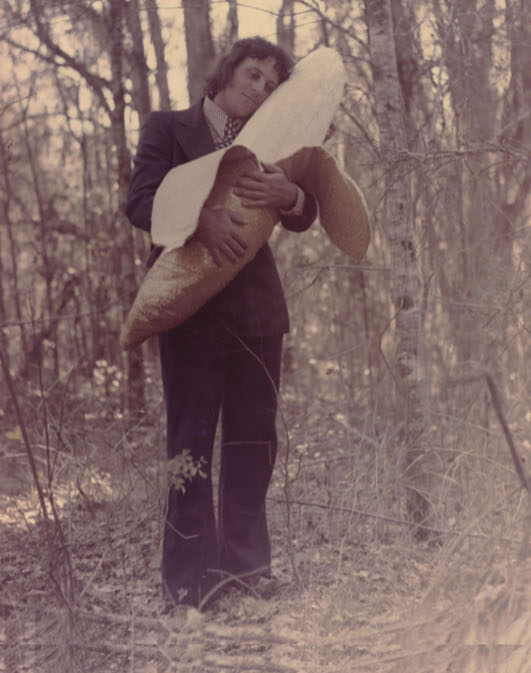 En el bosque is a series of photographs in which we see a middle-aged white man in a suit and tie carrying and hugging a large-format plush banana. The man contemplates and caresses the artificial fruit as if it were a child’s toy. The setting for the photographs is a cold-climate forest that does not match the clothing of the photographed subject – normally associated with a businessman – or with the fruit, which makes us think of tropical settings. In this piece, Victoria Cabezas questions gender roles through the use of satire. By enlarging the size of the fruit and giving it a stuffed texture, it simultaneously sexualises and infantilizes the banana. The fruit no longer represents the reflection of masculine sexual desire when consumed suggestively by a woman, but is paternalized when carried by a man with a status of power. This strategy, closer to Dadaist or Surrealist practices, is a silent, but very suggestive response to the hegemonic discourses on the body that began to be strongly questioned by a generation of artists from the sixties.