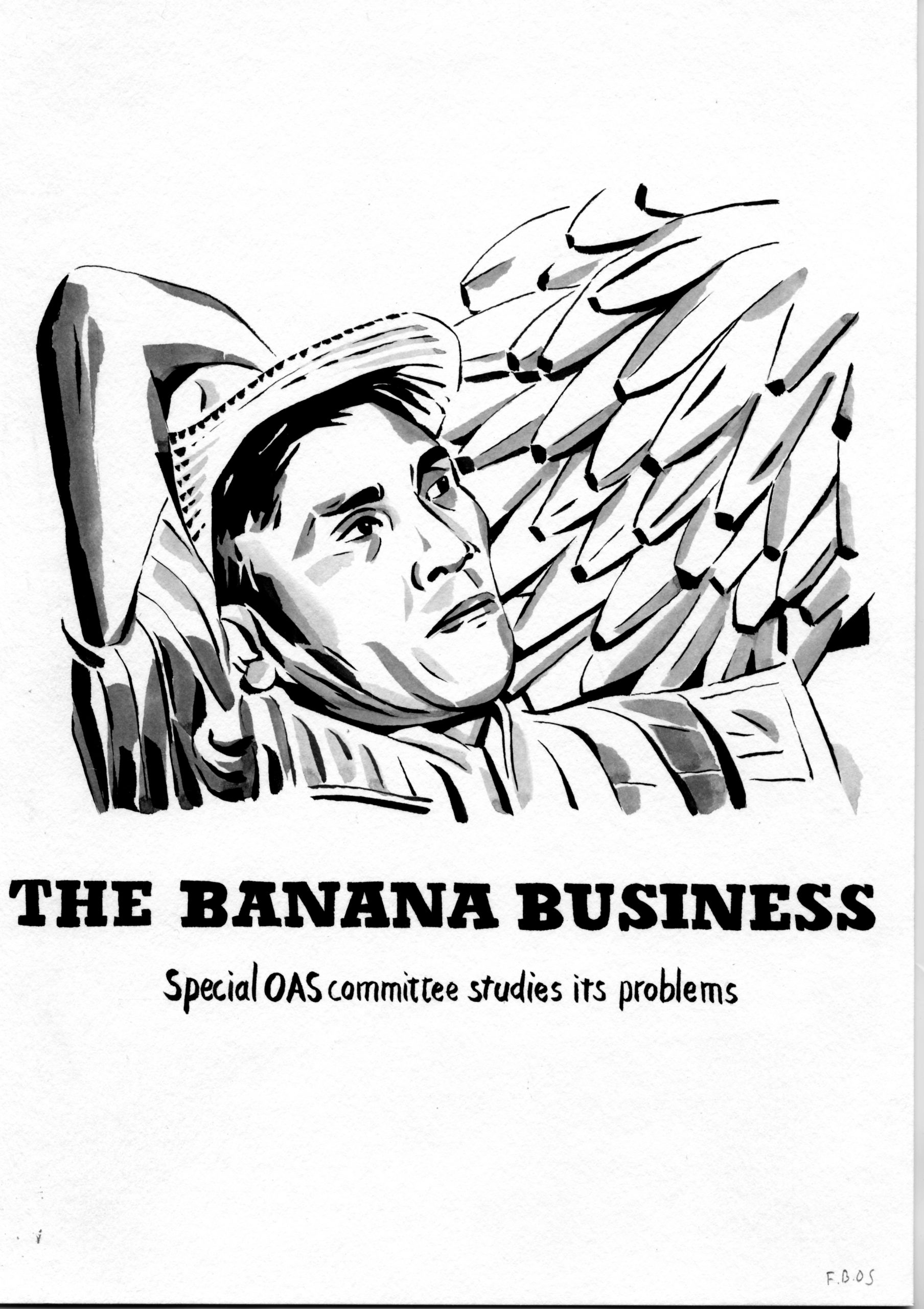 Using the process that the artist himself named mimetic analysis, in this artist’s book, Fernando Bryce creates replicas of documents, photographs, newspaper clippings, adverts and other file materials related to the implications of the CIA and the United Fruit Company in the coup that ousted Jacobo Árbenz, elected president of Guatemala, in 1954, when he made the decision to expropriate part of the United Fruit Company’s unused land in Guatemala. Bryce interprets the events in the form of a comic strip and includes pictures of Allen Dulles, the director of the CIA and of Samuel Zemurray, known as The Banana Man, president of the United Fruit Company. Through investigations in bibliographic files and documents, Bryce seeks to construct new ways of historical representation based on appropriation and artistic reinterpretation, with the objective of exposing the lack of critical judgement that leads the public to accept official statements put out by political propaganda, the press and advertisements.