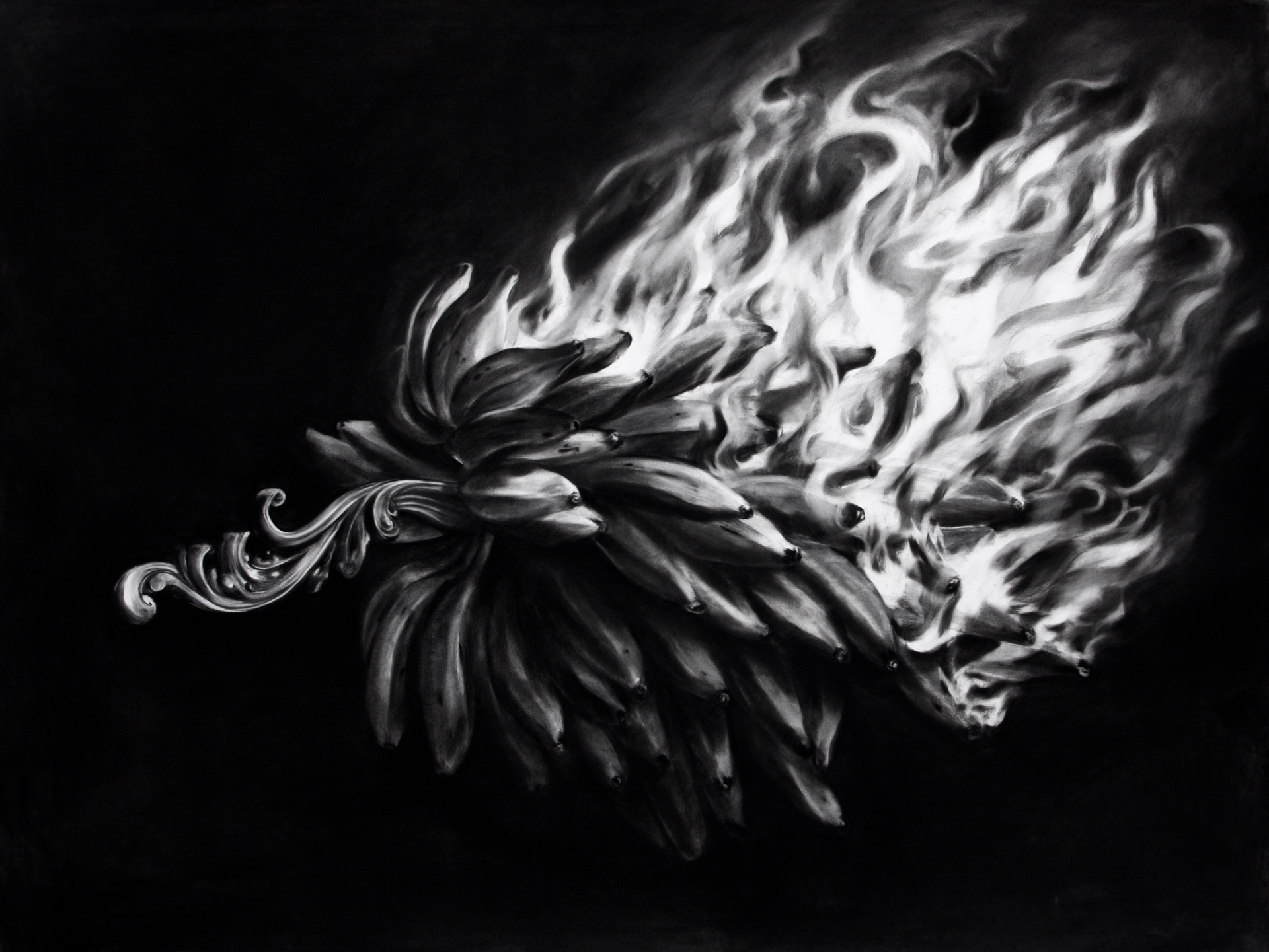 In The Charms of Violence 1-4, Mister Bananaman, Mister Bananaman’s Spaceship and Levitation, Colombian artist Gonzalo Fuenmayor introduces the figure of a worker as a means of examining prevalent stereotypes surrounding the culture of banana plantations. In this body of work, a bunch of bananas replaces the man’s face, thus removing any trace of his own personal identity.

Papare Series builds on key themes explored by Fuenmayor in his previous work, especially a series of drawings from 2010: Splendor Series. In these charcoal and pastel drawings on paper, Fuenmayor eschews the colours frequently associated with the Caribbean and instead replaces them with black and white, using the chiaroscuro effect to illuminate the shadowy history of violence on banana plantations. In this series, decorative objects from the Victorian era such as mirrors, frames, chandeliers and gramophones are on fire, and the flames morph into bunches of bananas.