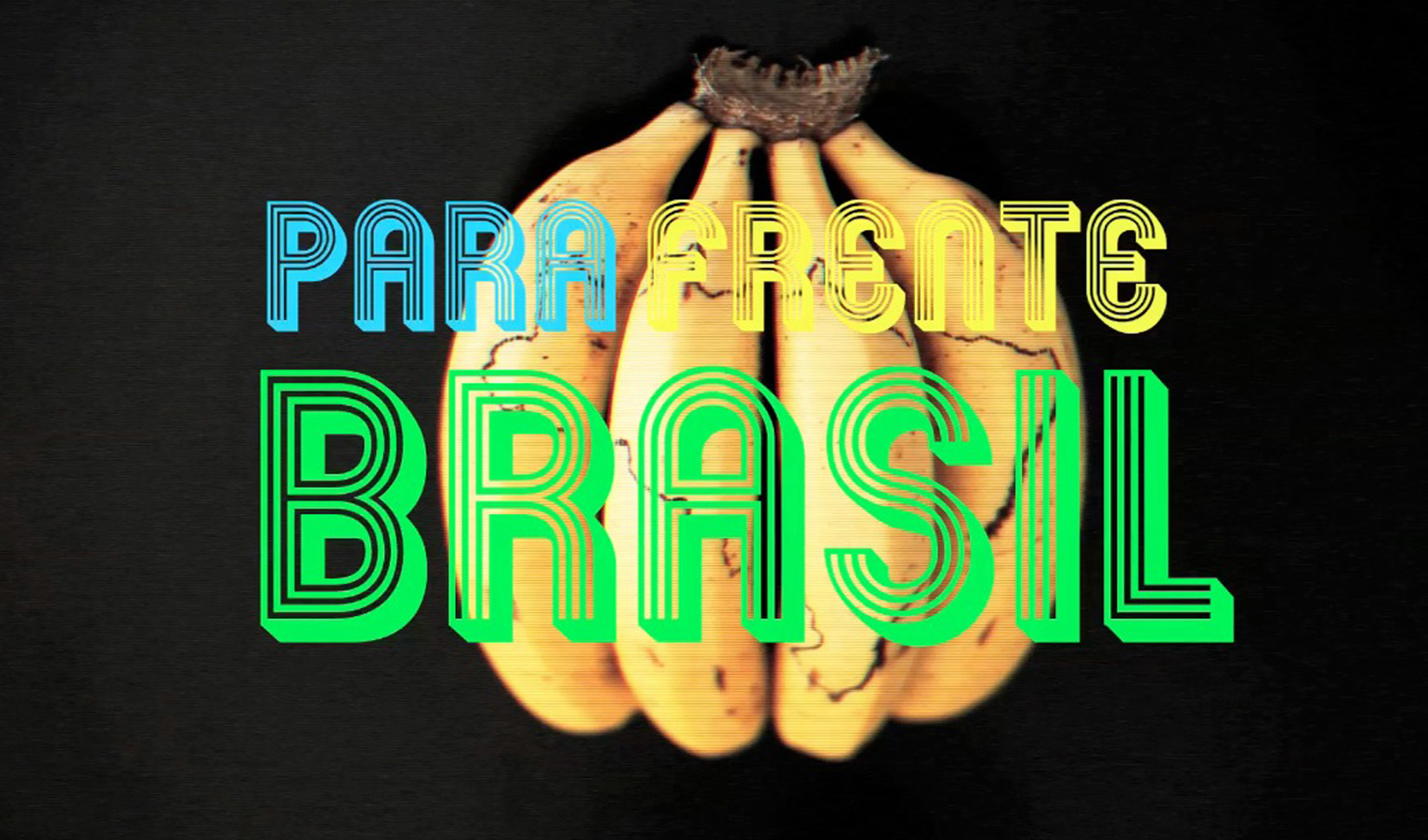 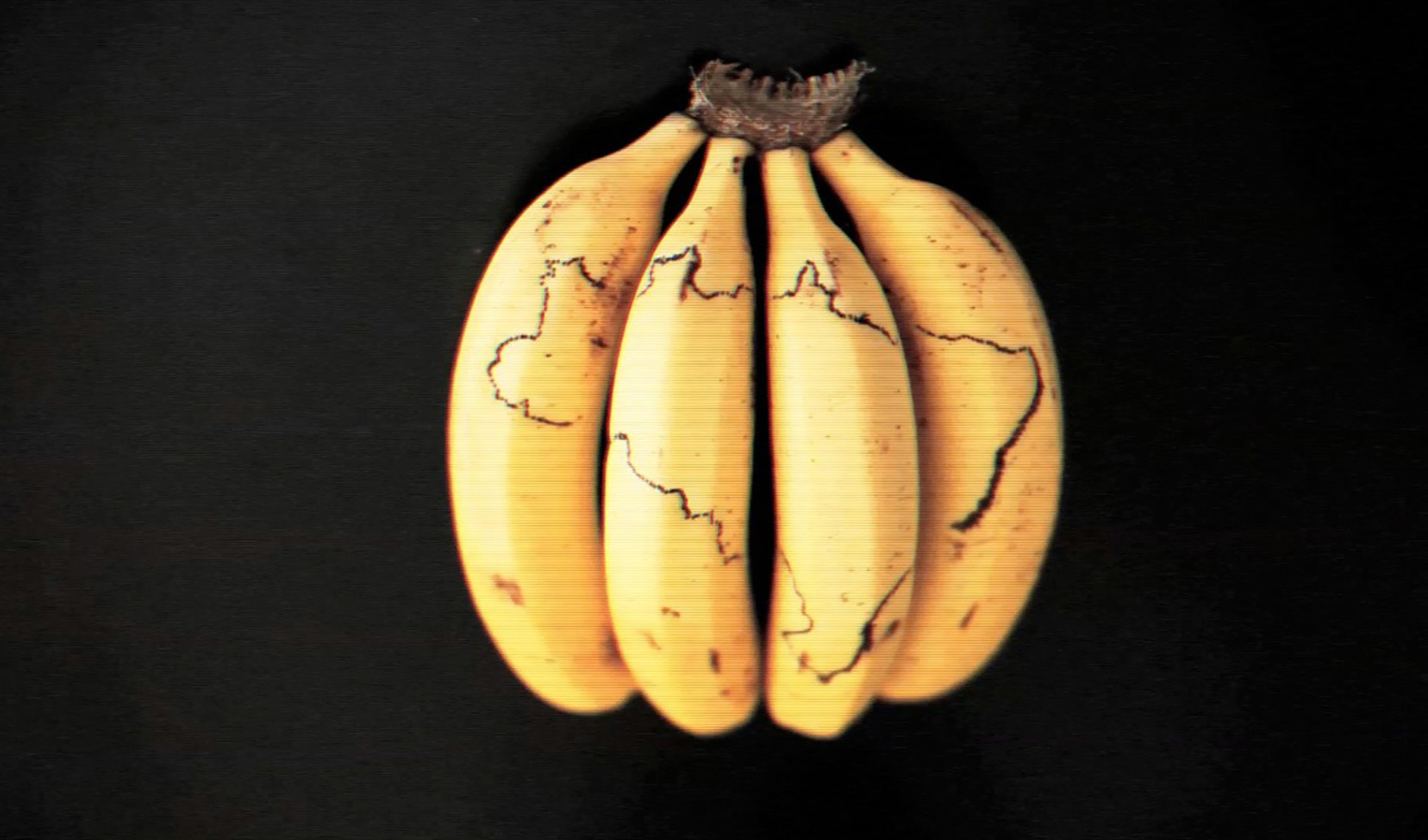 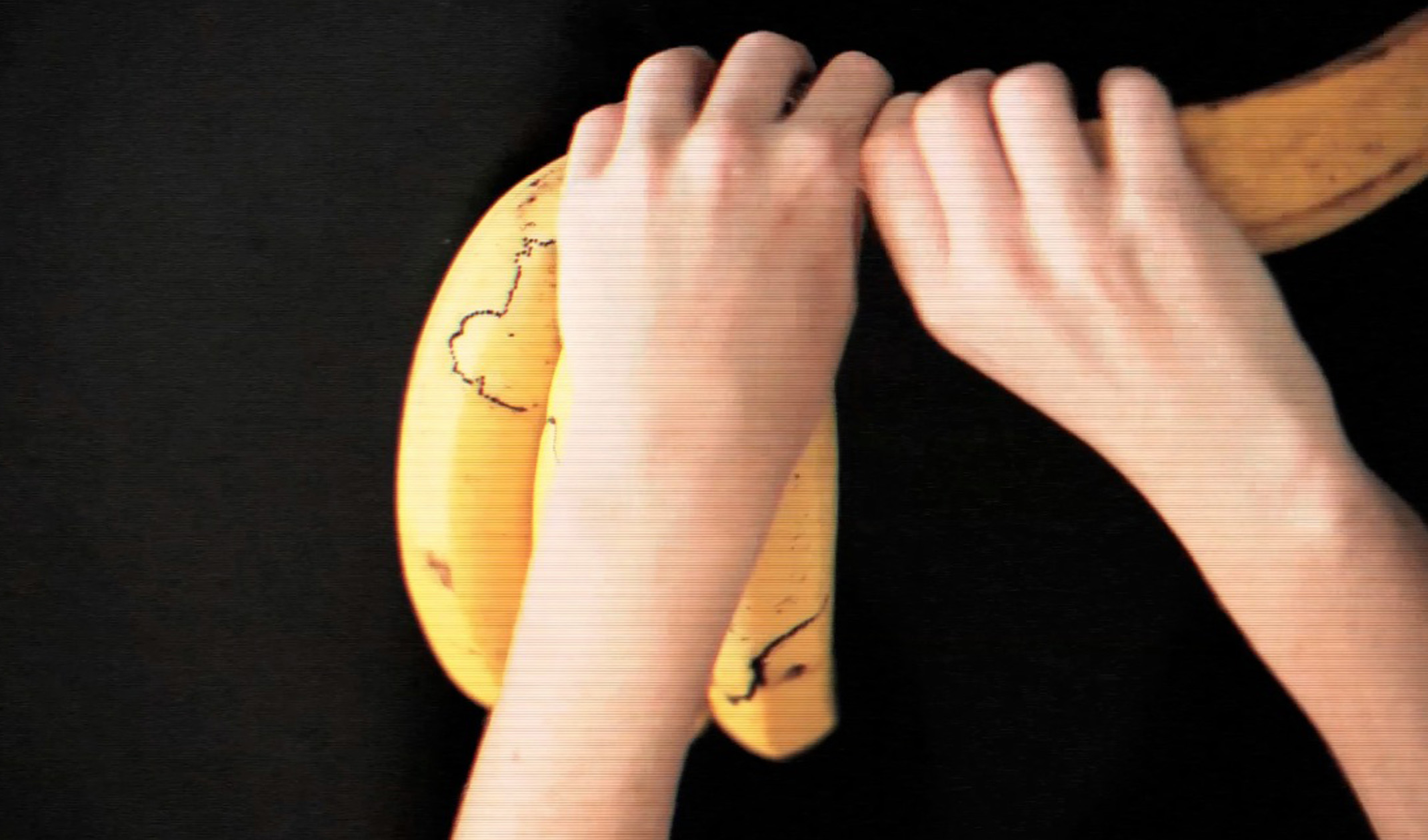 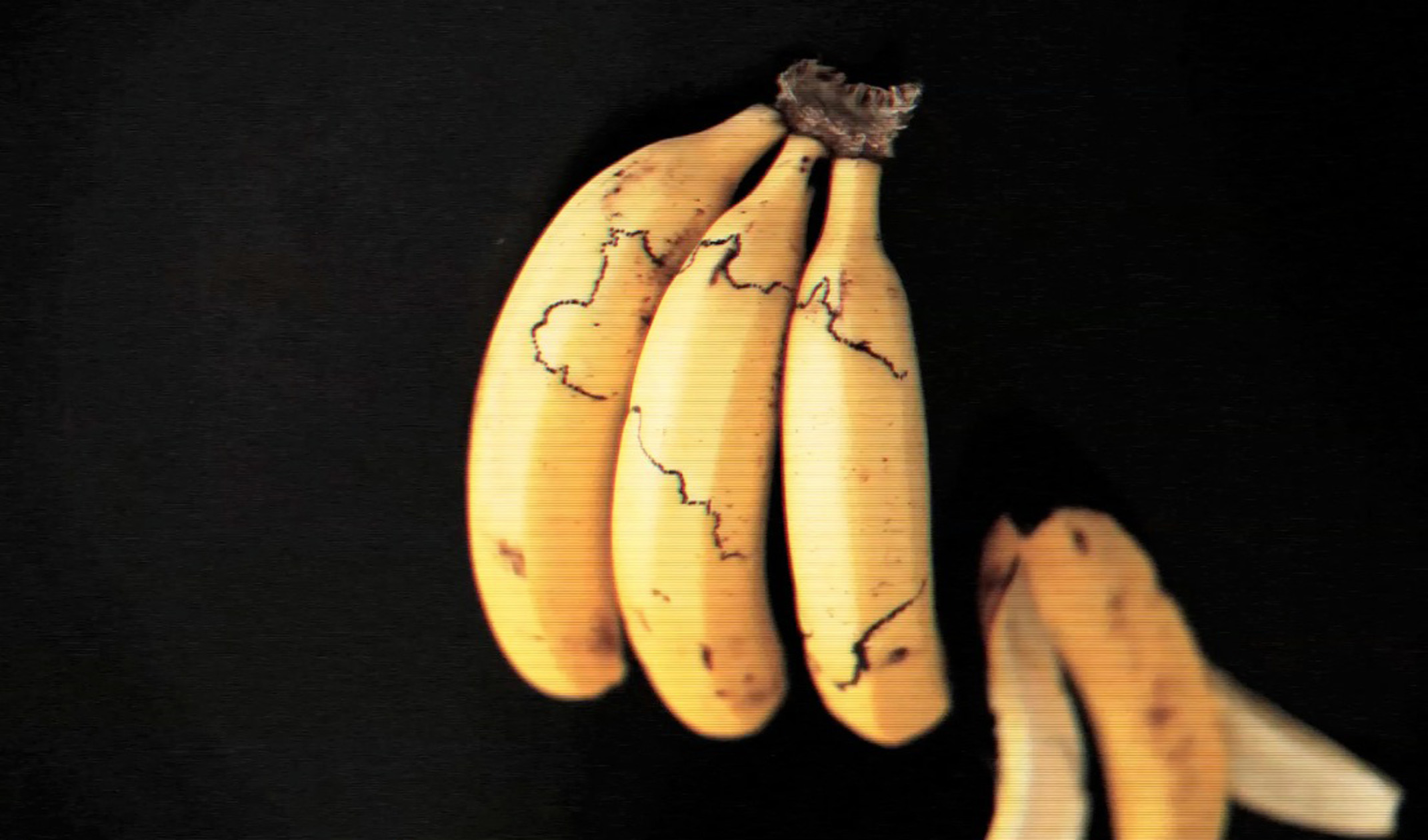 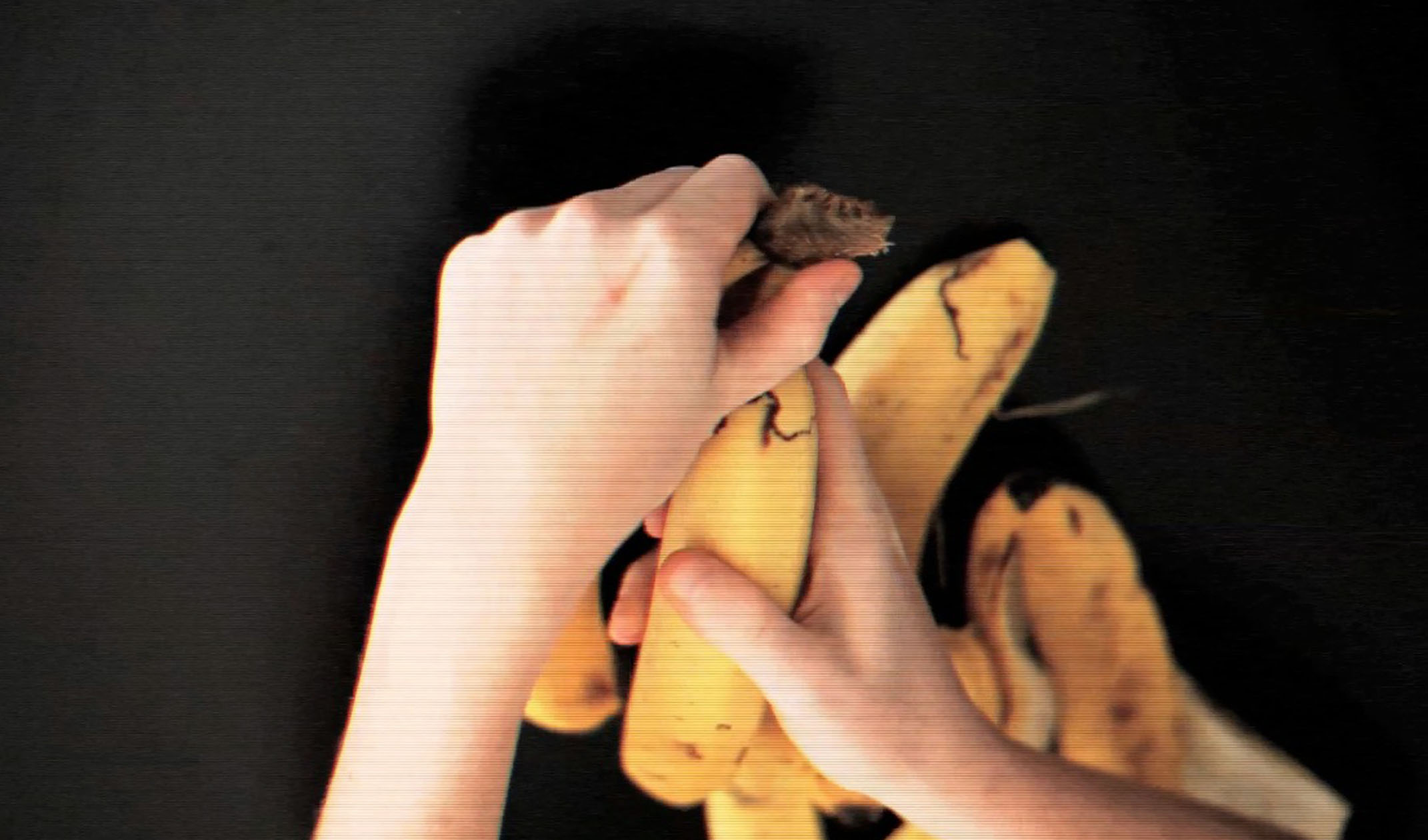 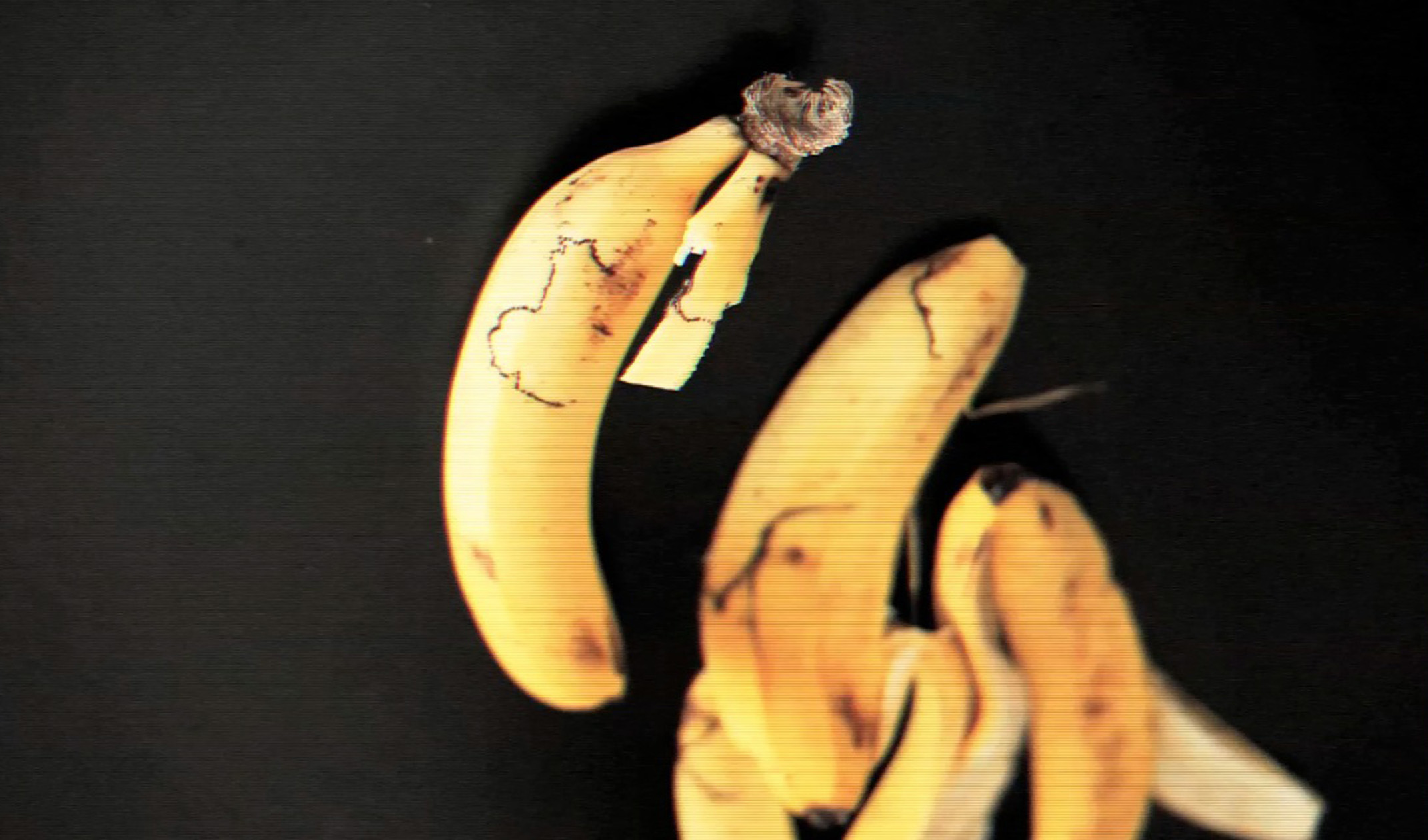 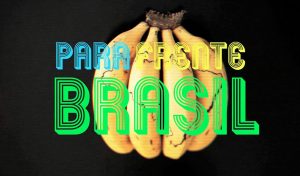 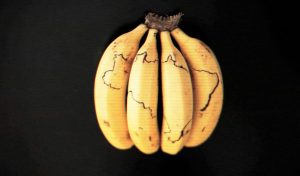 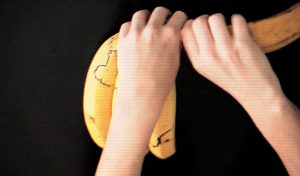 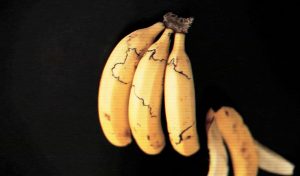 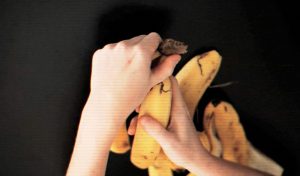 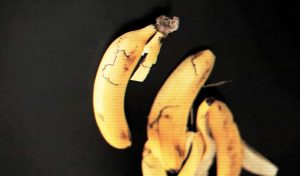 In Pra frente Brasil, Brazilian artist Romy Pocztaruk, borrows the title of the 1982 Roberto Farias film in which a man is mistakenly arrested during the military dictatorship in Brazil as the country celebrates their team’s victory in the 1970 Football World Cup held in Mexico. This World Cup, the third that Brazil had won, was the first to be televised. Taking advantage of the euphoric atmosphere, coinciding with a moment of “economic miracle”, the large media outlets, complicit in the dictatorship, concealed the torture, kidnappings and murders suffered by political prisoners during that very same time. Pocztaruk created this piece for the Ninth Mercosur Biennial in 2013 and presented it as part of an event entitled Encuentros en la isla in which various artists created pieces inspired by the Isla del Presidio, or Isla de la Pólvora. The piece consists of a video where we see a bunch of bananas on which a map of Brazil is drawn. A hand separates the bananas from the bunch, as if dismembering a body, until the map is unrecognisable. Pocztaruk alludes to the manipulation of reality practised by the media and exposes the history of censorship that Brazil has lived through until today.