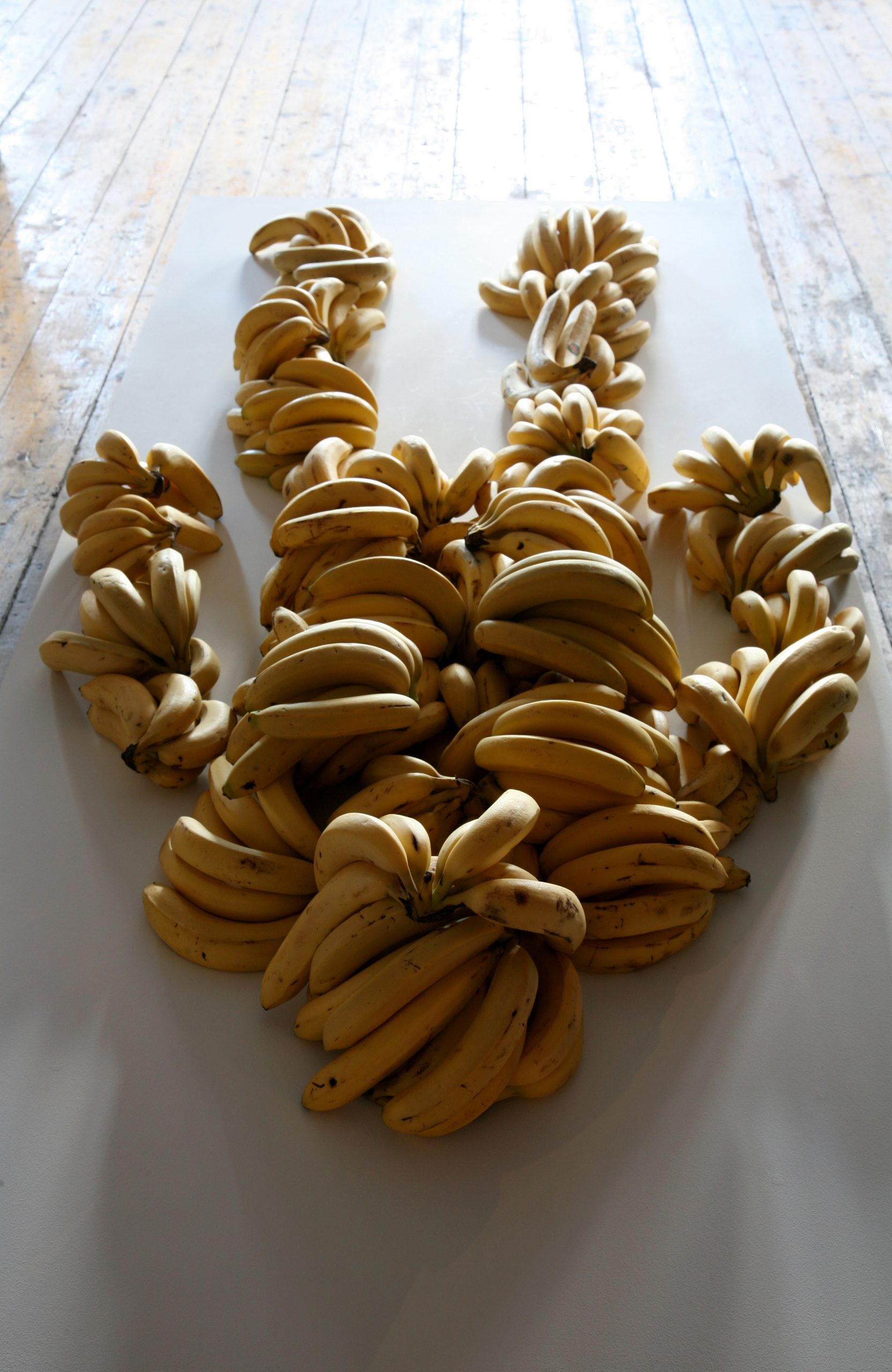 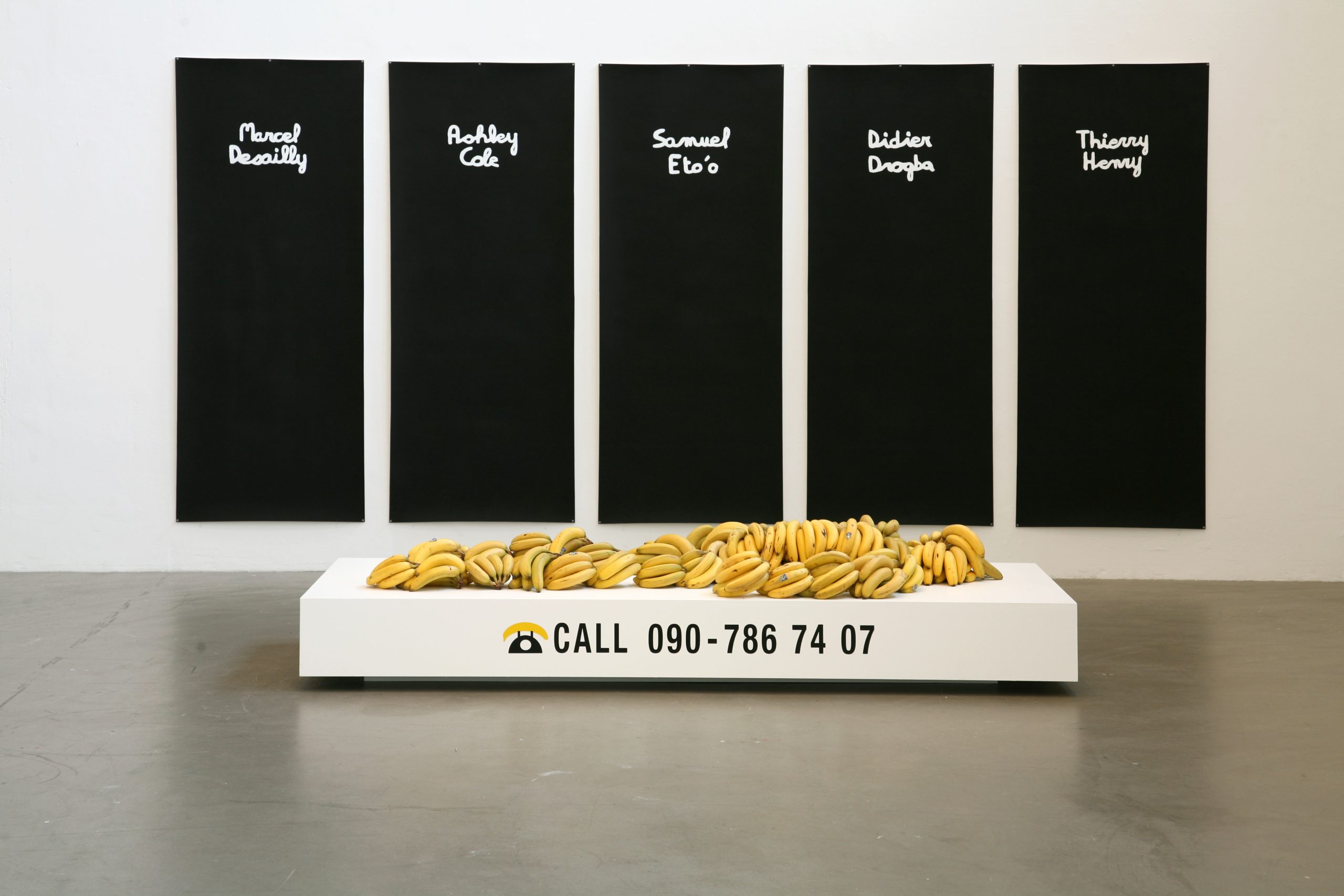 Monkey Banana is a more complex installation in which the banana man appears together with an audio and interactive component. At the back of the installation hang black clothes on which the names of various footballers of black origin that have suffered racial insults at some point in their career are written in white. When the spectators approach the work, they can call the phone number of a call centre and hear the following pre-recorded message, “Yesterday, on the banks of the Mississippi River, strange fruits hanged from trees. Nowadays, in football stadiums, bananas and monkey noises are thrown at men”. The telephone message combines the reference to the massacres and lynchings that black communities in the USA suffered (and which are commemorated in Billie Holiday’s song Strange Fruit) with the racial aggressions now endured by public figures such as sportspersons. Depending on where it is exhibited and the history of the place, this installation as well as Tears of Bananaman is open to different interpretations. In particular, Boclé makes reference to the French colonial past in the Antilles both through the names written on the cloths and through the representation of the work and tragedy of the slaves and black workers in banana plantations. This work was exhibited in Martinique and for that occasion the artist used bananas produced in the island and cultivated using the pesticide known as chlordecone or Kepone. The use of this pesticide was prohibited in the whole of the French territories in 1990 but continued to be used in the Antilles for a further three years. Additionally, its use was much more widespread in the Caribbean and the tragic consequences continue to this day.