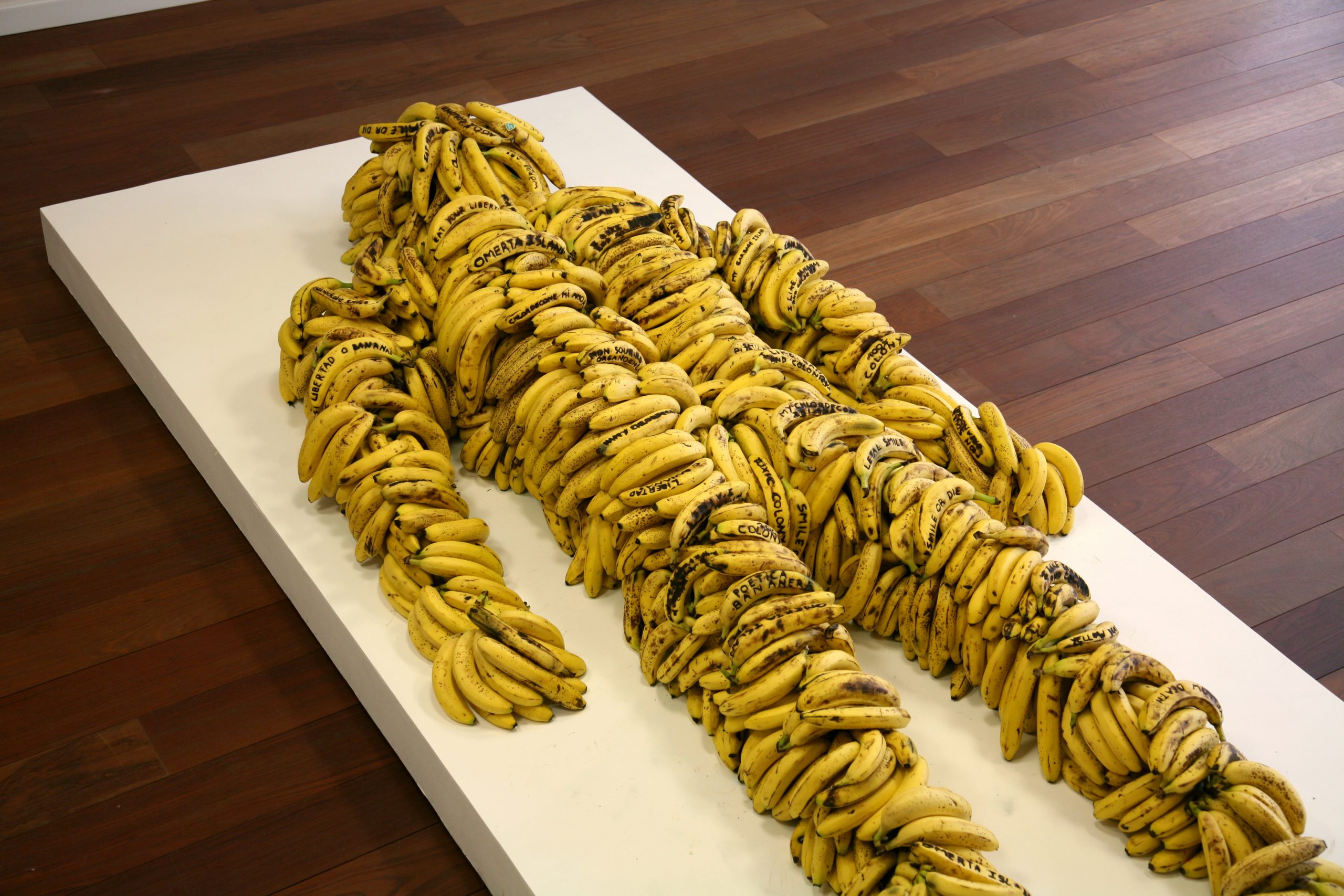 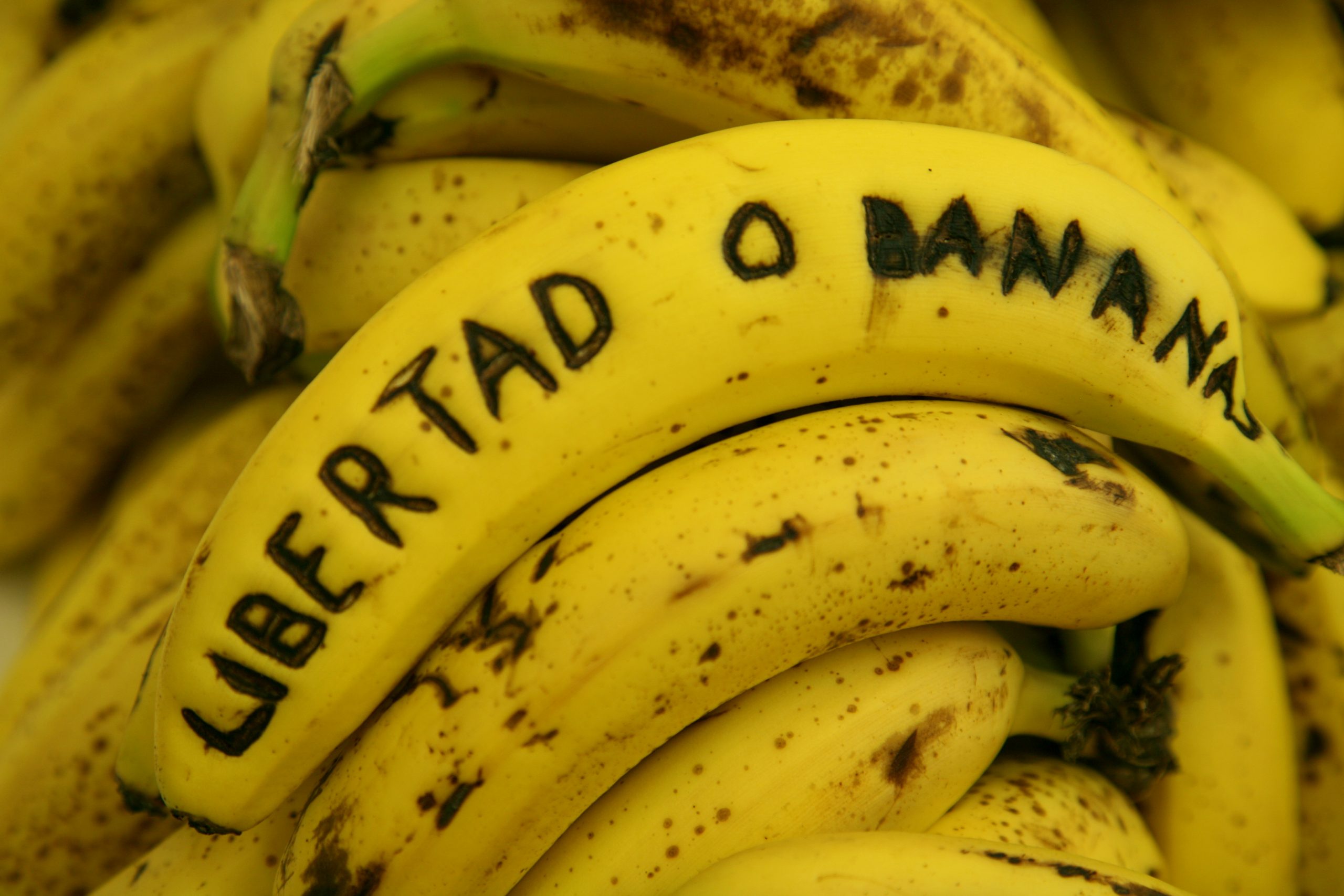 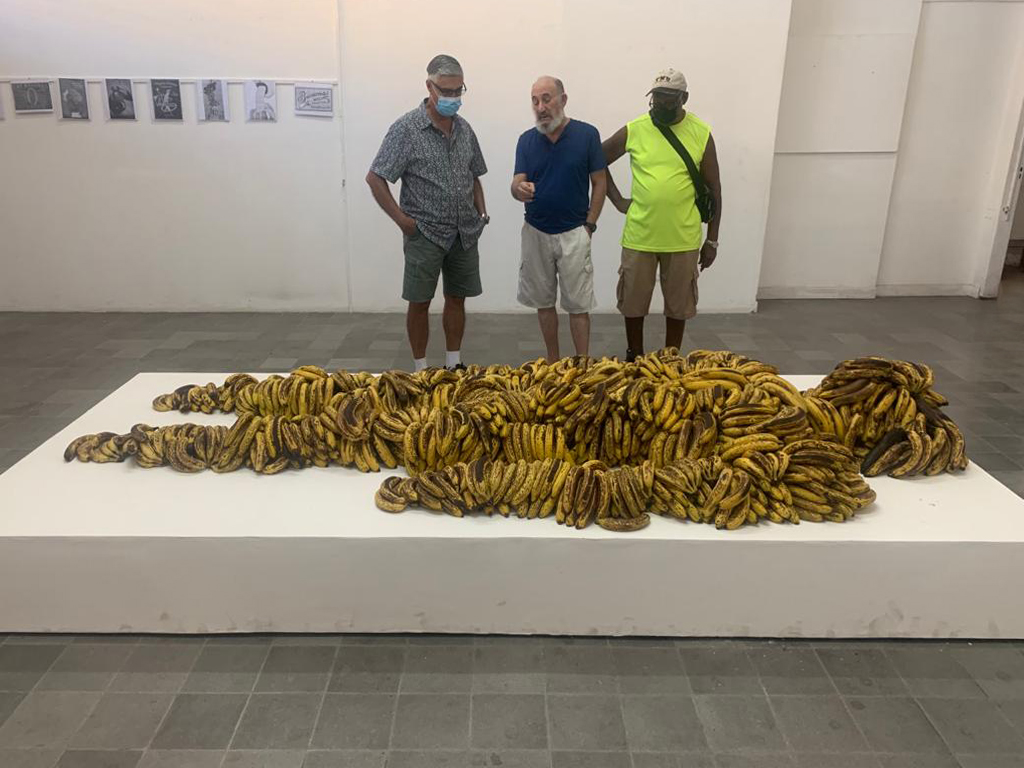 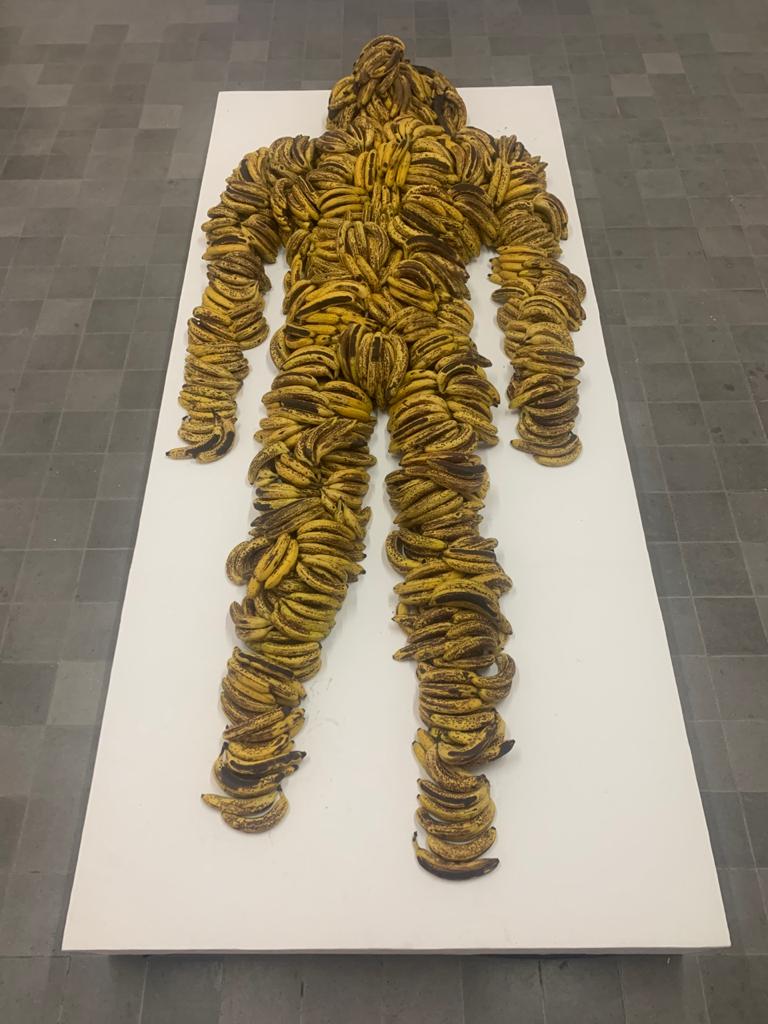 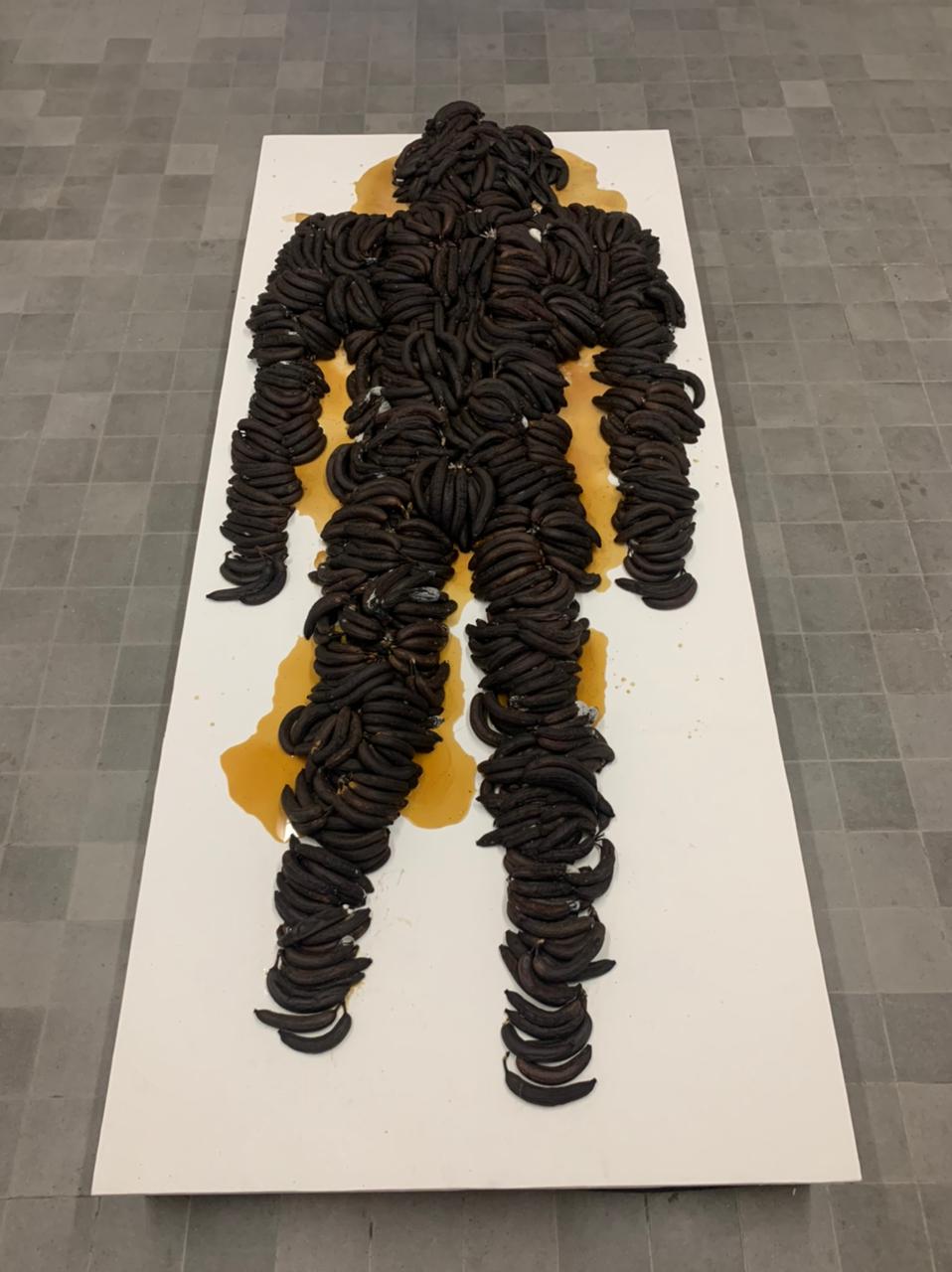 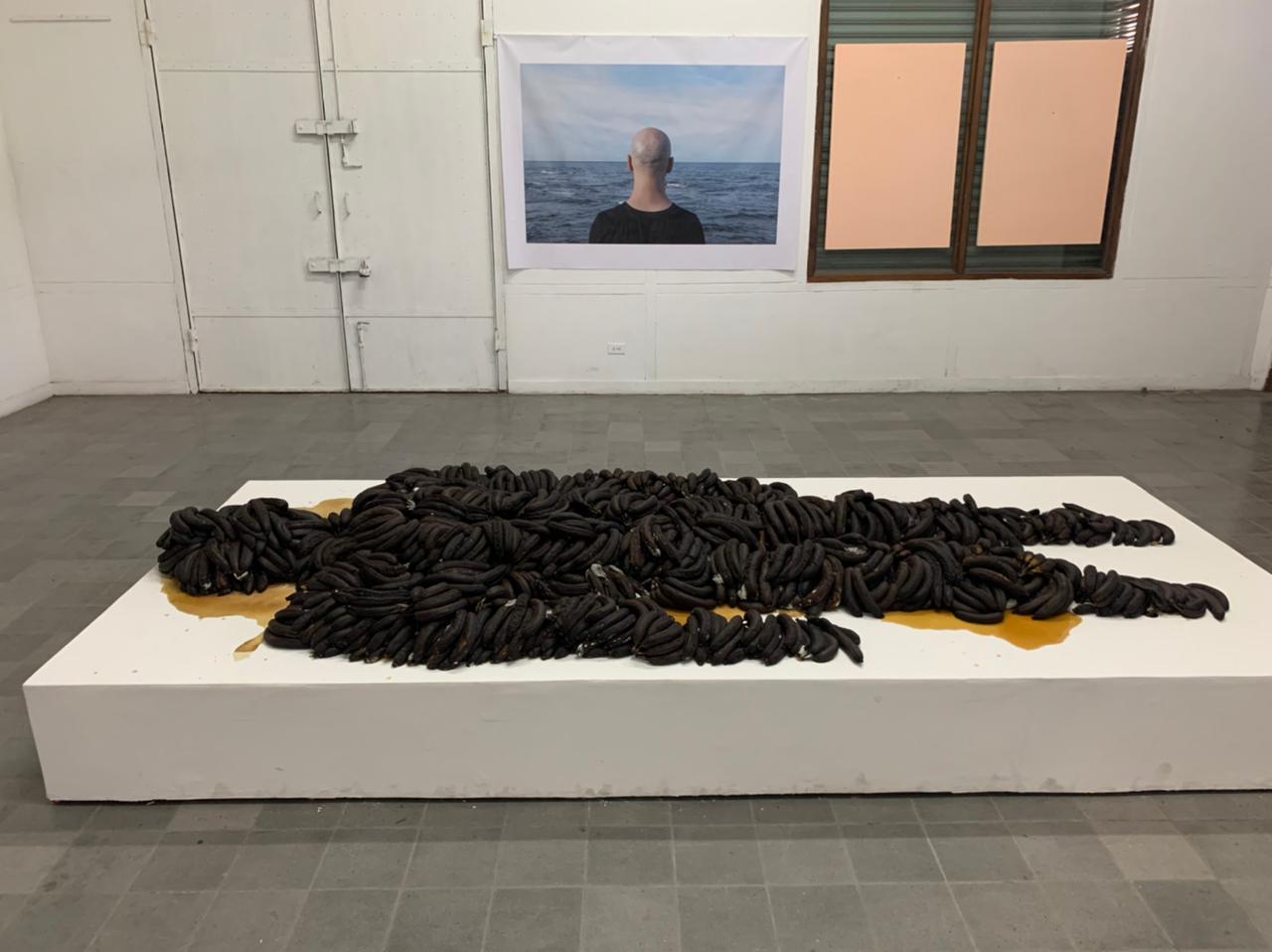 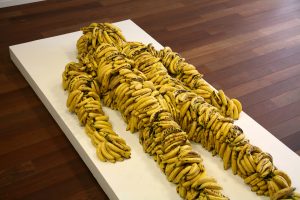 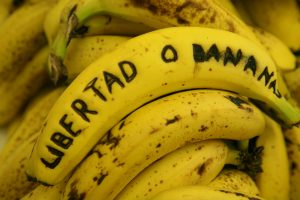 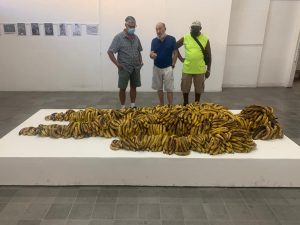 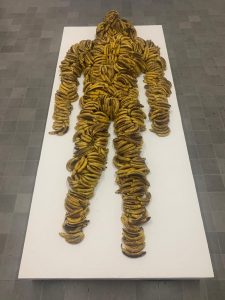 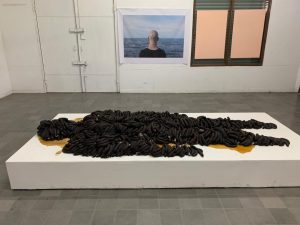 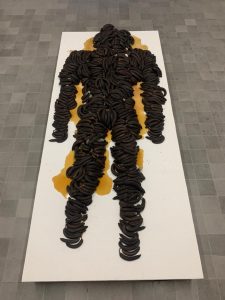 In Tears of Bananaman the artist Jean-François Boclé sculpts the face of a man lying face down on a wooden base in the pose of a dead person using bananas. The base serves as both a coffin and a support for the sculpture. Some of the fruit have a series of phrases carved into their skin, phrases such as “Eat your Liberty”, “Smile or die” or “Garbage tropics” that appear more like slogans for an obscure advertising campaign than statements capable of evoking the virtues of the apparently innocent fruit. Boclé’s installation reveals the tensions generated by the banana tree: the concept of exotic, abundant tropics free from control in contrast to the extractive economies  dependent on corrupt political models where decisions are based on economic interests without taking into account the repercussions on the workers, the poor safety conditions and the impact of mono-cropping on the environment. Boclé’s Bananaman is a figure made from the “sacrifice” of 300 kilos of bananas that begin to rot during the exhibition. The recumbent figure references the deaths caused by Latin America and Caribbean banana companies, such as the infamous banana plantation massacre that took place in 1928 in the city of Ciénaga in the Colombian Caribbean.