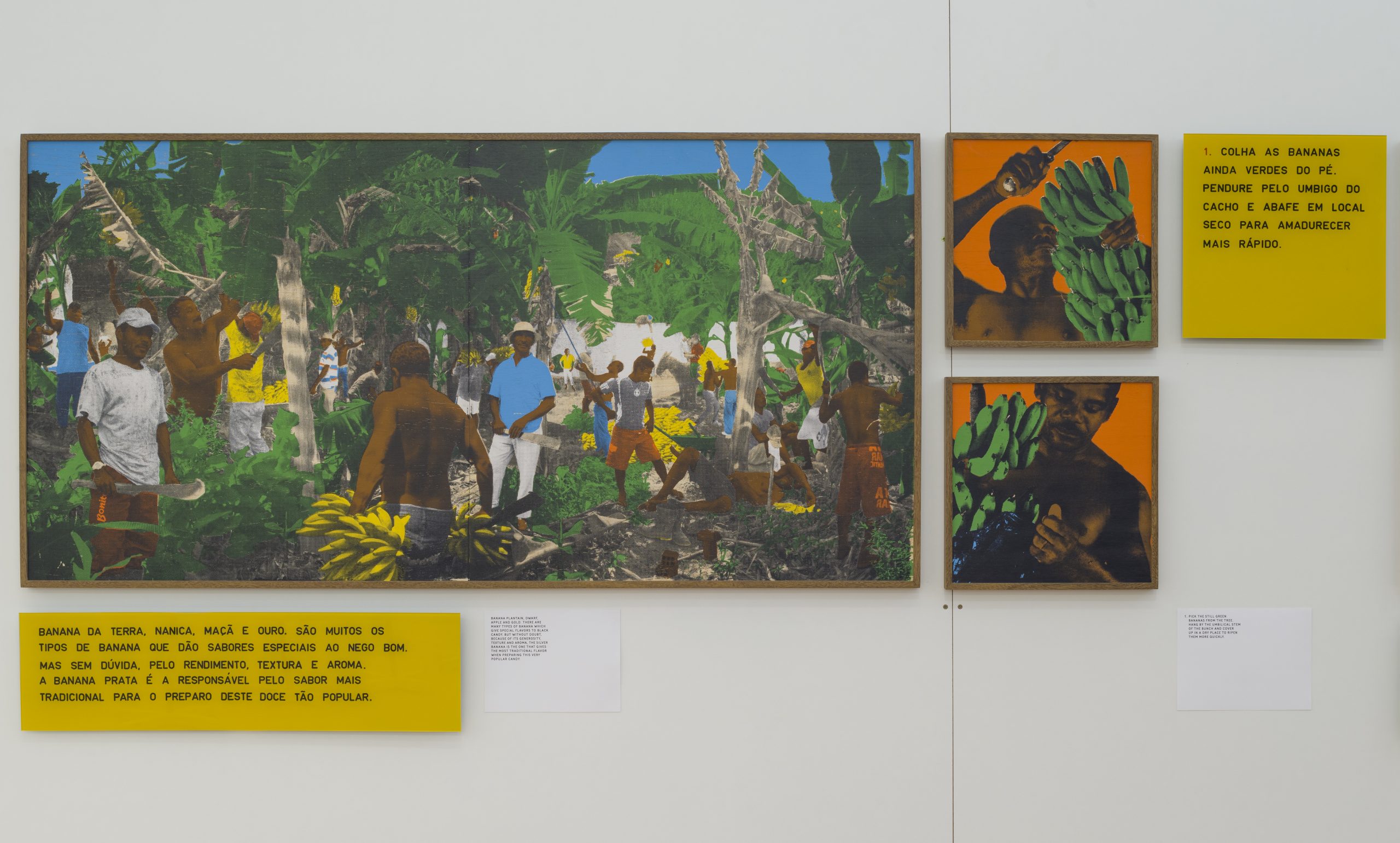 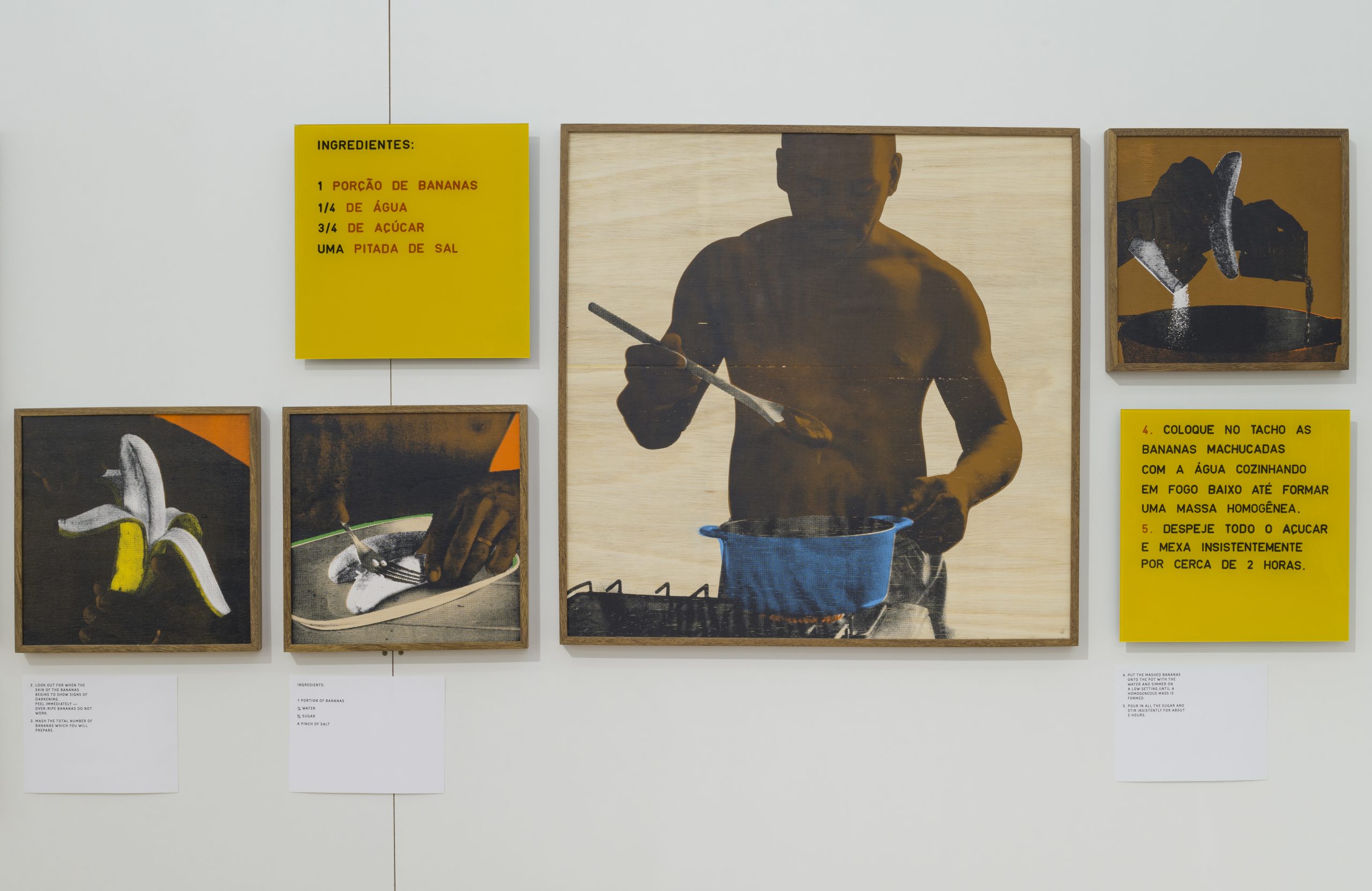 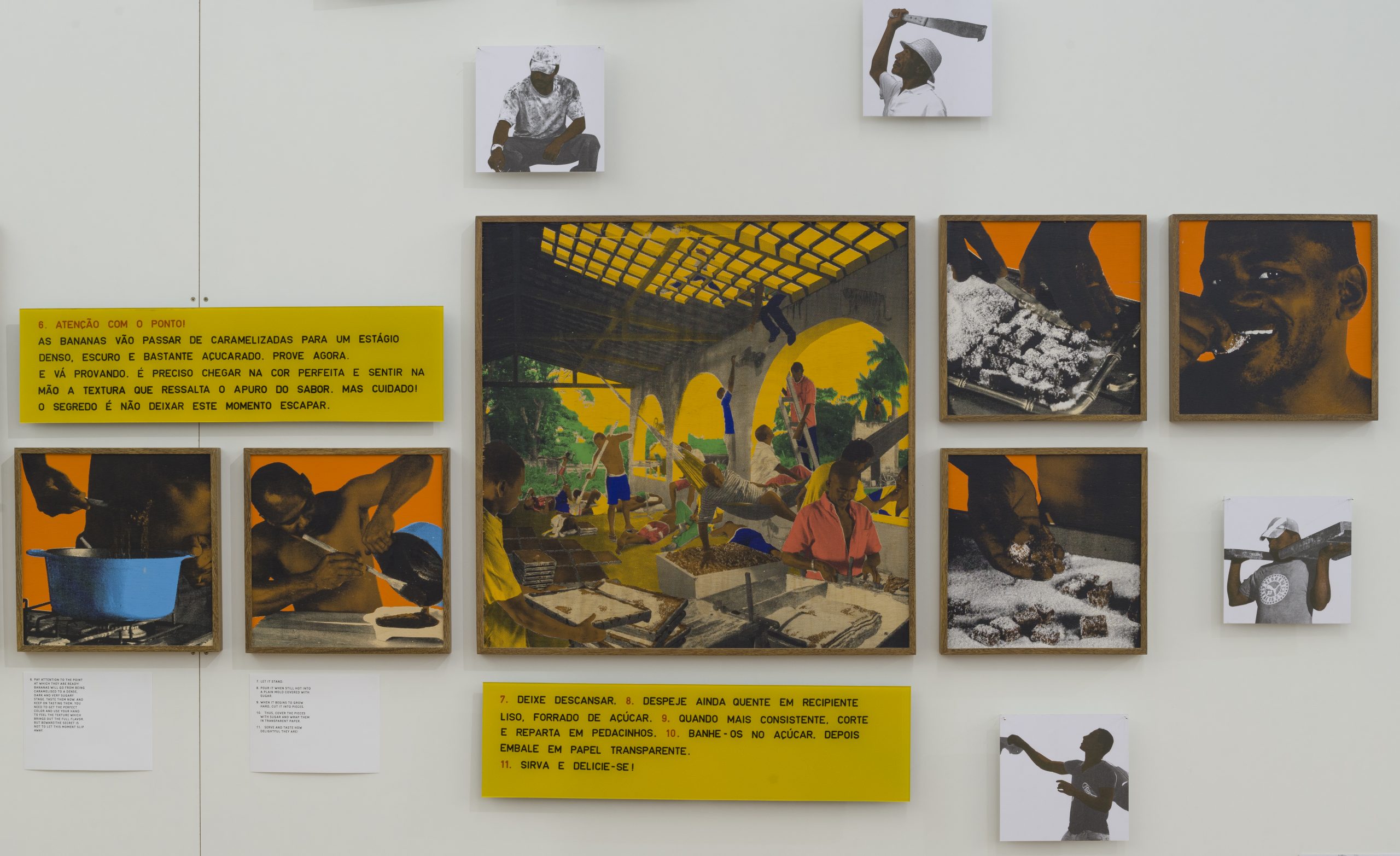 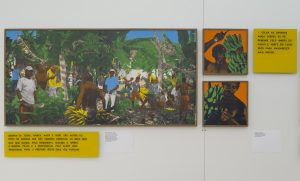 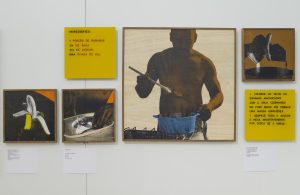 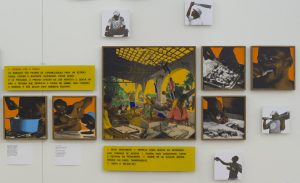 The title of Jonathas de Andrade’s work 40 nego bom é um real makes reference to the sweet-sellers in open-air markets that offer “40 ‘negros buenos’ for a penny”. “Negro bueno” (meaning ‘good negro’) is the name of a popular sweet which is traditional in northeastern Brazil, made with cooked bananas. However “nego bom” also alludes to the supposedly affectionate, though also racially charged, term which is used to refer to Brazil’s population of African origin. The work is divided into two parts, comprising several panels with illustrations and captions. The first focuses on the preparation of the banana-based sweet and explains the manufacturing process from the harvesting of the fruit, to recipe ingredients and the selling of the sweet. The second part of the work consists of a table of accounts calculating the salary of workers at the sweet factory. The salary is calculated according to their work and personal relationships, taking into account, for example, the degree of friendship between employees, their physical condition, their parentage, their possessions, etc. De Andrade links the demanding agricultural work which was historically carried out by Brazil’s population of African origin (for example on banana plantations), to contemporary forms of racism linked to consumption and expressed through advertising language. De Andrade deconstructs one of the foundational myths of modern Brazilian society, inspired by Gilberto Freyre’s work Casa-grande