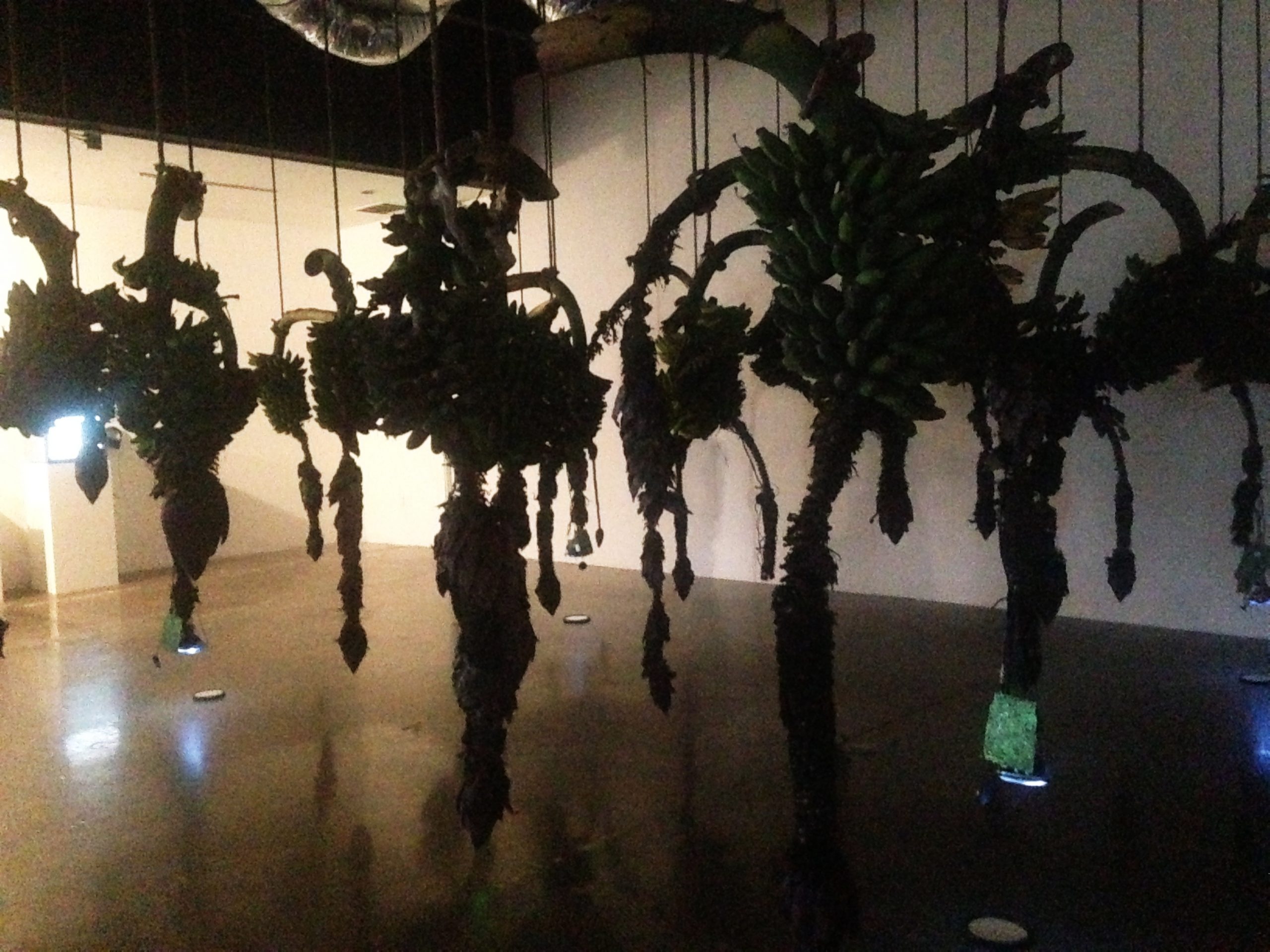 José Alejandro Restrepo’s installation Musa paradisiaca is emblematic of contemporary art in Colombia. The artist arranged banana branches hung from the ceiling with television monitors attached in the lower part of the branch, where the blossom would normally be found. The monitors project images taken from news bulletins from the beginning of the 90s, reporting on the massacres which occurred in the banana-producing areas of the country. The installation is the result of a long process of investigation undertaken by Restrepo, which started with his discovery of an etching by the travelling artist Charles Saffary, published in his 1869 book Voyage a la Nouvelle-Grenade. The etching presents the image of a woman with racially distinctive features in the middle of an indeterminate landscape, seated below a banana tree. The image is accompanied by the words: “Étude de bananier (Musa paradisiaca)”. His interest in the archive led Restrepo to deepen his investigation into the implications of banana growing in a country like Colombia, where the reality of social and political impacts and the violence exercised by multinational companies in banana-growing areas have been present since 1928, when the famous Banana Massacre occurred. The installation therefore reflects the prominence of the banana plant in national history. The work appeals to history and activates the senses – with the passage of time the bananas gradually degrade and produce the characteristic smell of ripening fruit, which in turn activates the sense of taste, whilst sound comes from the news bulletins on the television monitors and vision is also sharpened because the projected images can only be seen by reflection in a series of mirrors spread on the floor. As such, it is impossible not to associate the gradual death of the plants with the projected images of the deaths caused by the conflicts associated with the plantations. The temptation to eat the fruit is tainted by the social, political and economic implications that banana monoculture has caused in Colombia. In this installation the banana plant becomes an allegory for the forbidden fruit of the Latin American paradise.