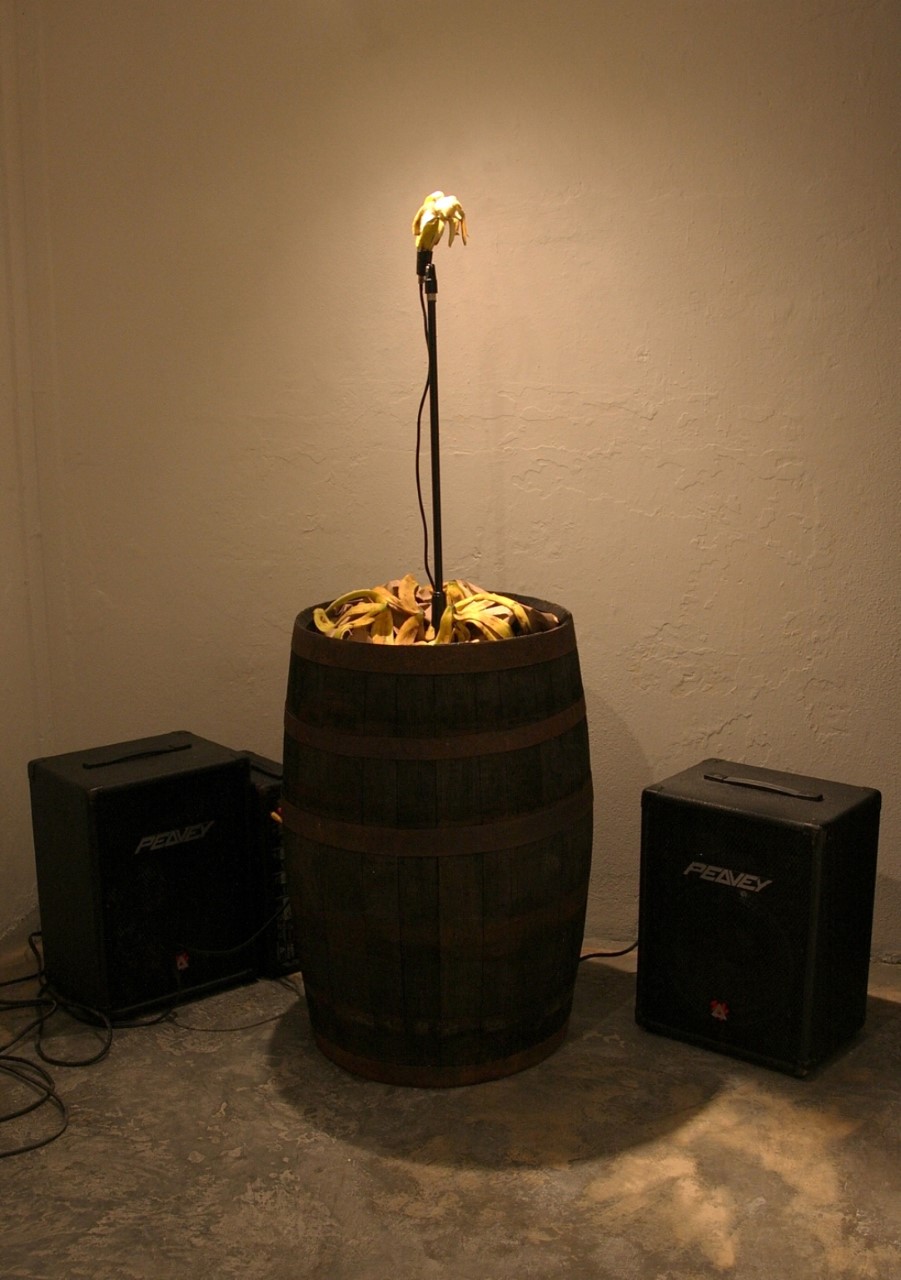 The work Discursos by the Puerto Rican artist Karlo Andrei Ibarra is an audio installation comprising an oak barrel inside which the artist has placed banana skins. One of the adjacent loudspeakers plays a series of speeches which the artist put together from recordings of political campaigns which took place in Puerto Rico in 2008. From the centre of the barrel emerges a microphone stand and in place of its head the artist has placed a banana with its peel drawn back, exposing the fresh fruit which decomposes with time in the exhibition room. Ibarra associates the banana, and in particular its skin, with the notion of something slippery and trivial. The banana has been a source of comedy for a long time, as its popularisation in the US led to banana peels being discarded on the ground in cities, causing passers-by to slip unexpectedly. In Ibarra’s piece however, the notion of being slippery is associated with the trivialisation and banalisation of political discourse. As the artist himself explains: “As well as the fruit being part of the basic diet in Puerto Rico, the peel is reflective of the overworked and flagging sociopolitical and economic discourse upheld in Puerto Rico for more than 40 years, the very discourse which has made our society slip over”. 1