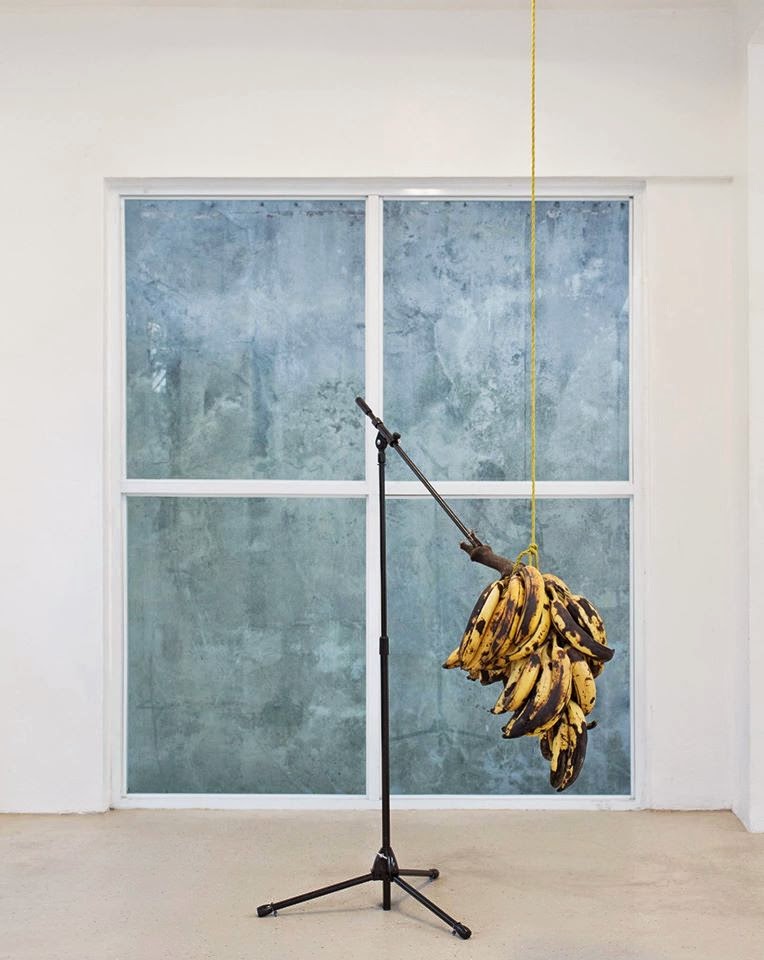 In his 2014 piece Cacofonía discursiva, Ibarra introduces a variation on his work Discursos. A bunch of bananas hangs from a stand in place of a microphone. The bananas are tied to a cord hanging from the ceiling of the exhibition space, reminiscent of a hanged person. Over time the fruit breaks down and the room is affected by the smell and change of colour that occur as the work decomposes. In this work Ibarra associates the banana, and in particular its skin, with the notion of something slippery and trivial. The banana has been a source of comedy for a long time, as its popularisation in the US led to banana peels being discarded on the ground in cities, causing passers-by to slip unexpectedly. In Ibarra’s piece however, the notion of being slippery is associated with the trivialisation and banalisation of political discourse. As the artist himself explains: “As well as the fruit being part of the basic diet in Puerto Rico, the peel is reflective of the overworked and flagging sociopolitical and economic discourse upheld in Puerto Rico for more than 40 years, the very discourse which has made our society slip over”.1Thus Ibarra comments on the hollow nature and the death of the political discourse which promises a lot but achieves little.