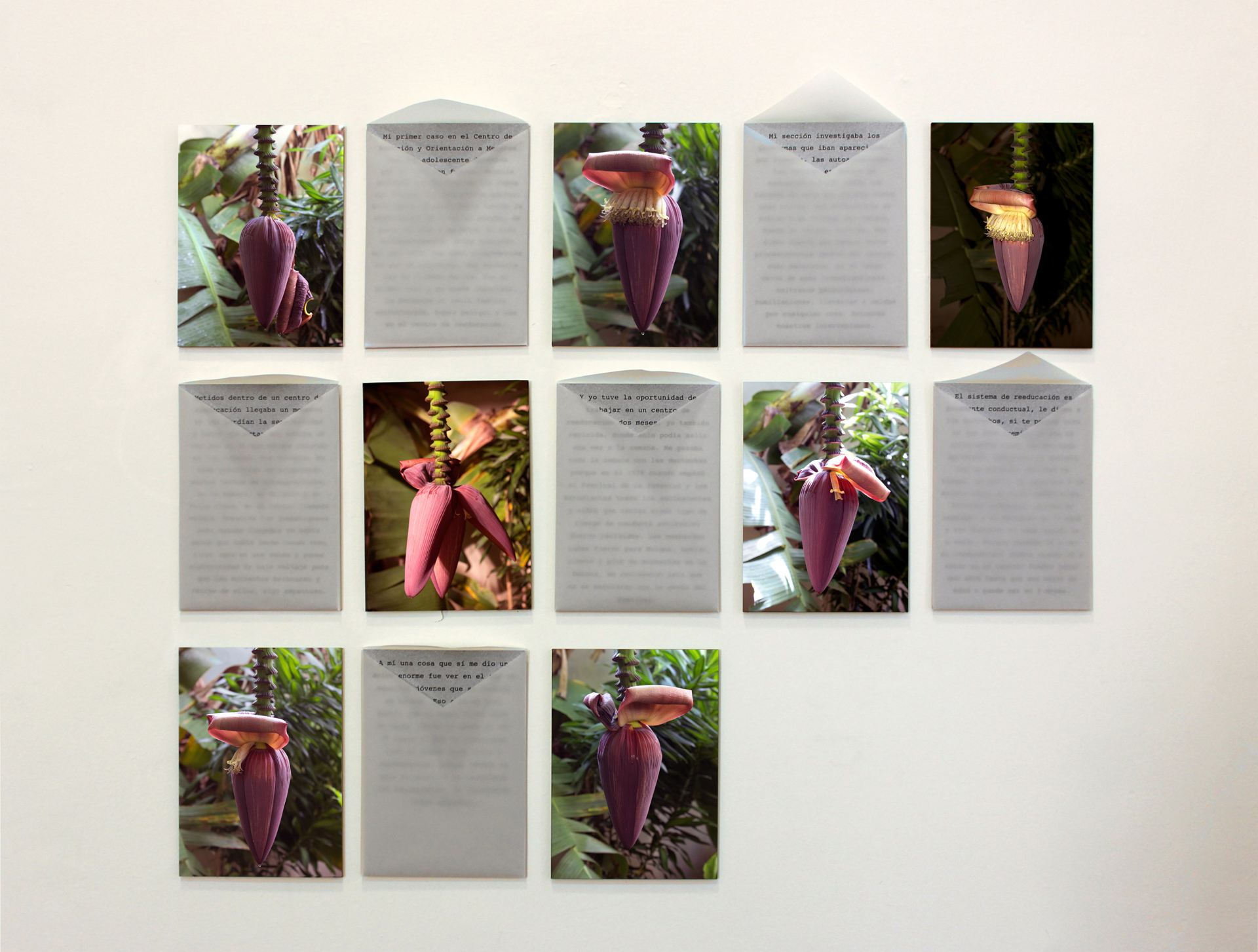 Credits: Collection of the artist.
Photography by Celia González

Deshijar is a solo piece by Celina Irina González, from artistic duo Celia-Yunior, and draws upon the banana as an icon of Cuban national identity. The term ‘deshijar (pruning)’, commonly used by Cuban agricultural workers, refers to the act of stripping buds from banana (and other) plants to encourage the fruit to sprout more quickly. This process typically consists of removing some of the flowers before they can fully develop into fruit. The flowers left on the plant then become larger, heavier bananas as they do not have to share nutrients across large numbers of fruit.

In this eight-photograph series, González captures the flowers from several banana plants and places them alongside excerpts from an interview done with her mother. These interviews were about her mother’s experience as a psychologist from 1977 to 1981 in the Dirección Nacional de Menores (National Office for Child Services), the office that manages re-education centres for children and adolescents in Cuba.

González’ mother recalls the control, detention and ideologies the children were subjected to in these centres. Across all the links drawn between the images and the text, González here reflects on the pruning of Cuban youths’ childhood; cutting away their natural form so they conform to the standards of Cuba’s revolutionary government to make them more productive components of the system.