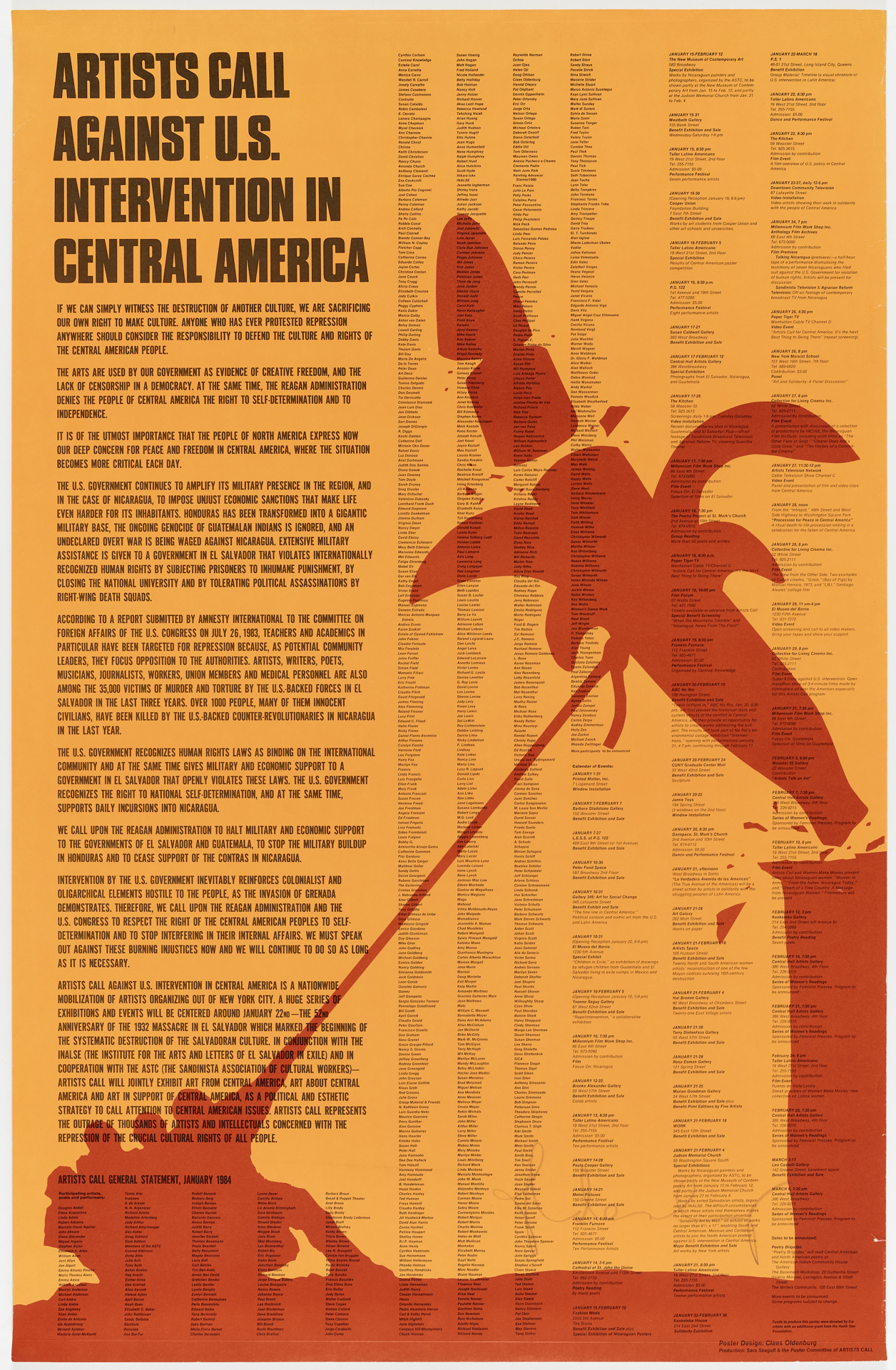 Credits: Collection of the Institute for Studies on Latin American Art (ISLAA)

Designed by renowned pop artist Claes Oldenburg, this poster promotes the prominent movement, from 1983 onwards, by American artists against the intervention by the Ronald Reagan administration into Central America.  The US advocated for and supported right-wing guerrilla forces, such as the Nicaraguan rebel group Los Contra, facilitating the illicit sale and trafficking of weapons and even showing readiness to send troops to intervene in conflicts in these countries.

Faced with these rising tensions, a group of organisations along with hundreds of artists, united to take a stand against these dramatic events. The group, which named itself Artists Call Against U.S. Intervention in Central America, planned a series of initiatives, concerts and exhibitions that sought to raise awareness about the situation in Central America. They also acted to bring their resistance to the Reagan administration into the public eye.

The poster includes the list of those taking part in the movement, accompanied with a general mission statement. To highlight the power of the image, Oldenburg used a saturated yellow for the background and the orange silhouette of a group of men toppling what appears to be a hybrid of a giant banana plant and its fruit. The banana appears partially peeled, with the fruit inside broken into fragments. It evokes the violence of the time as much as the preceding history of US political intervention in the banana enclaves.