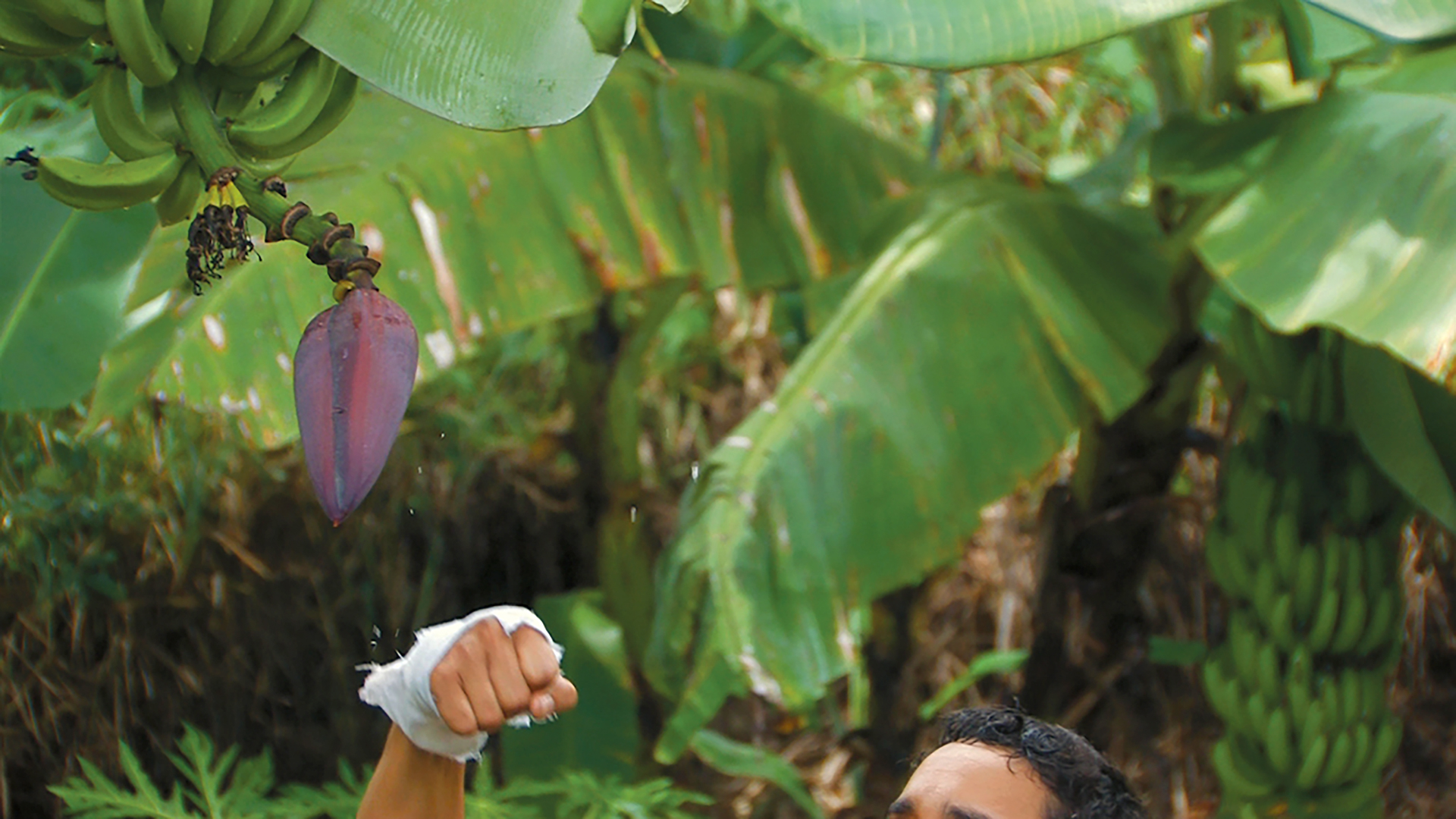 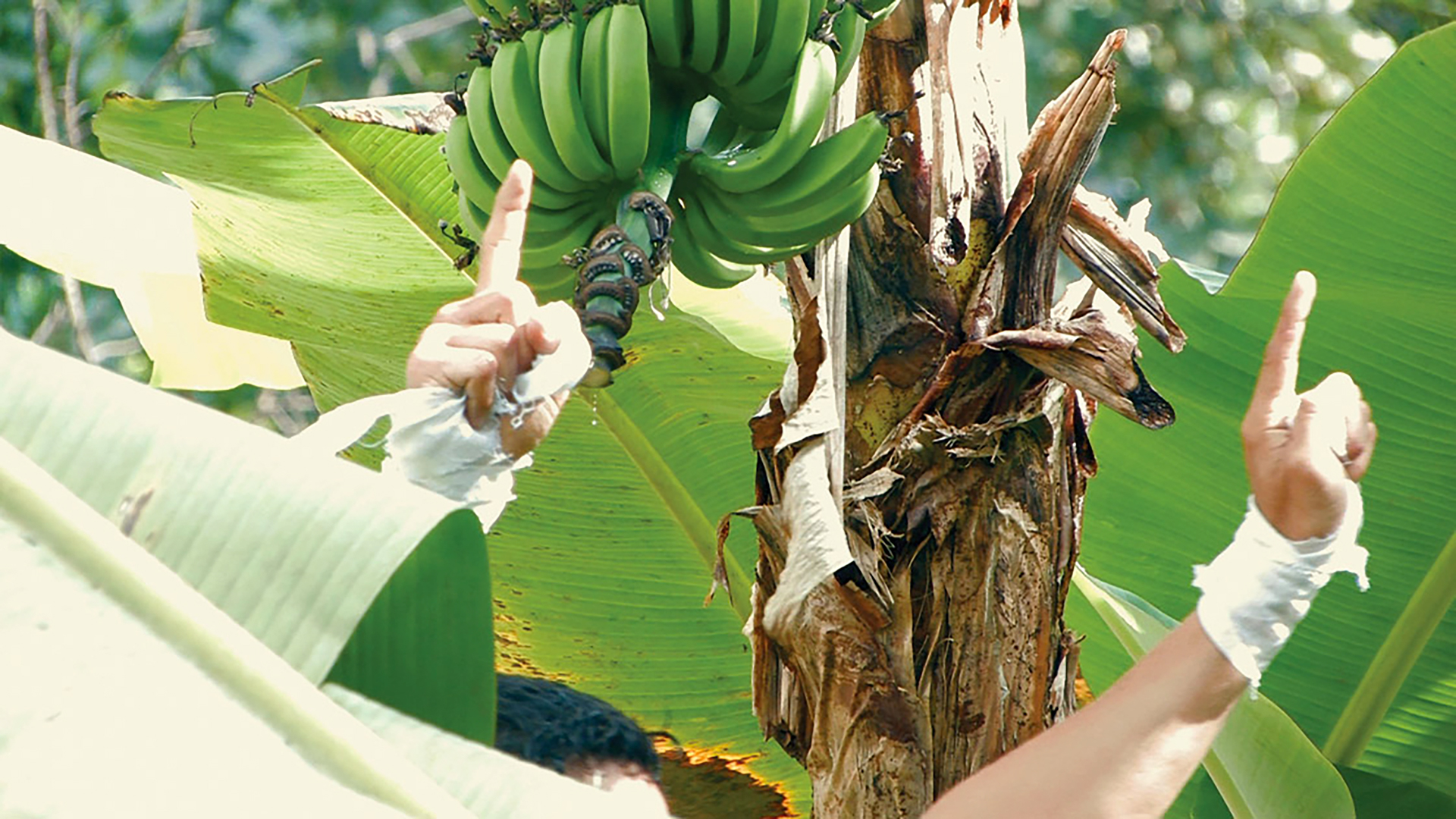 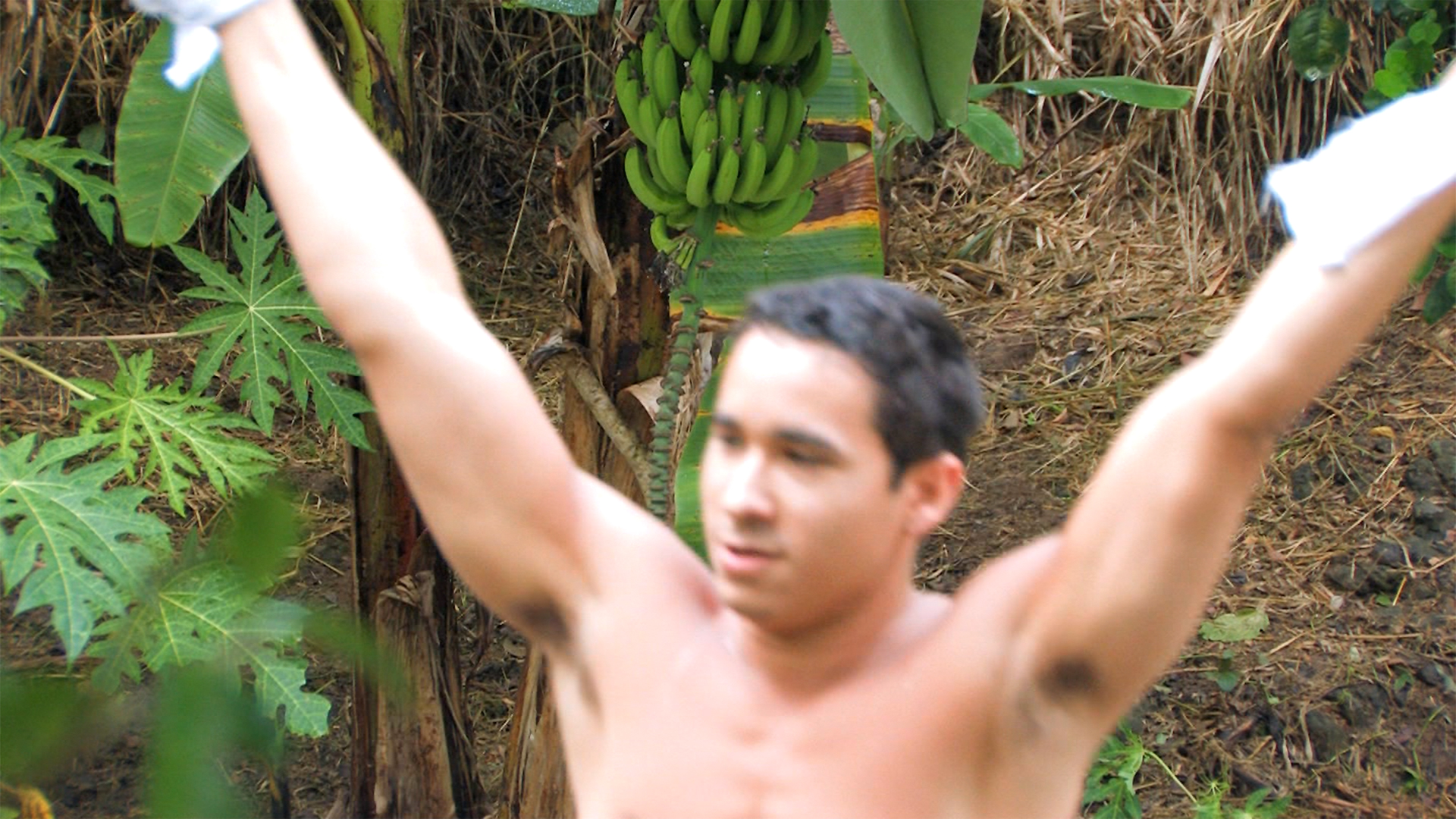 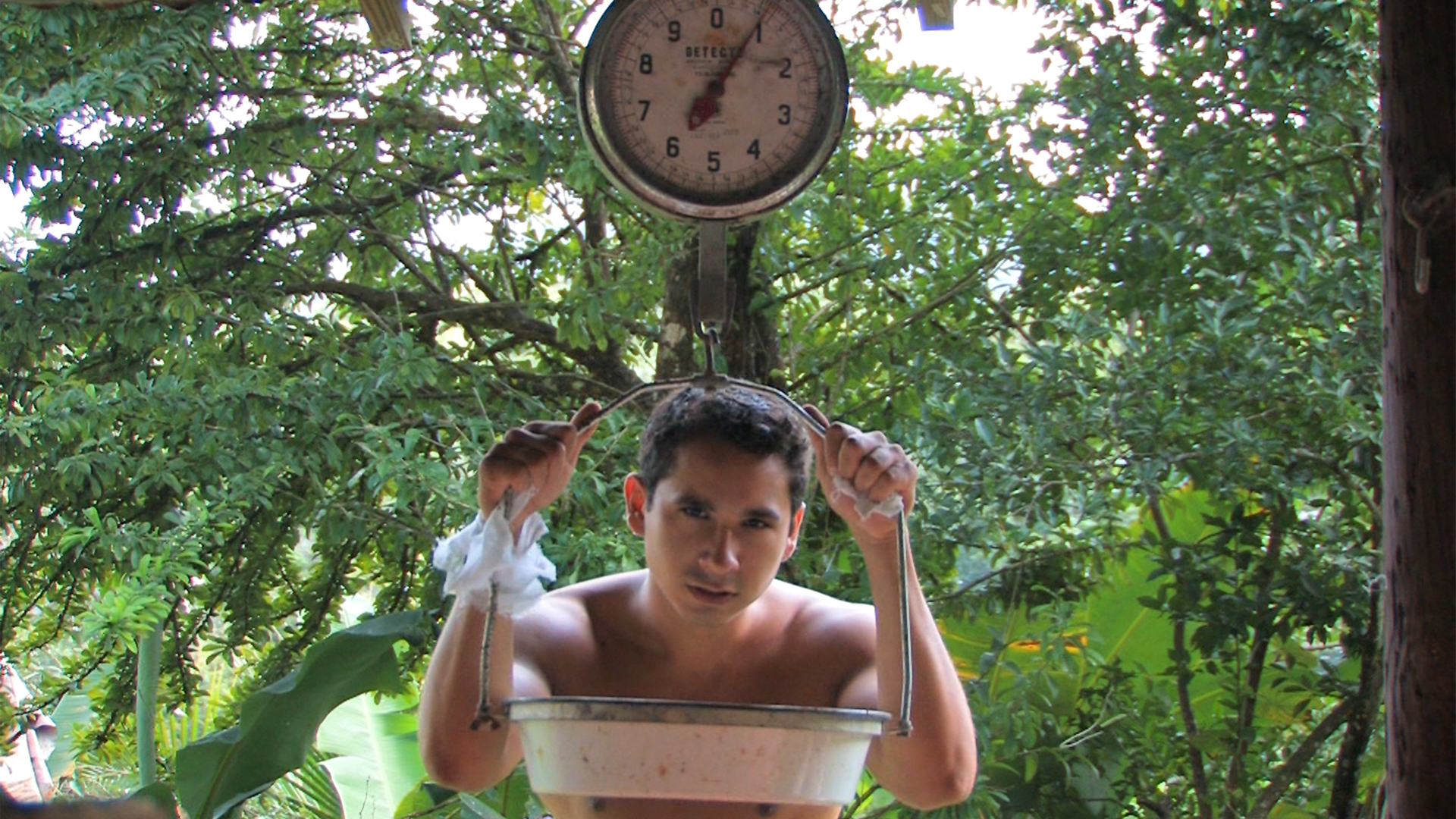 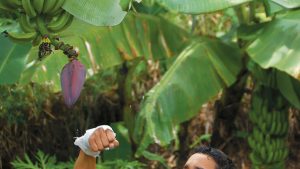 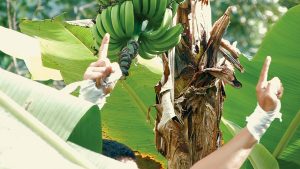 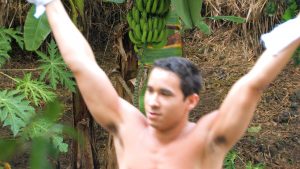 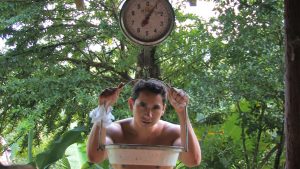 In this work the Puerto Rican artist Javier Bosques literally confronts the cultural legacy of the region. In the video Peleando con la pámpana, Bosques is having a fist fight with the flower of the banana tree, the pámpana. The artist punches the enormous flower until it breaks off from the stalk and the sap starts to drip from the tree. At the end of the fight Bosques leans on a farmers’ weighing scale, looks at the camera and asks, “And now who is the best pound for pound?” In Puerto Rico the expression “have the banana stain” refers to the Boricuan people and is used with pride to signal the culture, language and ways of life relating to this collective. The saying alludes to the stain left by the banana tree sap when the fruit is cut (a fundamental component of the local diet). Through this symbolic conflict, Bosques challenges the clichés constructed around the banana and boxing as elements of Puerto Rican identity.