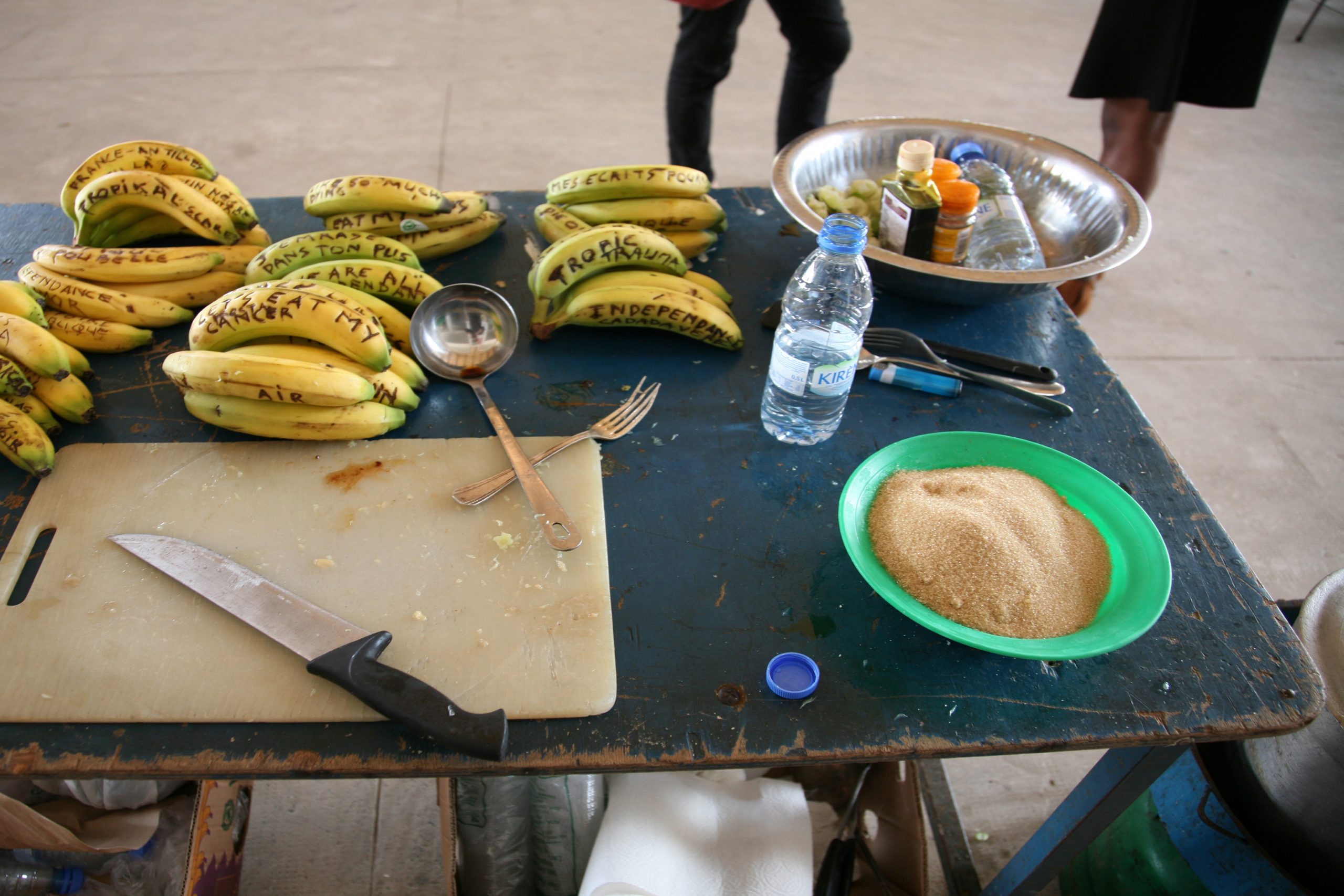 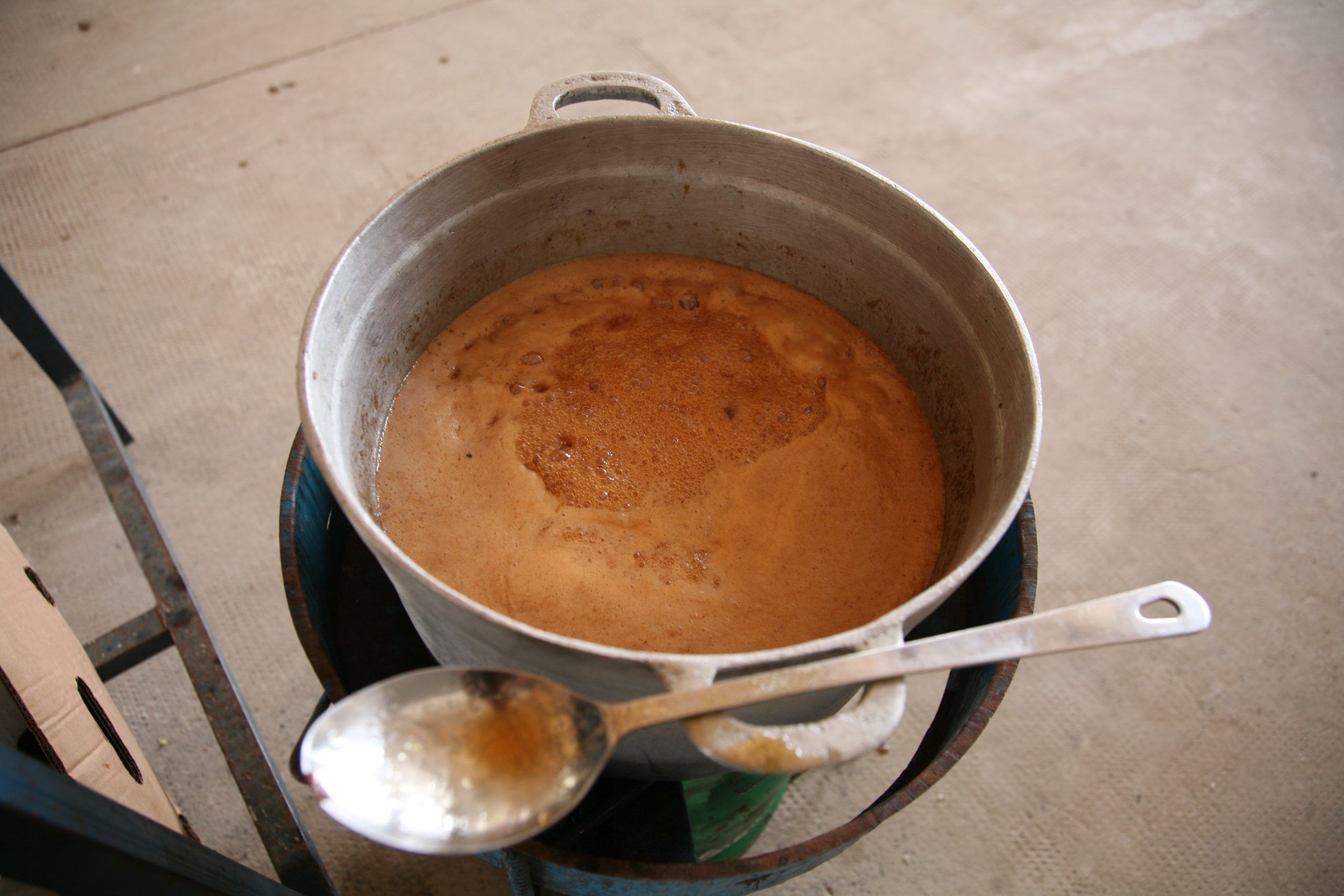 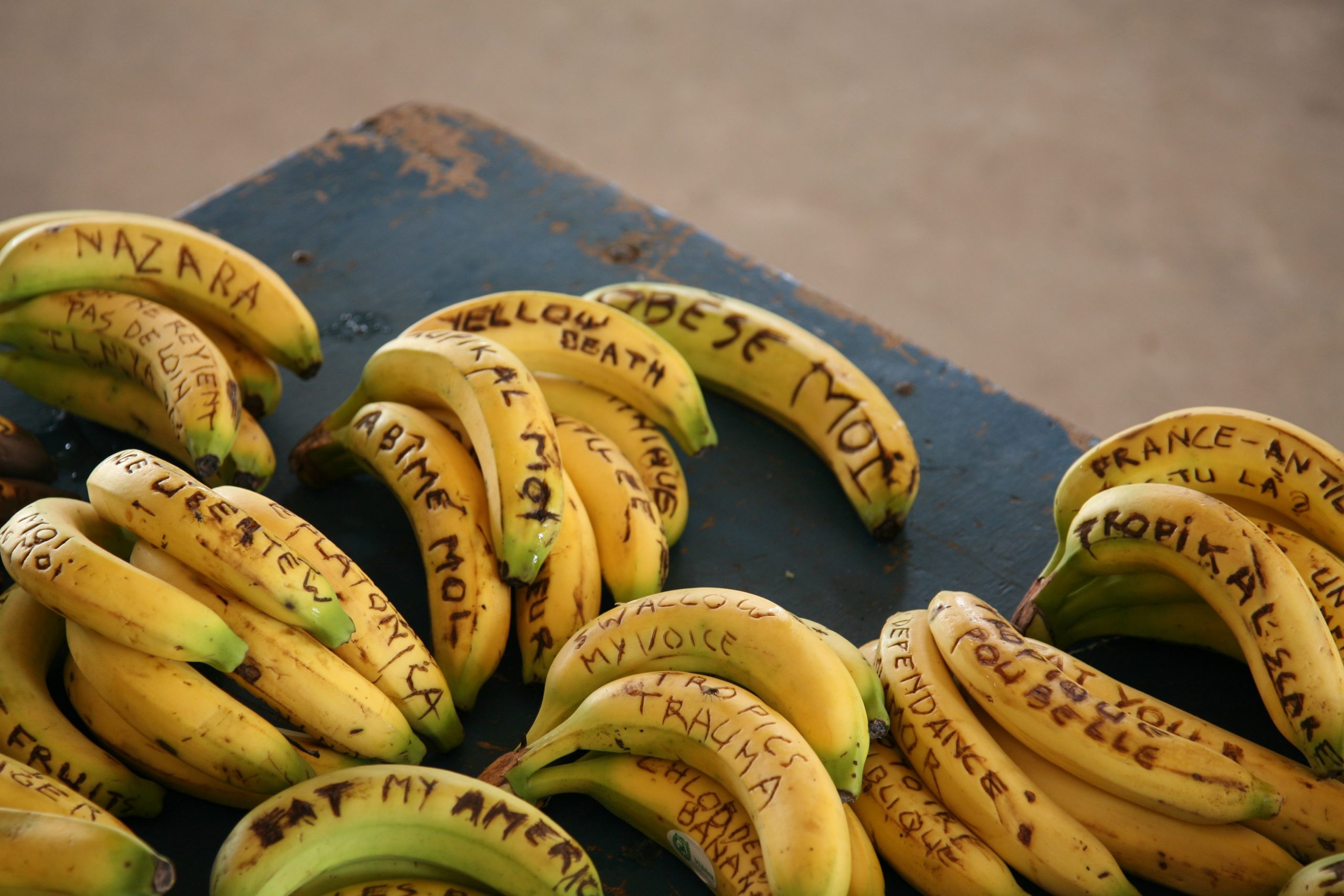 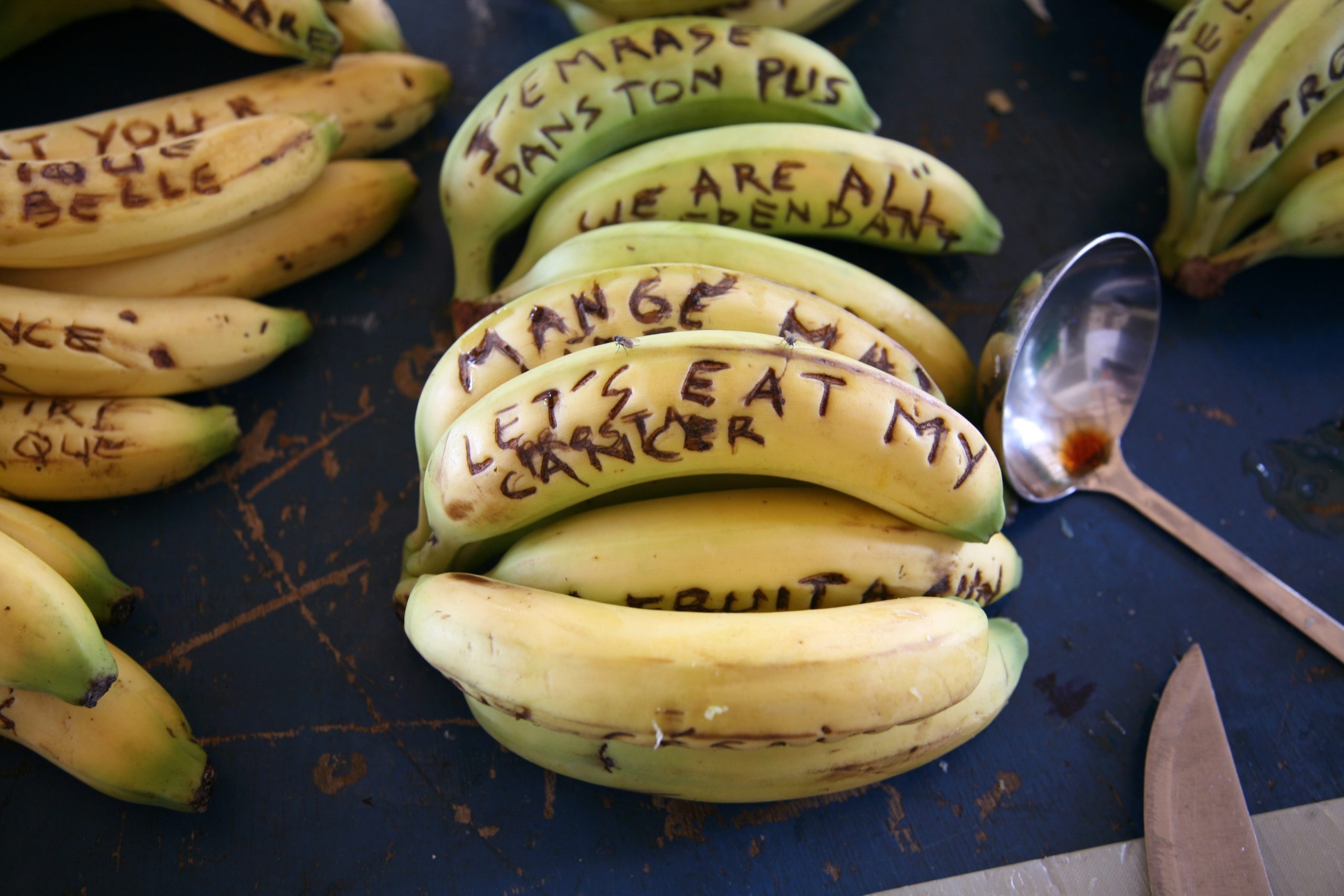 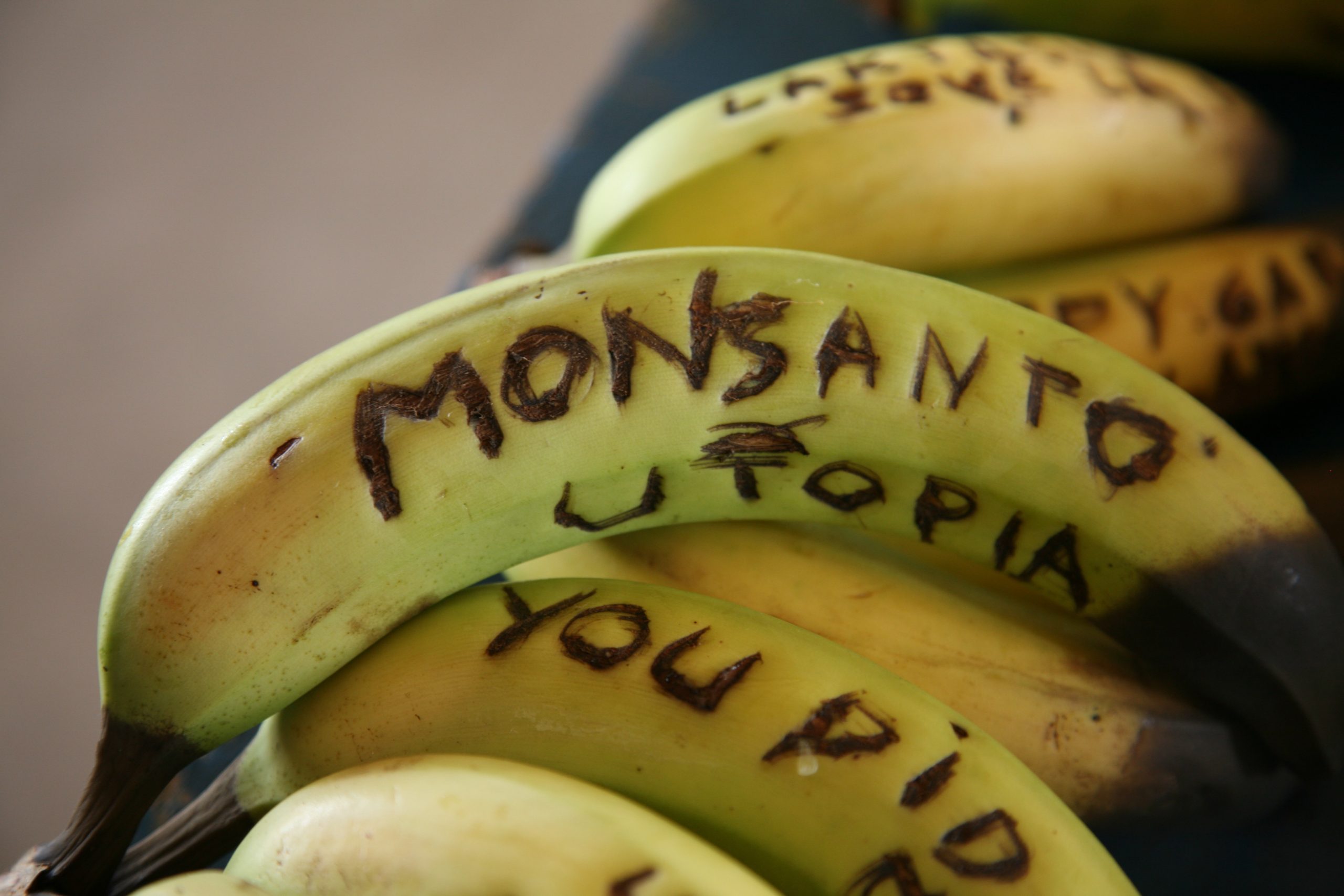 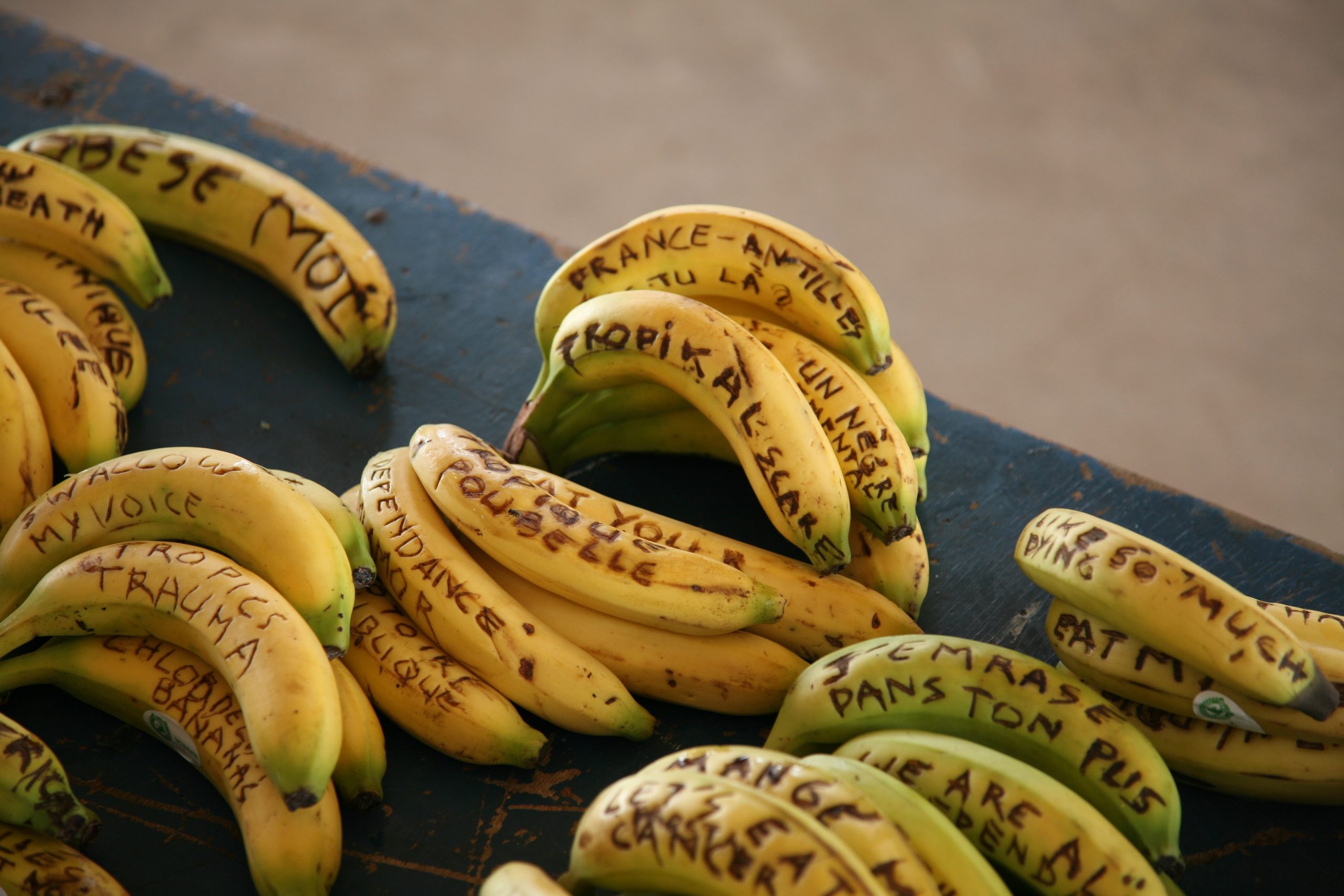 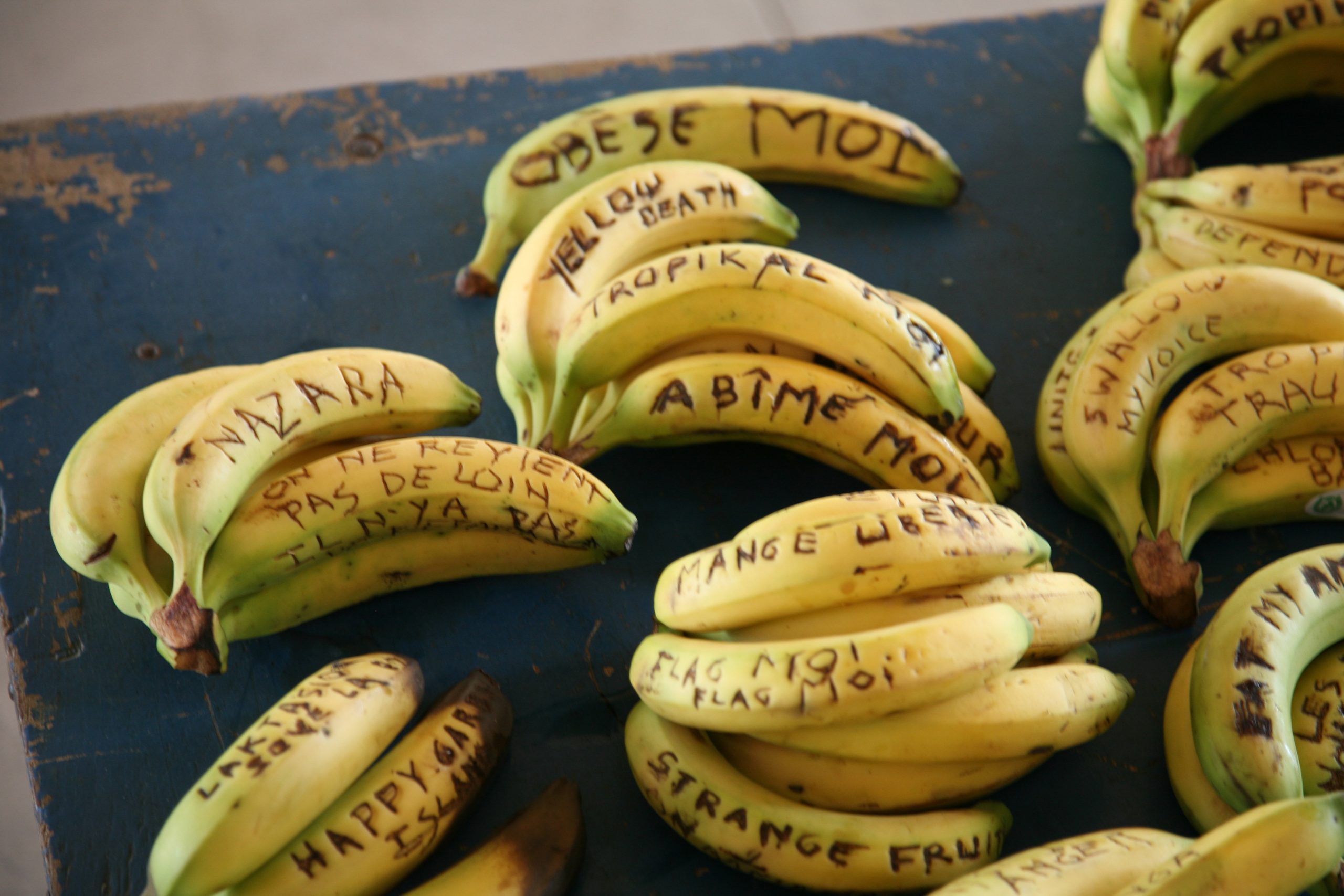 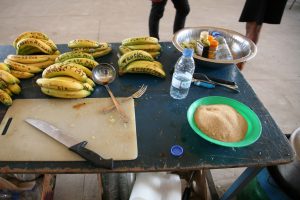 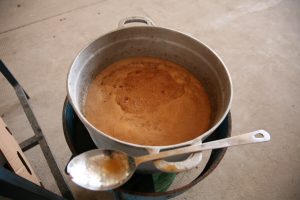 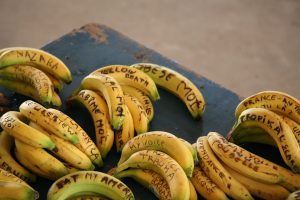 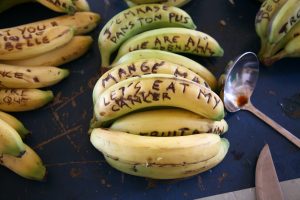 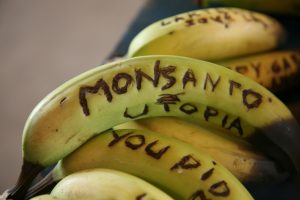 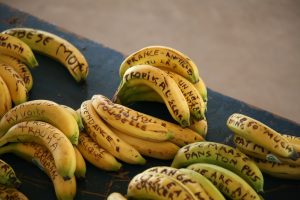 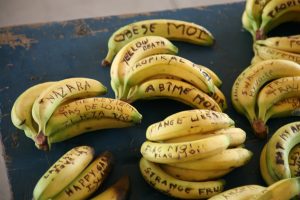 Performed on various occasions such as the Dakar Biennale, in Barranquilla and in Benin, this performance piece from the artist Jean-François Boclé (a Martinican based in Paris) comments with a critical eye on the violence targeted at local inhabitants in the banana sites of the Global South. The performance consists of the preparation of a banana jam made with ingredients that are also produced through extraction economies such as sugar, vanilla, cinnamon, lemon and rum. The skins of the bananas that Boclé uses to make the jam have been annotated with a series of phrases taken from popular sayings or steet conversations in different languages of the Americas and Caribbean such as Spanish, Creole, French and English. “La sangre de la banana nunca se quita” (banana blood can never be wiped away), “A fruit, a gun” or “L’exotisme de la violence” (The exoticism of violence) are some of the phrases that appear on the fruit. During the action the artist takes each banana, reads the phrase aloud and then peels the skin off and launches it into the audience before chopping the fruit on a board and throwing it into a pot to simmer away. Once the jam is ready it is given out to the audience for free. When the performance is held in Colombia, the jam that is left over is kept and a second act is performed that consists of re-enacting the first scene, but instead of making the jam this is distributed in a tasting session, accompanied by a notice that reads, “Free Martinican jam”. The reception to this was surprising as even though the product was being given away for free, the passers-by didn’t want to take any or try it. Boclé’s activities not only expose the relationship between bananas, power and violence, especially in places like the Caribbean where the history of banana massacres is alive in the collective memory, but also suggests a link between the process of consumption and the notion of cannibalism. The idea of consuming a product – or an idea – to generate a new one became a necessary theoretical reference to understand the modern Latin American world whether through the study of anthropophagy proposed by Oswald de Andrade in Brazil or the notion of transculturation coined by the Cuban anthropologist Fernando Ortiz specifically from the study of sugar and tobacco plantations in the Caribbean.