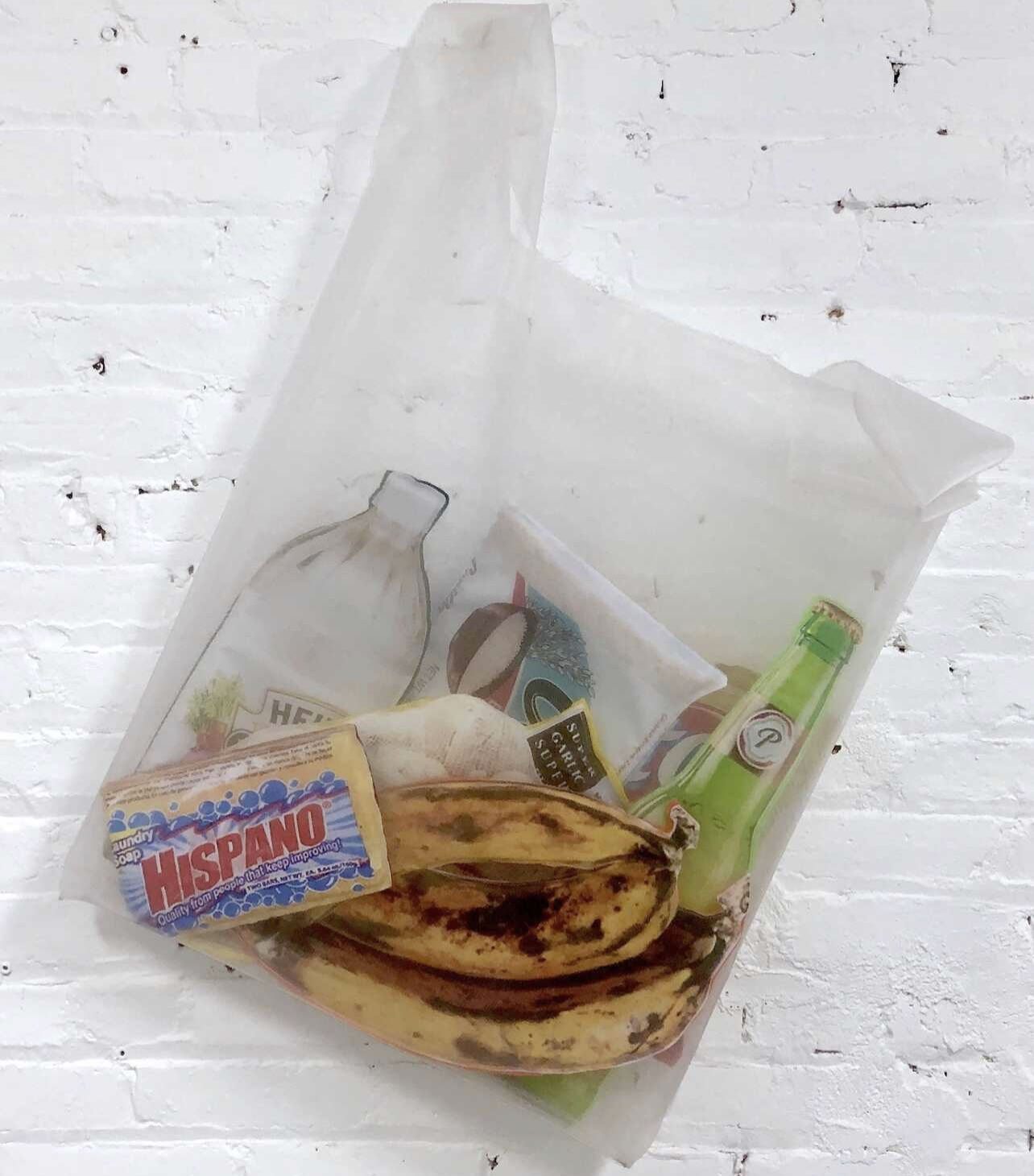 Born in New York city, the artist Lucia Hierro identifies as Dominican American. Her work is an investigation into this hybrid, bilingual identity that the artist sums up in the household goods available in any Latino neighbourhood shop in New York. For Hierro, these products best capture the experience of the Dominican-American reality, given that they combine two geographies and two time periods (that of her migrant heritage and that of her New York present) resulting in a new identity, almost like a new language, shared in the Caribbean diaspora in the Big Apple. Without a shred of nostalgia, the artist elevates these affordable edible items for everyone to a monument status and turns them into symbols of the Latino identity through huge soft sculptures made from foam rubber, felt and chamois cloth. In the Mercado (Market) series the sculptures often consist of gigantic clear plastic bags in which iconic products from New York shops can be found, such as empanadas, tins of Goya vegetables, café Bustelo, yucca and even a Junot Diaz novel. In the Hierro work, the neighbourhood shop is a space for meeting and getting together, a type of home far from a homeland where food, therefore, is a shared cultural heritage. The simplicity of the products (cheap and some, such as sweets and ready-made food, not healthy) in addition to the title of the items, often in Spanish written according to the Dominican accent, also indicate the socio-economic reality of this community in the United States and its level of integration. In this context, and in this piece in particular, the banana is an inescapable sign of the Latin American identity, almost like a passport: it’s not only an essential ingredient in people’s diet but also its journey from its place of origin to the place of consumption represents the journey undertaken by thousands of migrants. In the Hierro work, therefore, the pop aesthetic (it’s hard not to remember Andy Warhol’s tins) combines identity politics, autobiography and social criticism.