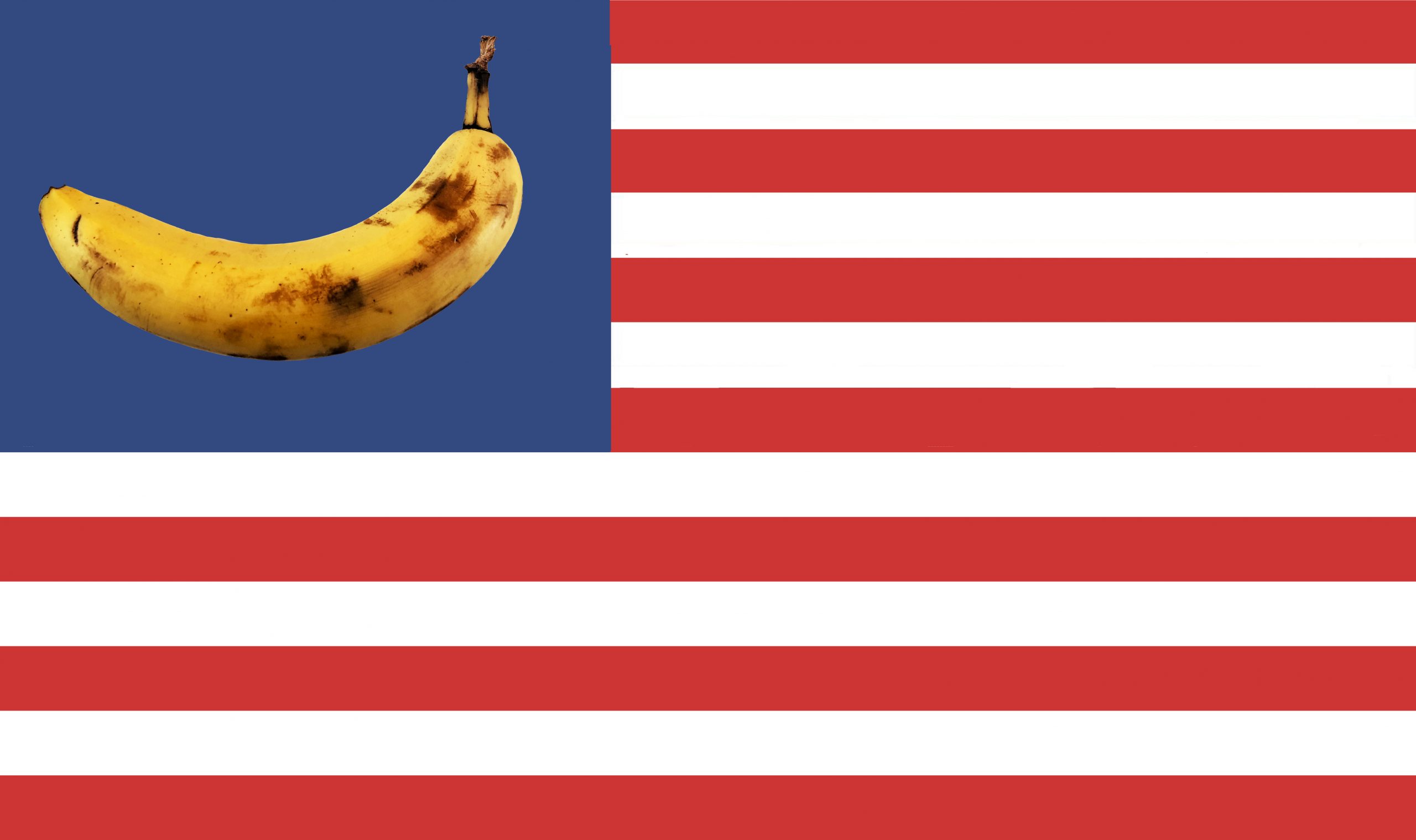 Based in the United States since the 60s, the Uruguayan conceptual artist Luis Camnitzer is one of the major exponents of Latino art. When Donald J. Trump became President of the United States in 2016 Camnitzer decided to start a public campaign on the platform change.org to ask the president of the Republican Party, Ronna Romney McDaniel, to change the name of the party to ‘Banana Republican Party’ in order to, in Camnitzer’s words, “reflect the recent ideological changes in US politics.” Since the campaign didn’t receive much attention (it only got 73 signatures), Camnitzer decided in 2017 to organise his own party of that name, of which he is thus far the founder, president and only member. Alongside this, Camnitzer also redesigned the US flag to reflect what he considered to be the new identity of the country.  In his design the stars on a blue background are replaced by a banana. In this way the flag represented the country’s new ideology (chaos and totalitarianism previously associated with banana republics) instead of traditional geography (the 50 states which make up the country), based on the expropriation of land from its first inhabitants. Some years later, in 2021, after the assault on The Capitol by far-right and white supremicist groups against the ratification of Joe Biden as the next President, George W. Bush compared the situation with that of “a banana republic”. Camnitzer then published his flag on Facebook announcing that long ago he had already had the feeling that the US was a banana republic. The post received 457 likes and was shared 125 times. In this work Camnitzer inverts traditional discourse by accusing the US, responsible for many inequalities and coups in Latin America, of being a corrupt country run by populists.