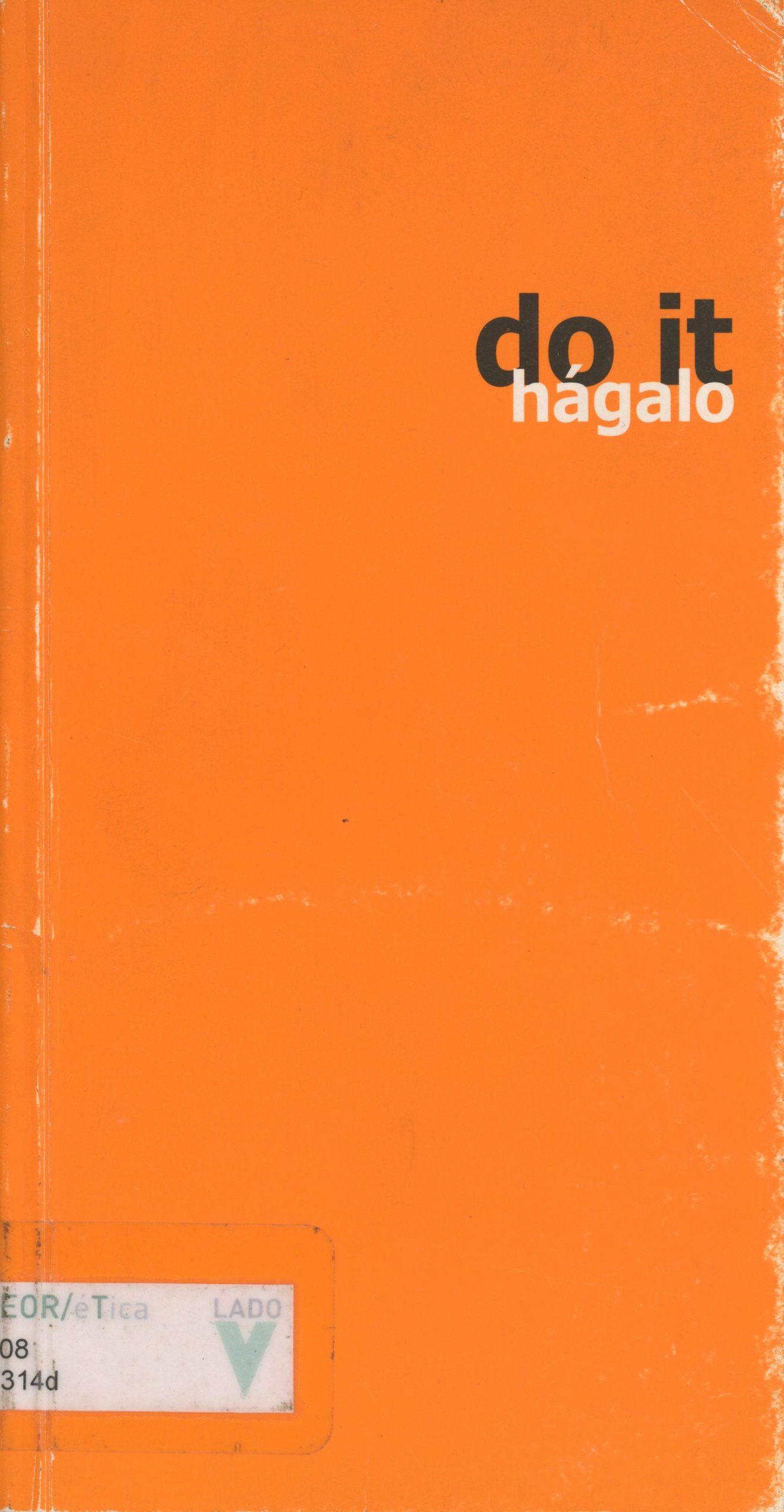 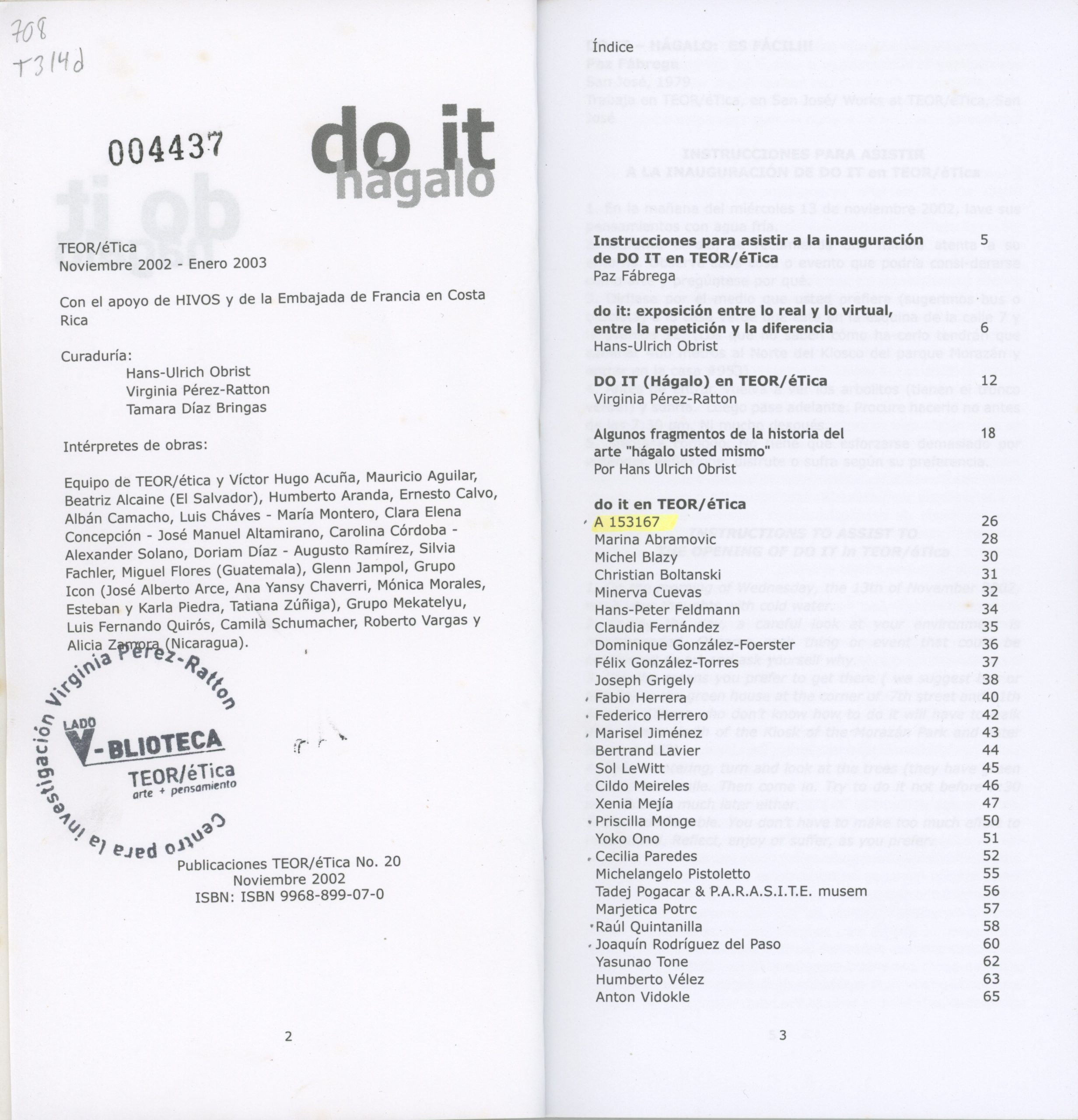 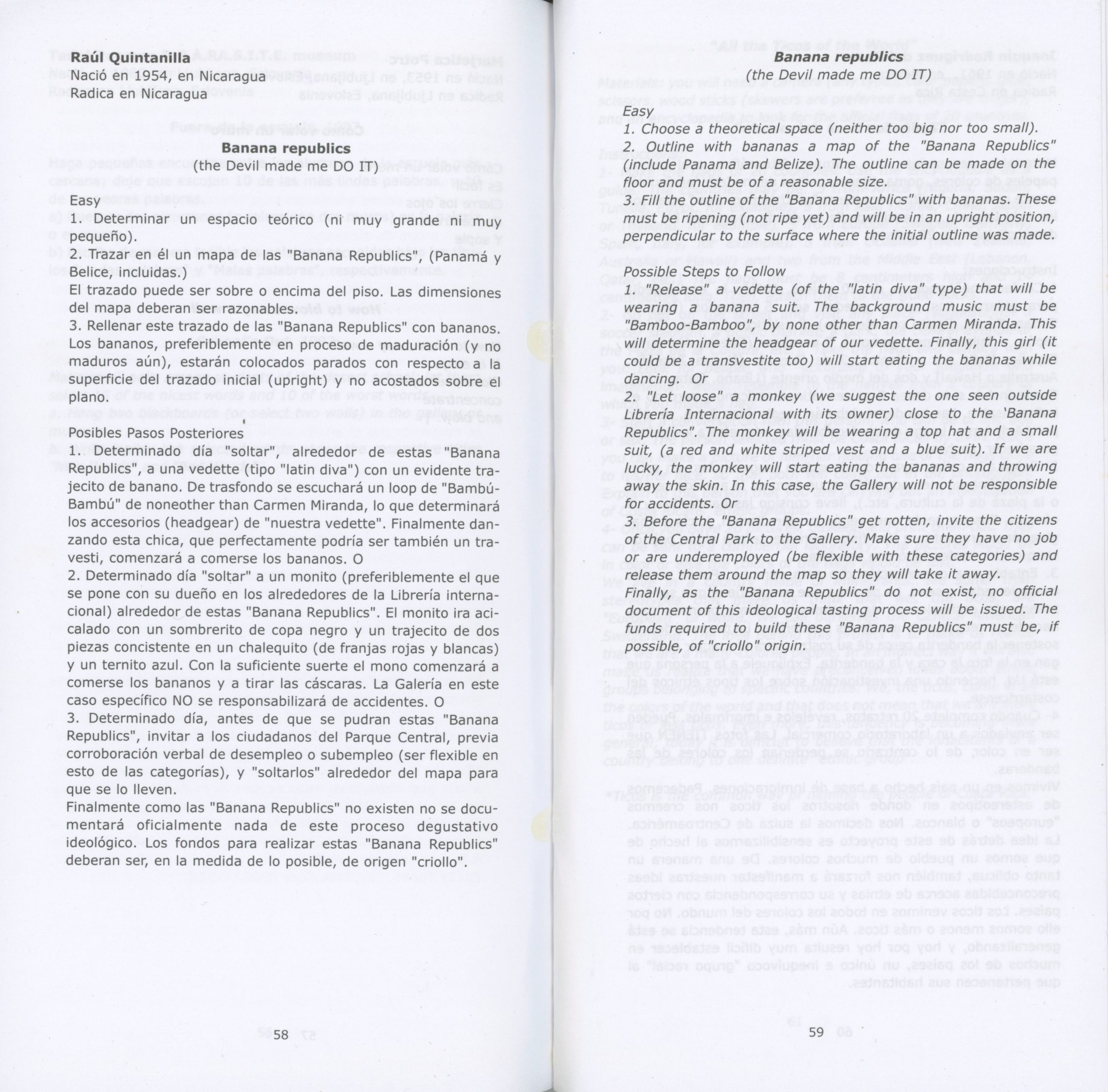 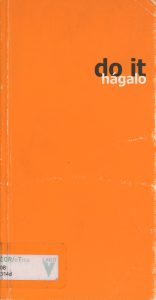 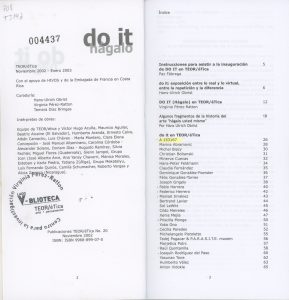 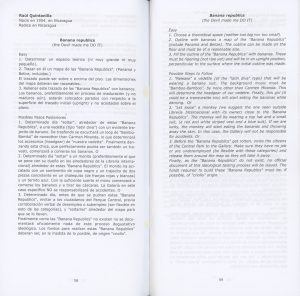 In 1993, curator, Hans-Ulrich Orbist, and artists, Christian Boltanski and Bertrand Lavier, devised a proposal for inclusive art entitled Do It, making reference to “do it yourself” type projects. The artists invited to participate in the project were asked to create instructions such that anyone could create a piece, rather than to produce finished pieces to be exhibited in gallery rooms. This project has grown enormously over the years and has been taken part in all over the world. In 2002, the project was carried out in TEOR/éTica’s space in Costa Rica and for this version, the Nicaraguan artist, Raúl Quintanilla, designed the instructional piece entitled Banana Republics (The Devil Made Me DO IT). The piece consisted of choosing a space, drawing out a map of the supposed “banana republics” (including Panama and Belize), and filling in the drawing with green bananas arranged vertically with respect to the initial outline. Afterwards, the artist offered more options on what to do. For example, you could bring a cabaret singer dressed up with Carmen Miranda-like accessories to dance to the sound of “Bambú-Bambú” while eating the bananas; or bring a monkey – preferably one easily recognisable in the context of San José – to eat the bananas and throw the peels into the exhibition space as a kind of circus show. The last option consisted of inviting people from San José Central Park, after confirming that they’re unemployed or “underemployed”, to visit the map and take the bananas before they rot. The first stage of the piece, that is, the construction of the map of Central America, was carried out by boxer, Humberto Aranda. Only a photograph of this installation survives, since Quintanilla’s instructions indicate that the action should not be documented (arguing that “Banana republics” do not exist) and that the funds for its production should come, as far as is possible, from “Creole” origins, that is to say, from white origins. This way, the piece survives as it was originally intended: as instructions for the creation of a work of art that anyone can do.