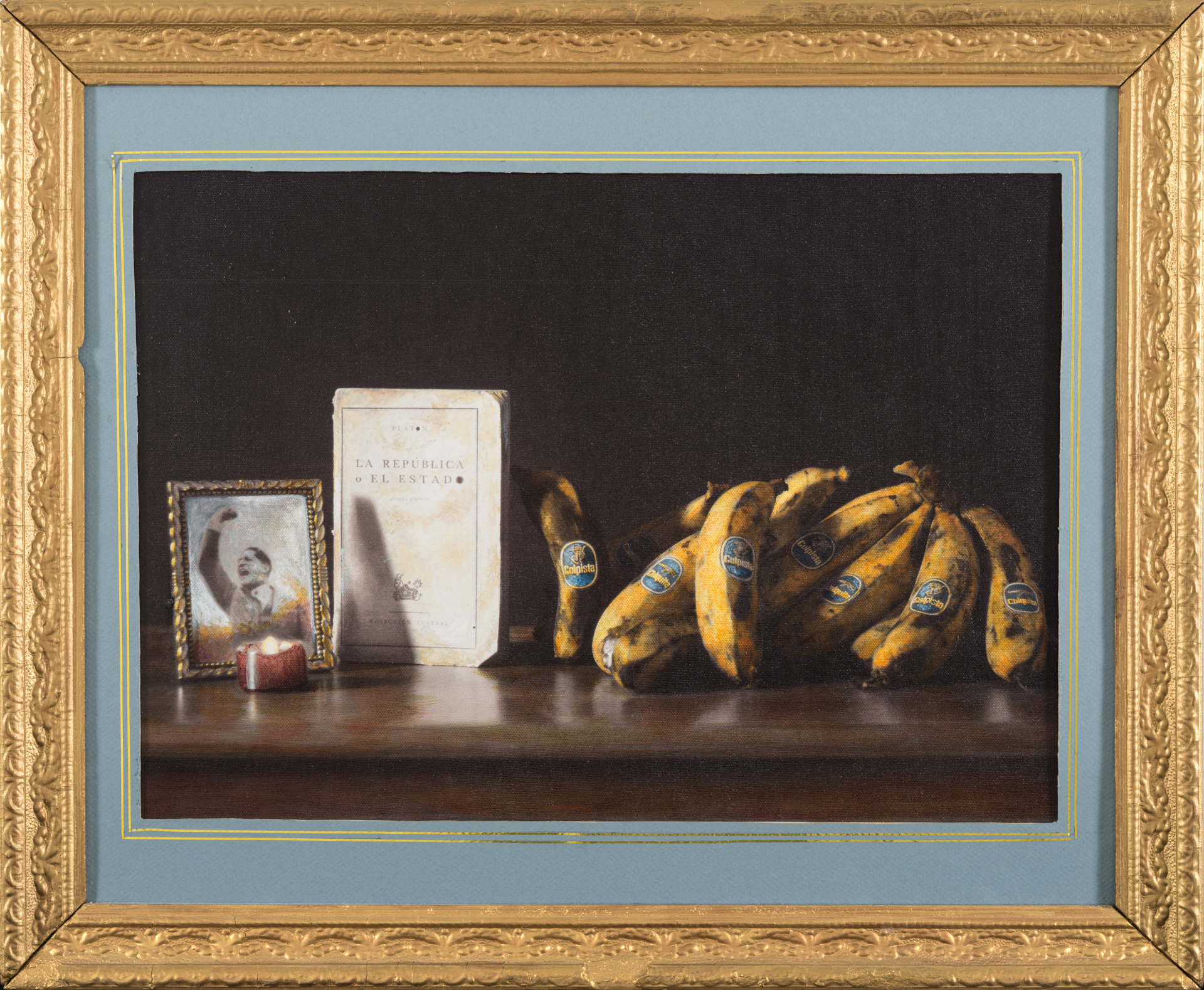 Bravo Salamanca uses the baroque style of painting known as vanitas to reflect on the history of violence in Colombia. The brevity of life alluded to in the still-life with skulls of eighteenth-century Catholicism becomes topical in the case of twentieth-century Colombia. A bunch of rotting bananas bearing Chiquita Brands International Inc. labels recalls the 1928 banana-worker massacre whilst a lit candle pays tribute to the hero of the murdered workers, Jorge Eliécer Gaitán, a lawyer who was later assassinated during his presidential campaign extinguishing the people’s hopes of transformation. The piece is made up of a black and white photo printed with ink on canvas, which depicts the history as a story that becomes hazy with the passage of time.