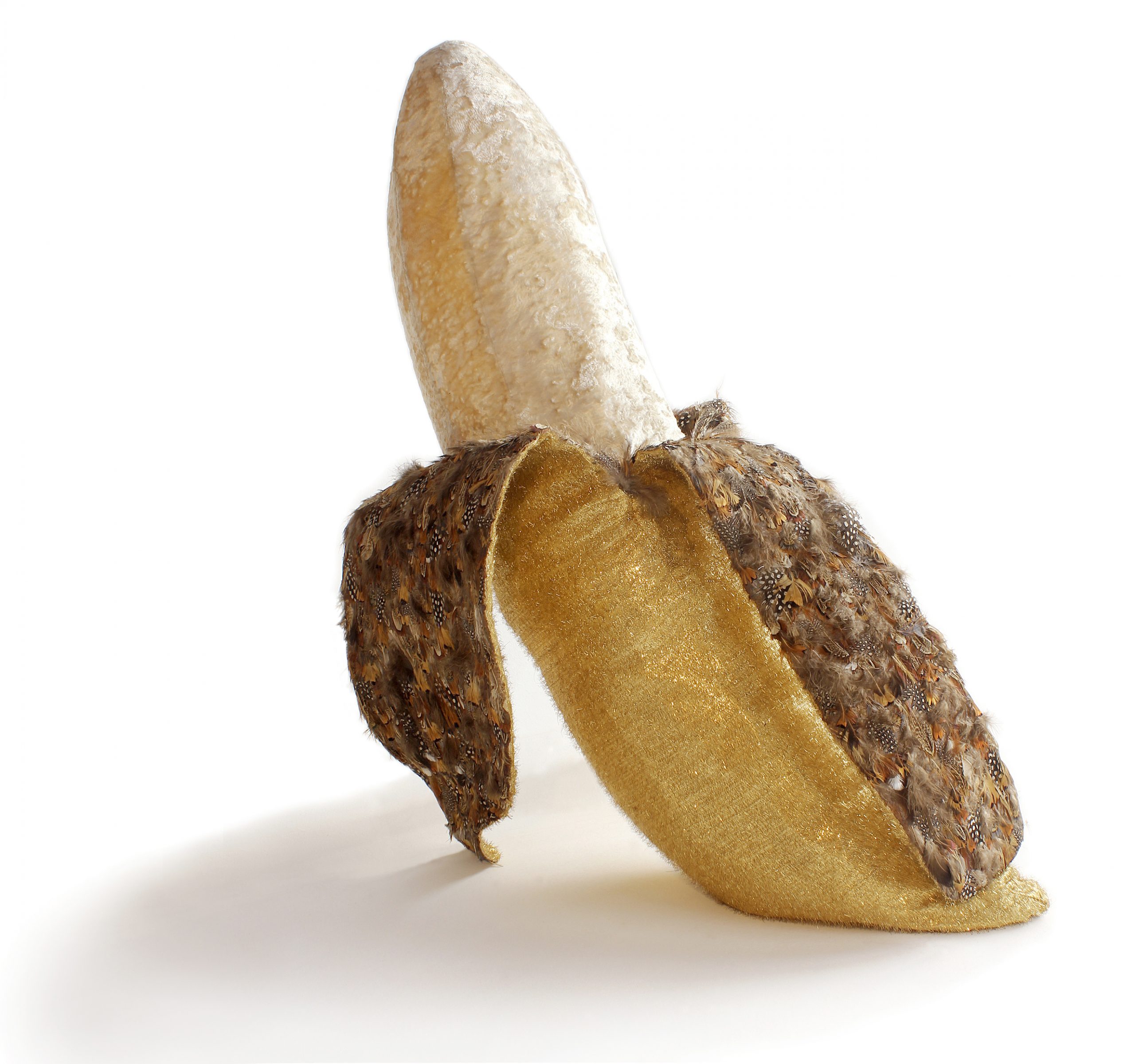 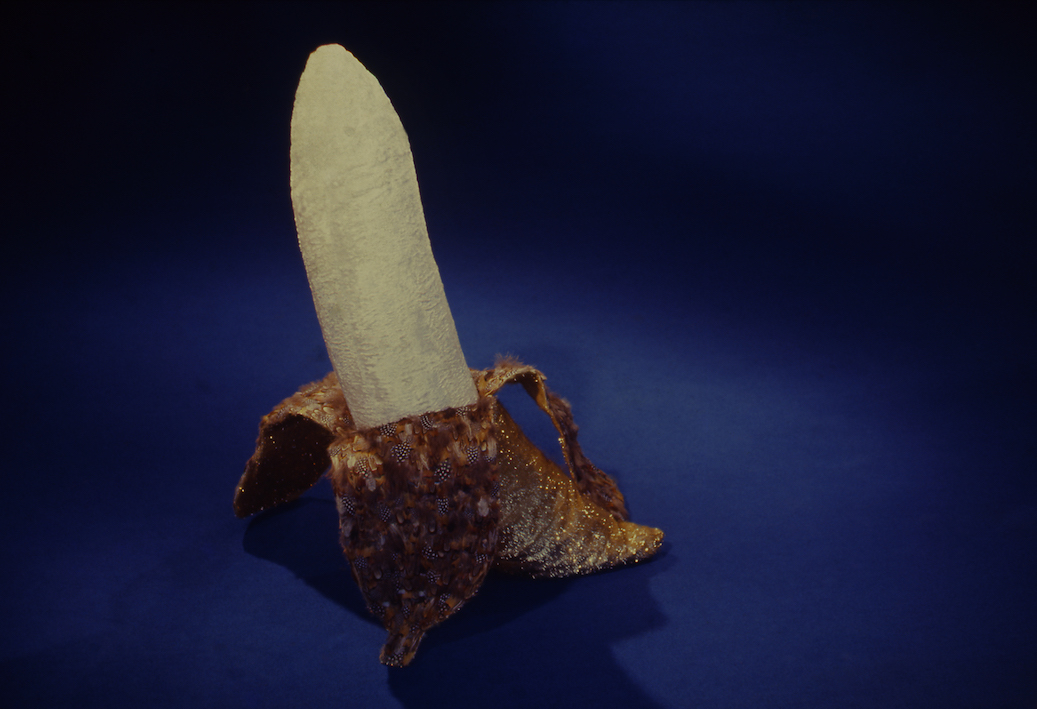 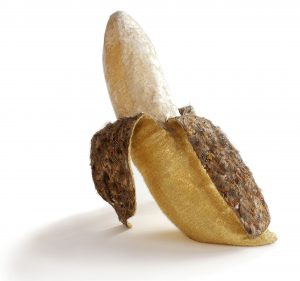 Covered with a shiny quilted fabric and with feathers on the back of the fruit’s opened peel, Banano emplumado is a piece of work by the Costa Rican artist Victoria Cabezas that reflects on the exotic and colonialist perceptions of the cultures of those Central American countries known since the 20th century as “banana republics”. The piece has multiple layers which can be read into, since both the title and its material nature also refer to the pre-Hispanic and colonial past of this territory, as well as problems around the construction of gender. The title of the piece refers to the pre-Hispanic cultures of Central America, in particular to Quetzalcoatl, the feathered serpent from which Mesoamerican people descend from according to myth. Various indigenous communities such as the Maya, K’iche, Pipil and Zapotecs claim their lineage from this god. The reference to feathers is also a nod to feather art, also of pre-Hispanic tradition which was taken up during the colonial period for the creation of works of a European religious character with Christian inspiration. The feathers can then be read as a form of resistance and permanence of a culture despite both ancient and contemporary colonialization processes. On the other hand, the large size of the banana refers to the use of this fruit as an erotic symbol associated with the idea of hegemonic masculinity, which is questioned here through the use of the soft and shiny fabric that covers it. By creating a soft and caressable incarnation of the banana, the work disperses and multiplies the connotations of the erotic by activating references that fluctuate between childhood toys and adult sex items.