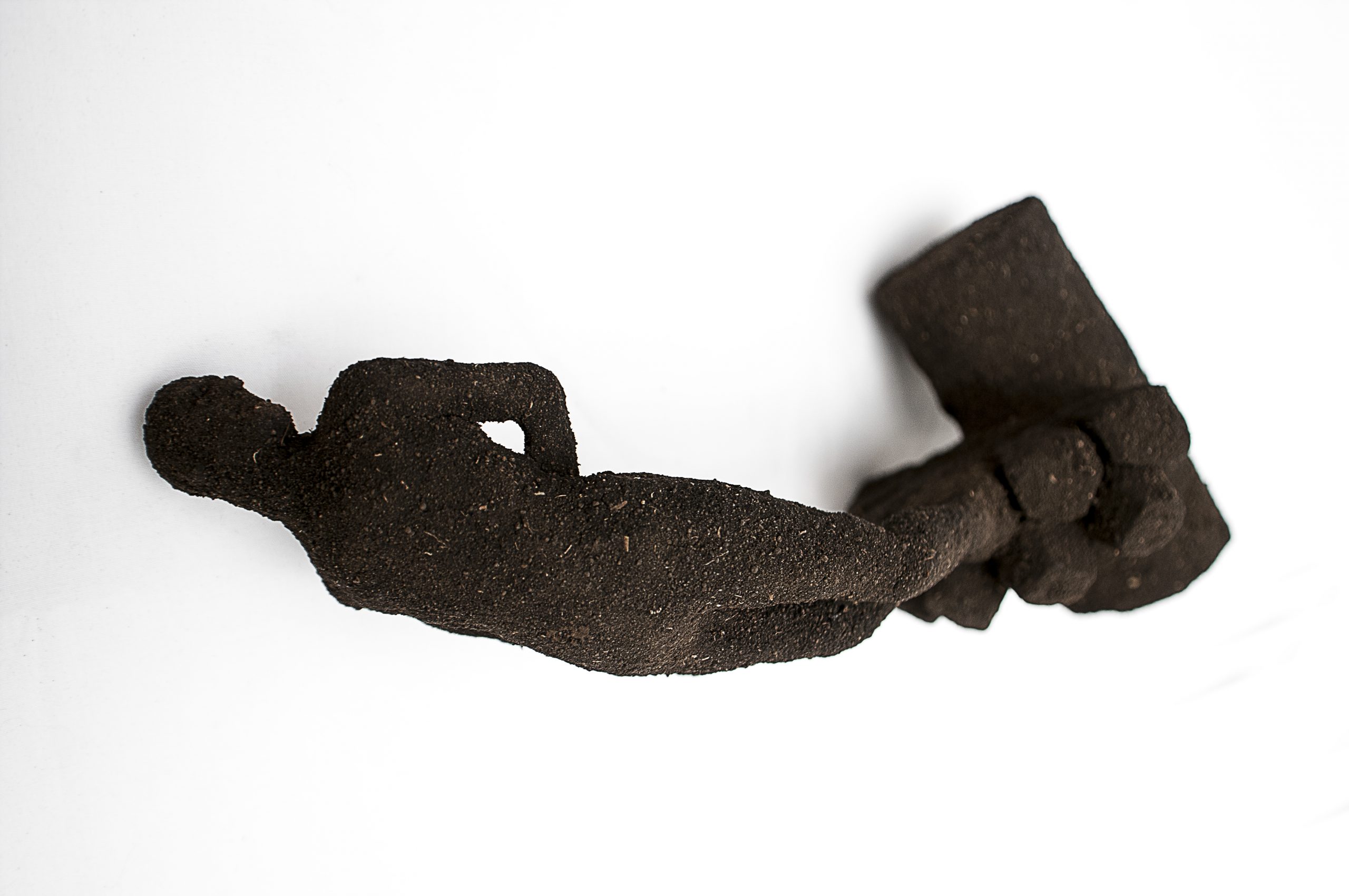 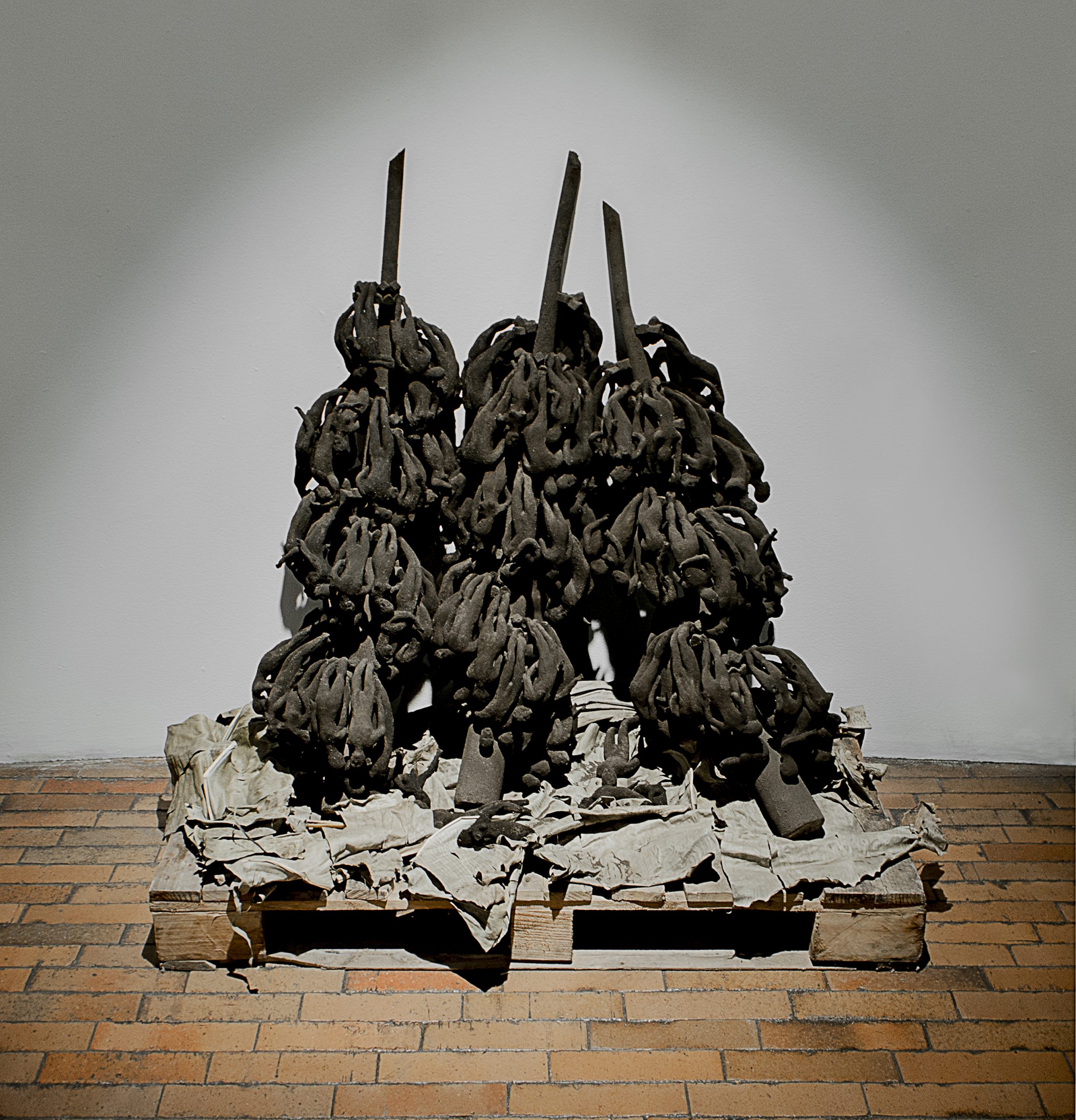 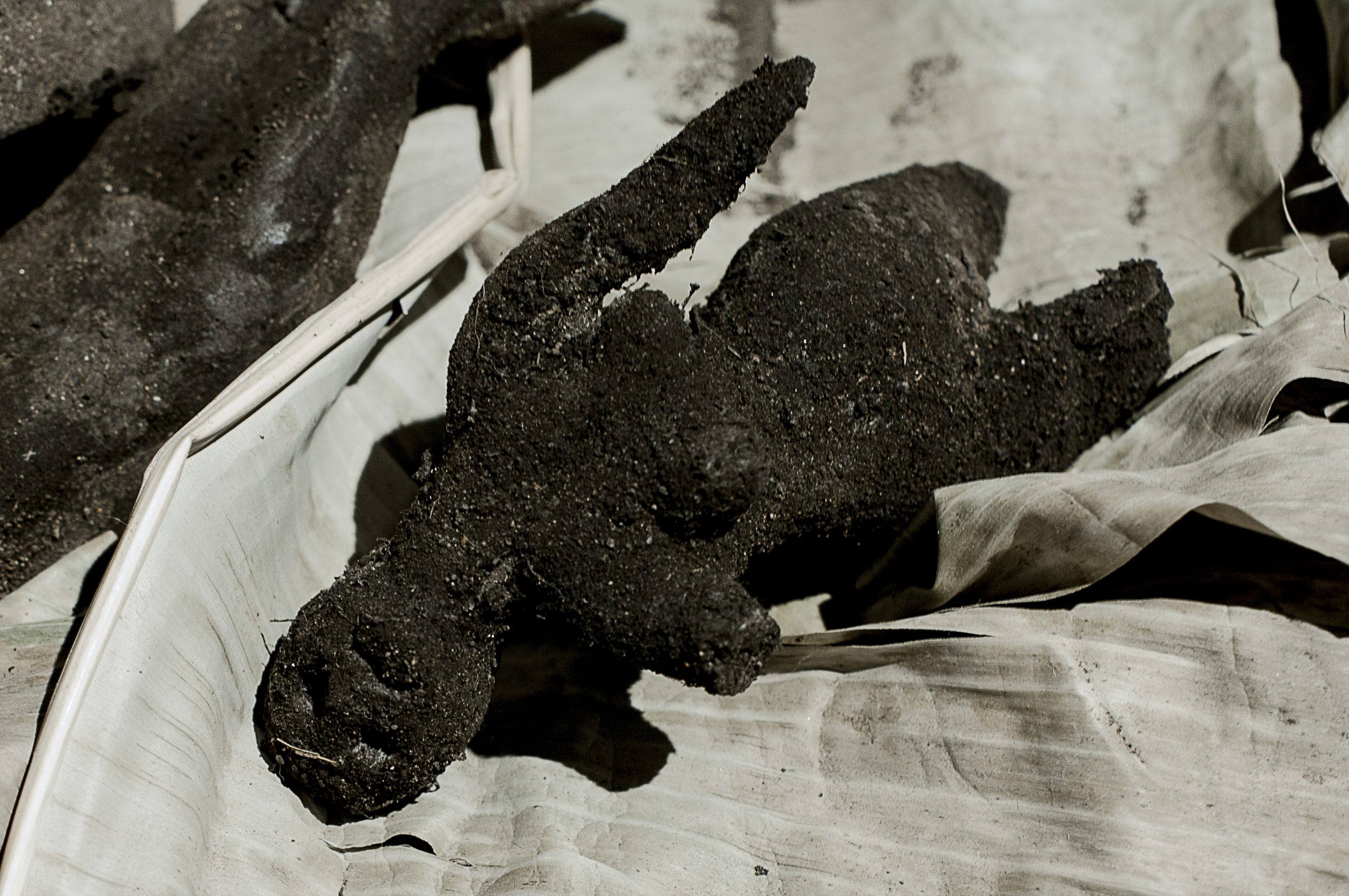 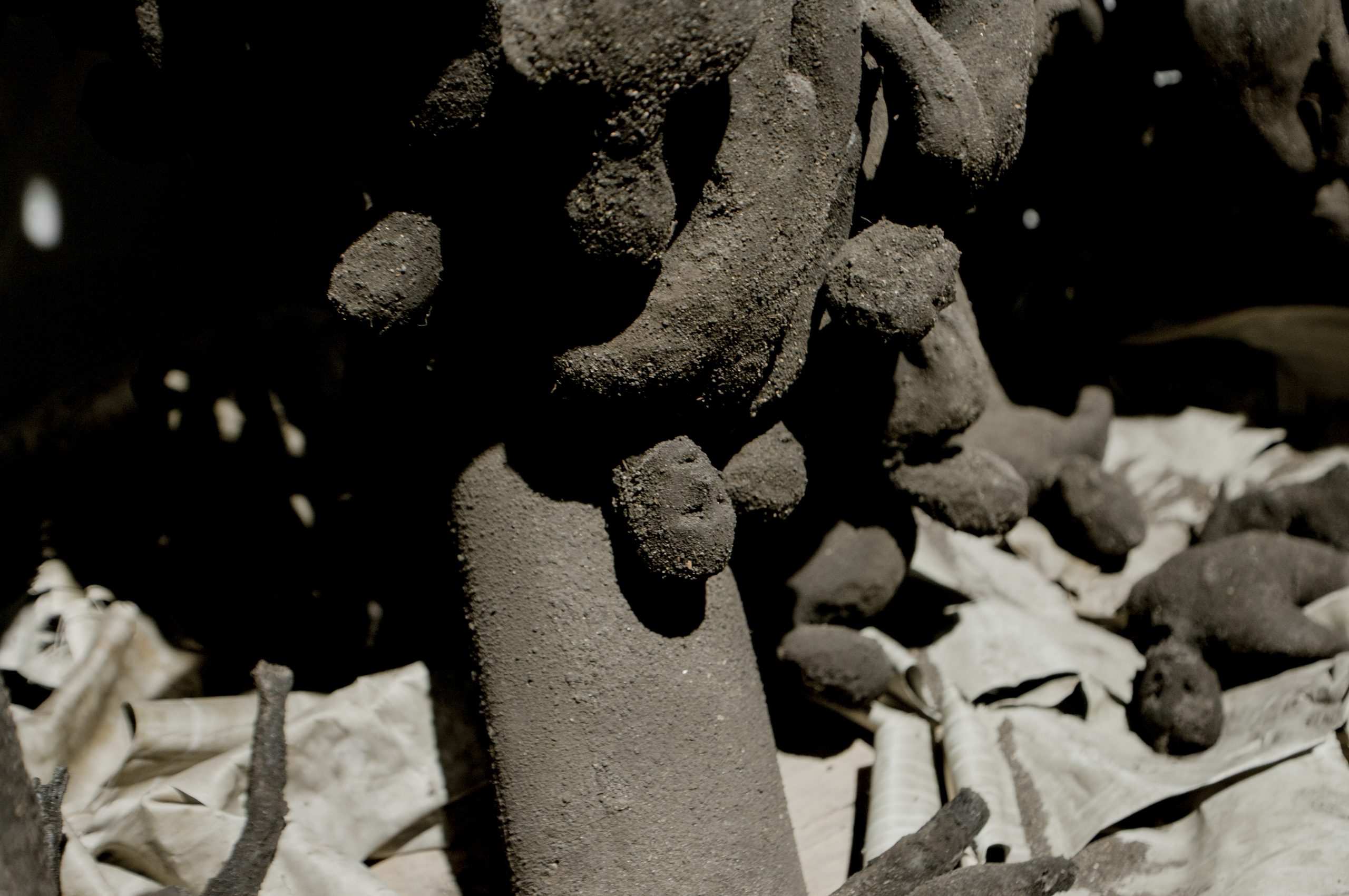 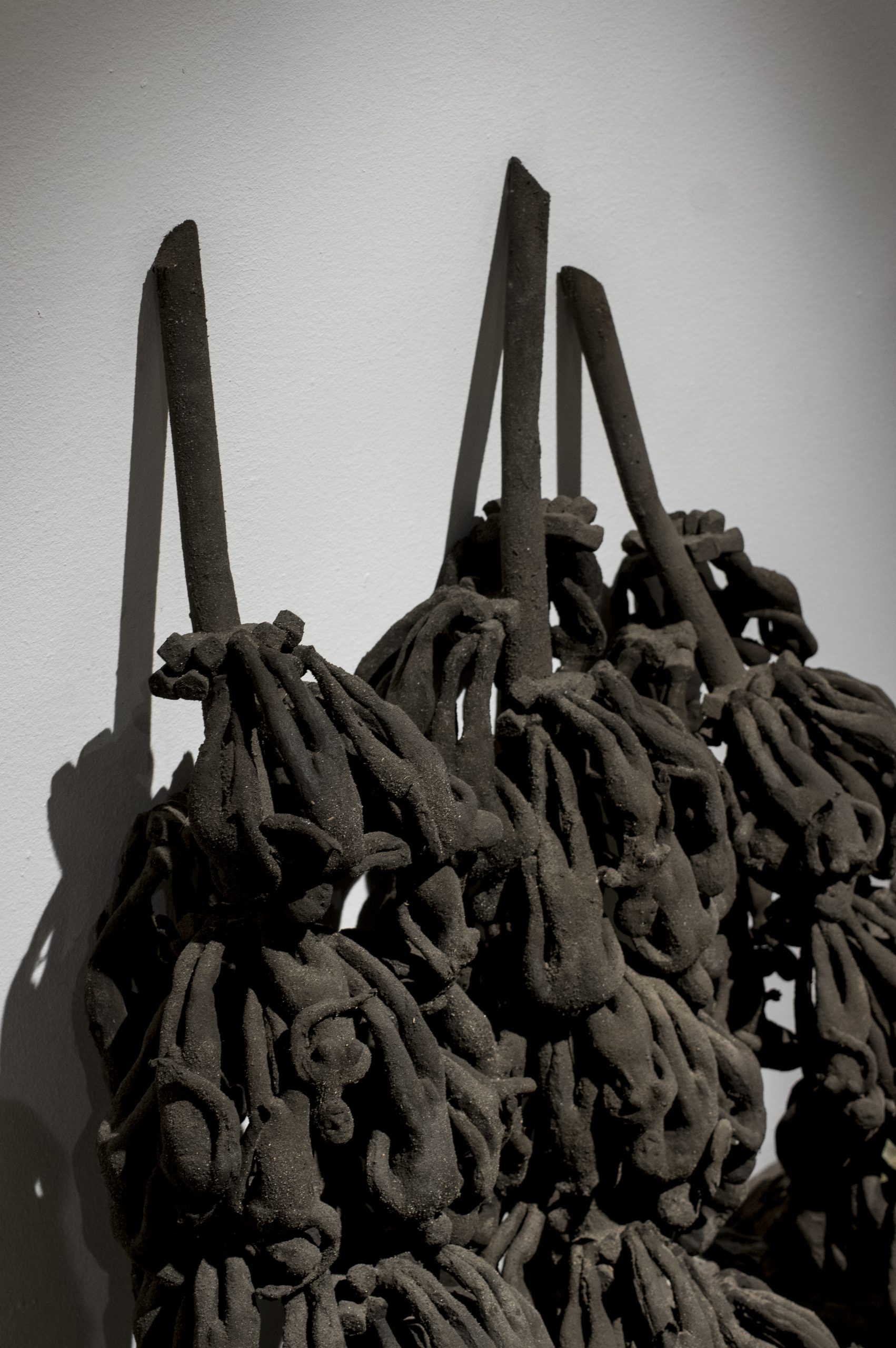 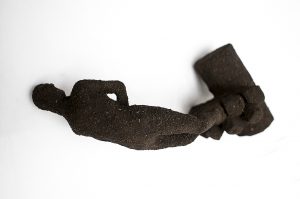 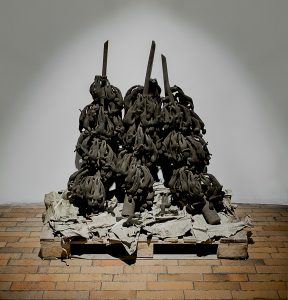 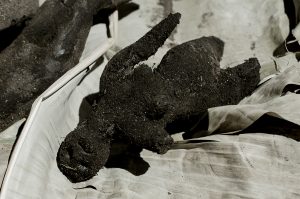 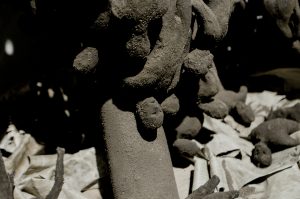 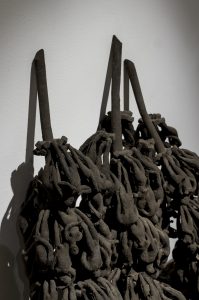 Colombian artist and architect, Leonardo Gallego, took the well-known massacre of the banana workers in 1928 as the starting point for this work, reflecting on the trauma of the repeated episodes of violence that were suffered by the citizens of his country.  In this large format installation, Gallego sculpts three enormous branches from a banana tree filled with bunches of bananas, and he places them on pallets covered with newspaper and dust.  The banana bunches are made with soil from three places that have witnessed the violence that was linked to the political, social, and economic abuses that resulted from the internationalization of the banana industry starting in the 20th century.  The places include the banana cultivating area of Ciénaga, the train station that was the location of the massacre, and the capital city of Bogotá, where the powerful architects of this dramatic episode lived.  Even though Gallego retains the original curvature of the fruit, he models each of the bananas in the form of a human figure, as if they were charred bodies, victims of the violence.