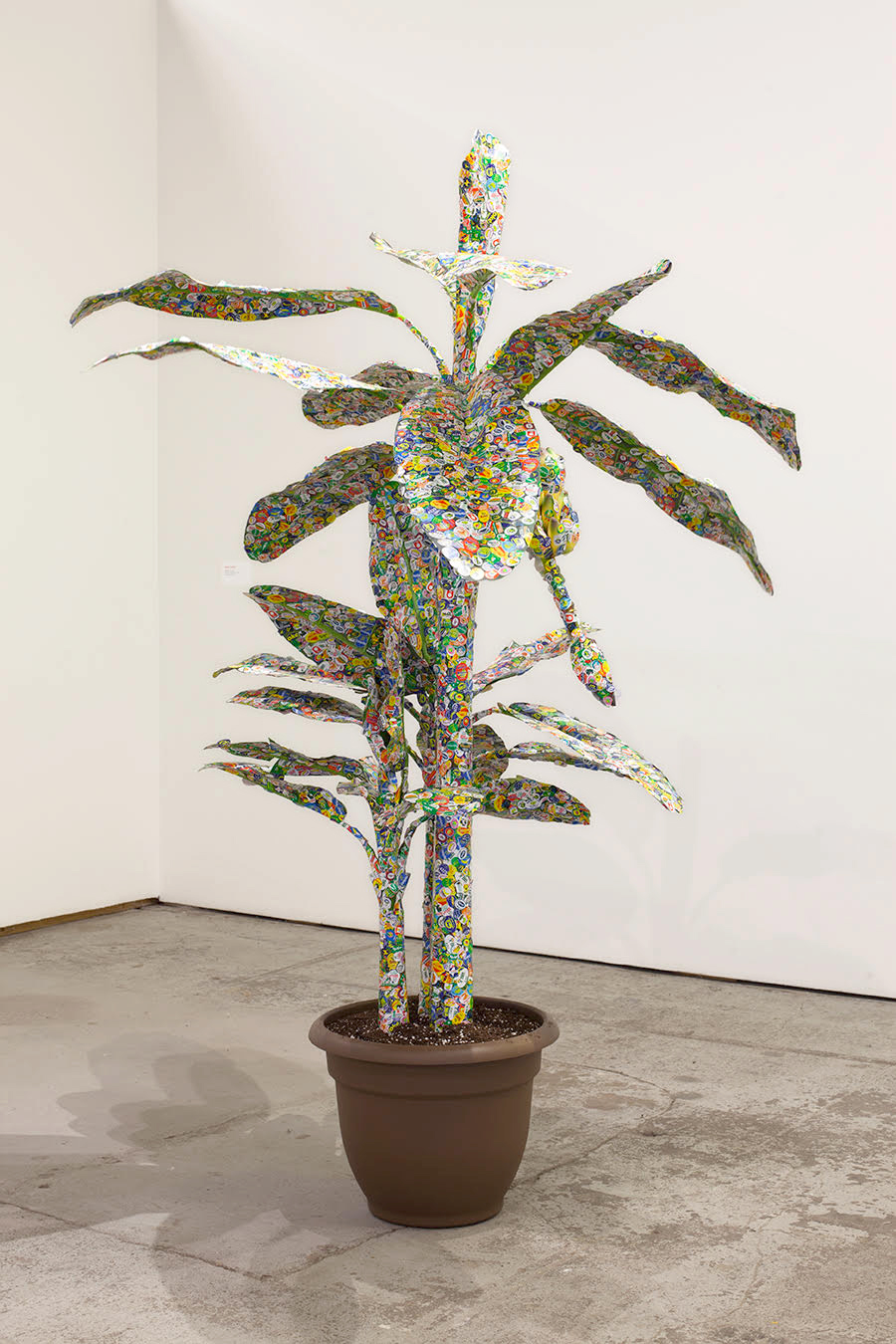 The work Bananeras by the artist Adriana Martínez consists of a banana plant completely covered by the stickers that have been placed on the fruit to indicate both their place of origin and the company that produced them. The work was first presented as part of the Mercadería Justo x Bueno exhibition, which sought to reflect on the art market by appropriating the name and logo of the low-cost Colombian supermarket Justo & Bueno. So, as the exhibition suggested, Bananeras examines “the relationships between production and trade, seeing art in its potential as a commodity, object or product and questioning its exchange/sign value”. Martínez’s work relates to bananas, an affordable fruit that is widely available, which, like art, is a commercial commodity, object and product. Bananeras also questions the origin of the fruit, looking at both where it is commercially produced and where it is naturally grown. Finally, the title Bananeras broaches the 1928 Banana Massacre (Matanza de las bananeras in Spanish), when striking banana plantation workers were killed in the Colombian town of Ciénaga on the Caribbean coast.