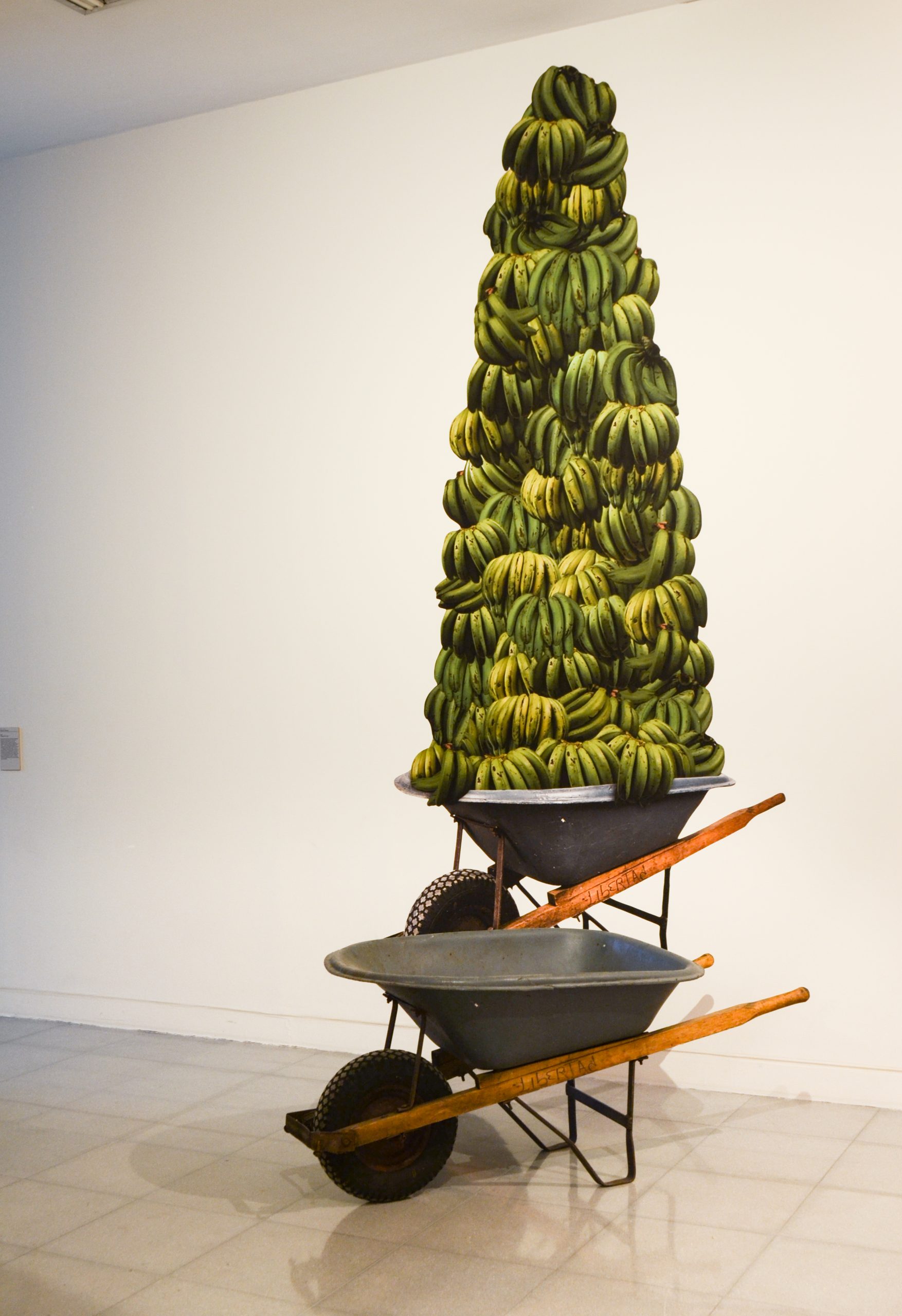 The works República de bananas and Balance are dedicated to Colombian banana heritage. In both installations the artist Jaime Tarazona gives a nod to the work of the conceptual artist Joseph Kosuth, known for analytically throwing the relationship between reality and representation off balance. República de bananas is composed of a wheelbarrow to transport bananas and an adhesive print of a wheelbarrow loaded with bananas. In Balance, a scale is weighing a bunch of bananas in front of a poster of a scale loaded with a bunch of bananas. Tarazona is making reference to Colombia’s banana conflicts: from the Ciénaga massacre of 1928 to the expropriation of lands belonging to smallholders by paramilitary groups between 1990 and 2007. The artist also explores the limits between everyday objects and artistic objects and examines the role of amateur, artistic and journalistic photography, which articulate diverse methods of reflecting, but also sometimes manipulating reality.